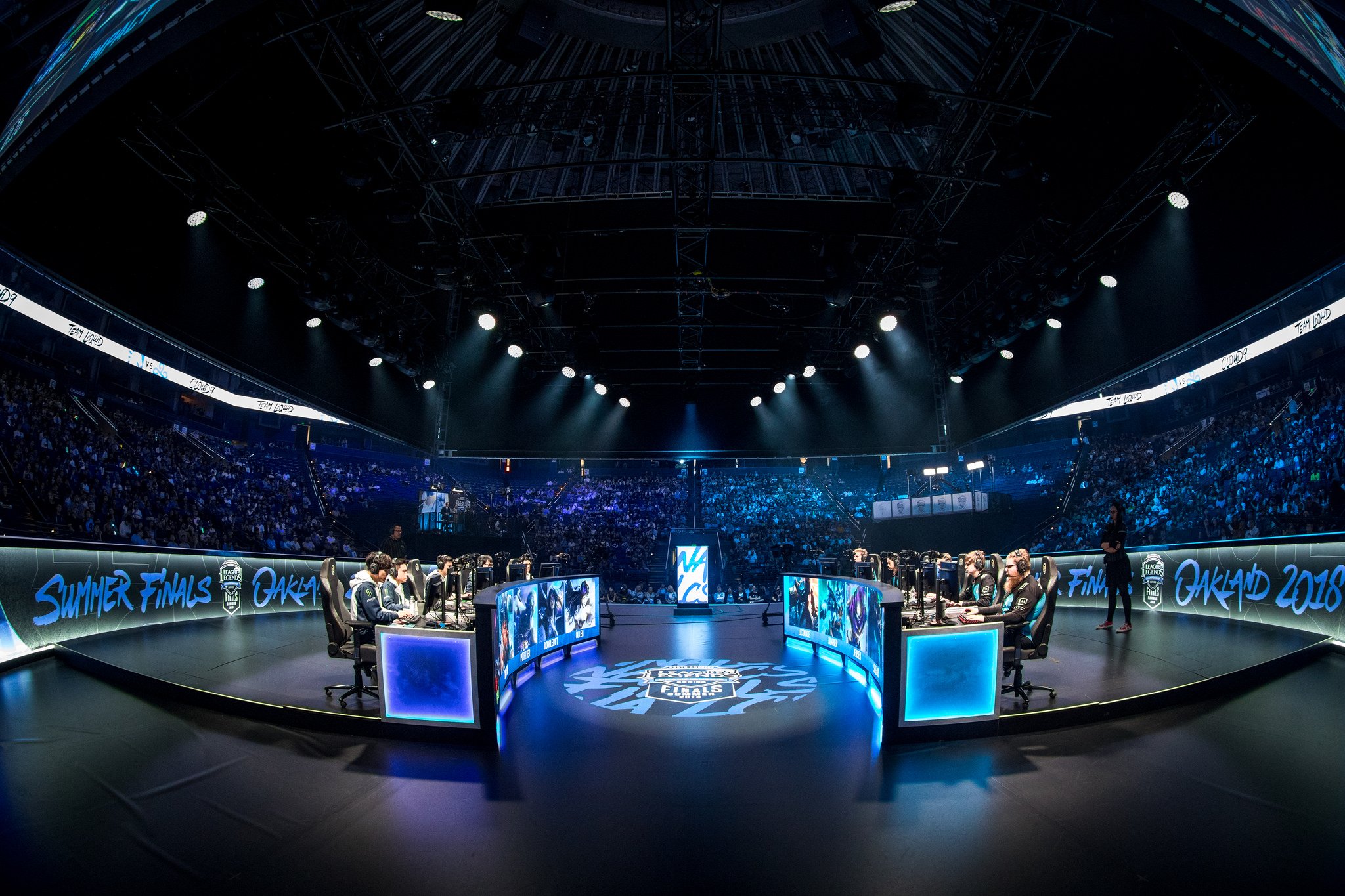 League of Legends is celebrating its 10-year anniversary. With season nine of pro play almost coming to an end, there have been many iconic moments throughout the game’s history that have earned players a place in the game’s history books.

These are the plays that make fans ask “where were you when this happened?” From the most minute plays to the biggest pop-offs, these few moments have defined how League has been played at its core.

This is an exhaustive list of the most ground-breaking League plays in history. The game is full of history, with thousands of competitive games to pick from, only to count a handful of plays in the end. As they happen, we’ll come back to update this list of amazing plays.

Very few players can say their legacy in the game was tied to one moment in time. Even with such a successful career, Enrique “xPeke” Cedeño Martinez is one of those few. During IEM Katowice 2013, European powerhouses Fnatic and SK Gaming came up against each other in a crucial decider match to determine who would progress to the playoffs.

After a back-and-forth 55 minute thriller saw both teams launch at each other’s Nexus again and again, Fnatic’s mid laner decided to give SK Gaming’s exposed Nexus one last crack while at 25 percent health. Using Kassadin’s mobility to the absolute max, xPeke finished it off with not a frame to spare in arguably the game’s most iconic play.

SKT and ROX came into Worlds 2016 as two of the strongest teams in the world. Both heralding from Korea, they had duked it out numerous times in the 2016 LCK seasons, with ROX holding the 3-2 head-to-head advantage over SKT.

After SKT found a pick onto ROX’s Han “Peanut” Wang-ho in the mid lane, ROX were committing to a top side push with Lee “Kuro” Seo-haeng on Karma and Kim “PraY” Jong-in on Ashe. With SKT realizing that the game could end there and then, they hurried back to base to try and stop their siege. But PraY’s frame-perfect arrow onto Lee “Duke” Ho-seong’s Ekko stopped the key teleport and allowed ROX to tie up the series.

Lee “Faker” Sang-hyeok is League’s undisputed best player of all time. While there have been many iconic plays throughout his career, none were as magnificent as his one-vs-one against KT B’s Ryu Sang-wook.

Back in the days of game five blind pick in Korea, in the grand final of the Hot6 Champions Summer, Ryu made a desperate play onto Faker. Both of them were playing Zed, and Faker showed us his mechanical prowess right at the very start of his career. This foreshadowed the legacy he’d create for himself over the next few years.

With Worlds 2019 going on, however, Faker might surprise fans with a new play that could make it onto this list.

All-Star is usually a great time for fans to see the best players from their favorite regions fight for bragging rights after Worlds. It’s usually for a bit of fun, but Choi “inSec” In-seok’s Lee Sin play defined the way the champion has been played ever since.

After using Resonating Strike to lock onto Peter “yellowpete” Wüppen, he ward-hopped behind the Varus to kick him into the enemy team, putting the immobile marksman way out of position before his team could scramble to help. While it wasn’t the first time inSec had done the kick, it was the kick that catapulted his namesake play to glory.

Taipei Assassins were never expected to make it far at Worlds 2012. The Taiwanese squad were largely unproven against the powerhouses of NA, Europe and Korea. But putting in a fighting effort game-after-game saw them take down the likes of Moscow Five and Najin White Sword on their way to the final against Azubu Frost.

In game three of the best-of-five, TPA’s mid laner Lau “Toyz” Wai Kin was given his signature Orianna and made a game-defining play onto Lee “CloudTemplar” Hyun-woo’s Shen. While it’s not anything flashy, the pixel-perfect pick onto Azubu Frost’s jungler snowballed the game out of control as TPA went on to claim an unlikely world title.

Kang “TheShy” Seung-lok is one of the game’s rising stars. The 19-year-old Korean has staked his claim as the king of top lane and he proved it against G2 Esports at Worlds 2018 with the Q felt around the world.

With his jungler Gao “Ning” Zhen-Ning getting picked off at the start of the fight, TheShy stood his ground in river against a five-man G2 squad and ended their momentum with one Aatrox combo, with the final Q landing onto four of the Europeans. The game was turned dramatically on its head as Invictus Gaming started their onslaught on the way to their first Worlds title. Fans have high expectations for TheShy, who still plays under the banner of IG at this year’s Worlds.

Royal Club vs. Oh My God

Although he hasn’t won a world championship, Jian “Uzi” Zi-Hao is considered one of the best marksman players of all time. His best marksman? Vayne. He put it on display against fellow Chinese team Oh My God at Worlds 2013 with insane kiting and attack spacing to miraculously survive the game-deciding teamfight.

Diving right into the backline isn’t usually taught in marksman school, but showing no fear allowed Uzi to snowball the game out of control as he cleaned up shop for an iconic ace.

“I never doubted them” – Mid-Season Invitational 2016

CLG vs. Royal Never Give Up

With a 15k gold lead, the game looked all but wrapped up for China’s Royal Never Give Up in the MSI 2016 group stage. But two clutch plays from CLG in the final five minutes of the game turned the tides around as they won the game with a 5k gold deficit.

First it was Jake “Xmithie” Puchero’s dragon steal after a brilliant use of Kindred’s Lamb’s Respite to win the smite battle. Then, four minutes later, Trevor “Stixxay” Hayes demonstrated perfect Kalista kiting to stay alive and finish the game off for the North American hopefuls.

Hong “MadLife” Min-gi, in his heyday, was the most feared Thresh player in the world. His hooks were phenomenal, constantly finding targets in the most awkward situations. But the two hooks that immortalized his name in League were both against MiG Blitz in Champions Summer 2013.

In game one, he flashed over into the blue-side blue buff pit to hook Jeong “Apple” Cheol-woo’s Kennen. He backed it up in game two with a perfect Arcane Shift prediction to catch out Go “Ggoggo” Su-jin’s Ezreal. Now, whenever a Thresh catches an enemy seemingly out of nowhere, it’s a MadLife.

Although this just happened at the start of the season, this play will stand the test of time. In a classic battle, the old guard of Korea in SKT were battling against the new guard, Griffin, in an absolute thriller. After an awry teamfight at 30 minutes put Griffin far behind their veteran enemies, a last-ditch backdoor was the only option to snatch victory from the jaws of defeat.

With jungler Lee “Tarzan” Seung-yong using Evelynn’s Last Caress to dash over the base gates to get by Kim “Khan” Dong-ha’s control ward, he then placed one of his own to allow Choi “Sword” Sung-won’s Yorick and Jeong “Chovy” Ji-hoon’s Irelia to teleport in, all while Son “Lehends” Si-woo and Park “Viper” Do-hyeon stopped the rest of SKT’s recalls. A perfectly executed team play allowed Griffin to keep their undefeated streak alive and start a new page in Korea’s League legacy.

Griffin are in the quarterfinals at Worlds 2019. They have a lot to prove, and this play sets them up for high expectations.