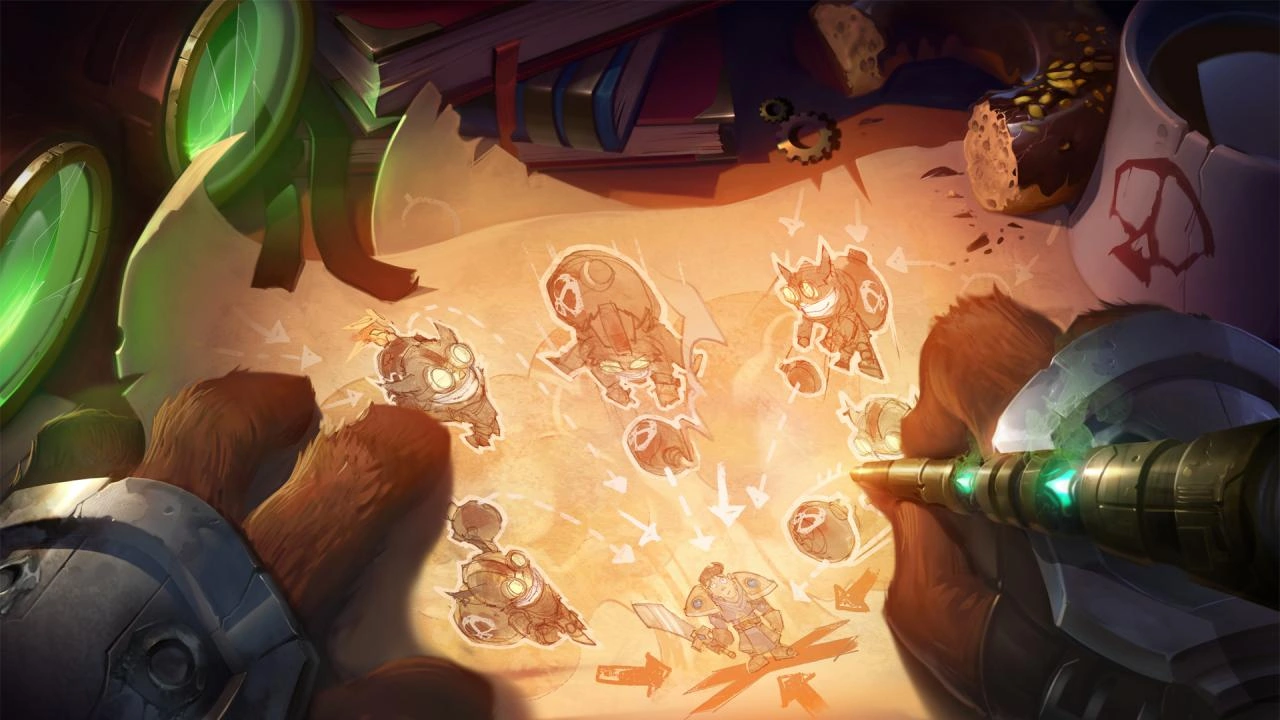 It’s been almost two years since League of Legends fans last played One for All, a hectic game mode where five players on one team choose the same champion to do battle on Summoner’s Rift. If you’ve been missing a fiesta like that, then you’re in luck because the mode has made a return to the League PBE.

There have been plenty of new champions to grace the game since 2018, so we’ll be going through some of the best—and funniest—combos to try out with your friends when the mode hits the live servers for Patch 10.6.

Yuumi can be one of the most infuriating champions to deal with in a normal game of League, but in One for All, she could be a ton of fun for a full team of five. As seen in a preview from Riot game designer Lowbo, all four Yuumis can attach themselves to one single Yuumi.

The result is a “Gangnam Style” cat with four homing missiles firing from the one pilot at the reins. Each Yuumi can also heal the same player, making them almost impossible to kill when combined with the five ultimates that can be used as well. Yuumi’s auto attack shield passive also stacks, so four Yuumis can auto attack an enemy and place a huge shield onto the main cat.

The Great Iron Golem is still one of the most fun champions to choose in One for All. Lining up a grab chain with five Blitzcrank’s can lead to some hilarious moments for your team—and a depressing moment for one of your unfortunate enemies.

Voice comms will make things a lot easier when you try to pull this combination off since there are so many champions with mobility spells that will make it harder to hit your grabs in the first place.

Yasuo is the most-played champion in the mid lane on Patch 10.5, and in One for All, he’s still one of the most fun to pick. If one Yasuo hits a knock-up, the entire team can dive in with his ultimate, dealing massive amounts of damage.

It’s also likely that you’ll be able to get an ultimate combo off since the enemy team will have to dodge five tornados at the same time. Five windwalls can be obnoxious against a ranged enemy team, too, since you can practically wall off an entire lane.

Zac has slowly crept up into the meta as a possible flex pick for top, jungle, and support, but he’s always been a fun champion to play in One for All. It’s pretty simple. The bounce house that you and your friends can subject upon your enemies will have you all laughing hysterically while you ace the enemy team.

This team has a ton of crowd control with his Stretching Strikes, Elastic Slingshot, and ultimate. He can also be built a few ways, whether you want to tank or if you want to do some heavy AP damage. He even has great sustain with the goo piles he drops.

Mordekaiser is a great pick if you believe that true skill is decided through the classic tradition of one-vs-one battles. Teamfights won’t exist with five Iron Revenants stomping around Summoner’s Rift. All that your team needs to do is each choose a player and force everyone into a grueling battle in the death realm.

He’s the king of the underworld for a reason. Mordekaiser provides great pick potential and crowd control with his Death’s Grasp and he also has good sustain with his Indestructable ability. With the right items, he can become an impenetrable fortress or a destructive warlord ready to subject the rest of the lobby into darkness.

Turrets, turrets, turrets. A full Heimerdinger team can be hectic to play against with all the turrets, rockets, and grenades you’ll be sending your enemies’ way. His damage is impressive, and if he can hit some big grenades stuns, the opposing team can be quickly melted.

Taking objectives will be a breeze, too. Heimerdinger’s turrets can take Baron and dragon all while simultaneously zoning away any enemies who might come close.

You can try out all of the champions when One for All heads to the live servers when Patch 10.6 releases on Wednesday, March 18.