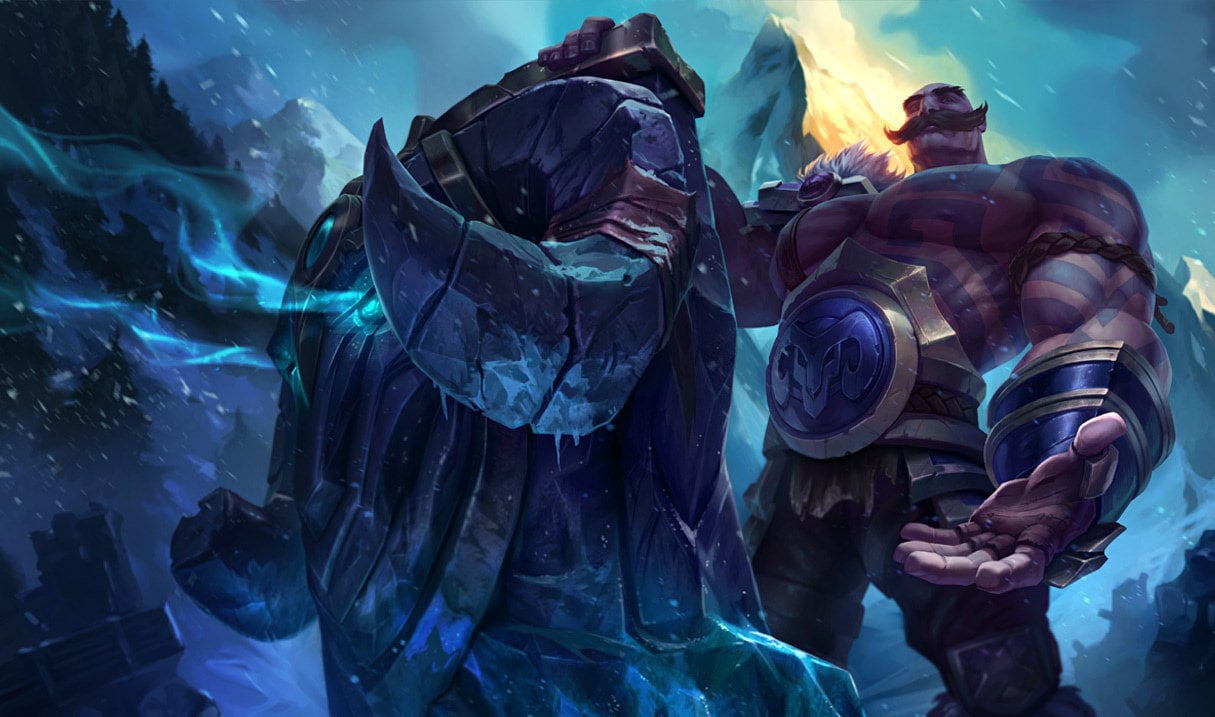 Braum is one of League of Legends’ oldest and most recognizable support champions. As a dedicated tank with a plethora of defensive abilities and hard crowd control, Braum is a welcome addition to any team composition in both the laning phase and teamfight portion of a game.

Braum’s kit is unique in that it synergizes well with many AD carries in the game. Particularly, his passive, Concussive Blows, places a debuff on enemy champions that both he and his teammates can contribute to in order to stun opponents after four combined auto attacks. Plus, his defensive abilities like Stand Behind Me (W) and Unbreakable (E) can boost the survivability of his teammates.

But while Braum works well with many champions in the game, there are plenty whom he shines the brightest with. Here are the best champions to pick alongside Braum in your League games.

Ezreal and Braum make for a powerful pair in the bottom lane. Ezreal’s hard-to-hit nature combines excellently with Braum’s added defense. When Ezreal casts Arcane Shift (E) to escape an engagement, Braum can quickly follow up with Stand Behind Me (W), allowing both champions to disengage and fall back to safety. Plus, Ezreal’s Mystic Shot (Q) counts as a basic attack, causing it to add a stack of Braum’s passive, Concussive Blows. Ezreal players laning with a Braum can weave Mystic Shots in between their auto attacks to quickly stun their target after Braum has applied his passive to them.

Lucian and Braum fit so naturally together and always have since their respective releases in 2013 and 2014. Even if the two champions are nerfed in any way, their respective kits still keep them together, with their two passives in particular lining up perfectly to work alongside one another. Lucian’s passive, Lightslinger, applies two stacks of Braum’s passive, Concussive Blows, making for one of the most obvious partnerships in all of League.

Twitch and Braum have just enough synergy to make them a strong combination in lane. Although Twitch is arguably better off with other tank supports like Leona and Thresh, the Twitch/Braum combo does have its upsides. Since Twitch has no escape tools other than Flash, Braum’s defensive kit does well in a pinch to keep the rat alive. Plus, Twitch’s ultimate, Spray and Pray, applies stacks of Concussive Blows from a significant distance.

Zeri and Braum work well together, mainly for the obvious reason that Zeri’s Q, Burst Fire, stacks Concussive Blows. But Braum works well as a failsafe for aggressive Zeri players, too. If Zeri slides too far into the enemy team, Braum can jump to the rescue with Stand Behind Me (W) and use both his defensive options and crowd control abilities to prevent the enemy team from doing further damage to Zeri.