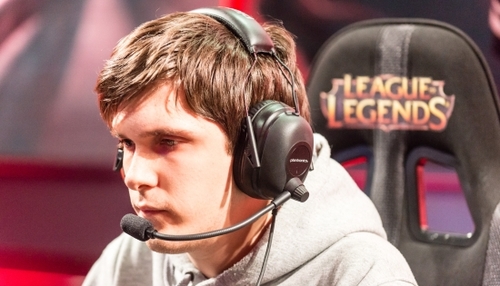 I started League around Season 2 World Championship and M5 was all my friends talked about. “CLG.EU looks strong but M5 is gonna take it for sure” and watching them I have been a M5/Gambit fan ever since and even more so an Alex Ich fan. Here is my take on trying to comprehend the legend Alexey “Alex Ich” Ichetovkin. Understanding the strength of Alex Ich is a hard nut to crack. Indeed, when watching him, he is not the kind of player to mechanically outplay every opponent. His last hitting mechanics can be shaky, his skillshot accuracy is not flawless and he can sometimes get caught out. Yet, he was always instrumental in carrying his team to victory and he seemed to be doing the lion’s share of heavy lifting.

One striking characteristic of Alex Ich is his potency and presence. When he was playing at the highest level, you could witness him instilling a sentiment of uncertainty into his opponent. He was not playing mind games, the enemy could just feel a confidence, an aura that enticed them to be cautious and not dare to develop their full gameplay. I inferred that as I had the same feeling when watching him than when I faced infinitely more capable players at chess or got explained a math theorem by someone who just sees it at a level I couldn’t. I think, to a degree, this is a quality that all original M5 members shared and a reason why Alex Ich was internationally feared.

One of his other major qualities is his crisp opportunity-seizing. Alex Ich was capable of evaluating almost to perfection the enemy team’s weapons and threats. In fact, every highlight of Alex Ich might make the common LoL Gold player react with the classic “I could’ve done that”; yet he could not have. Indeed, why those highlights are impressive is not because of the straight mechanical outplay that you can expect from Faker or Uzi but because he reacted instantly to an opportunity few would have seen. By gauging so rightly enemy strength, he was able to take the good skirmishes, win the team fights or create an objective-taking situation. You couldn’t have won the 1v2 because you wouldn’t have seen or taken it. This is why even behind, his team was able to win team fights; he was able to assess enemy strength more accurately than through gold lead. This is why he thrived on assassins; he always entered the fight with the right timing and evaluating target priority perfectly -which is the most essential factors for these champions. This is also why he never seemed outdated; his strengths weren’t champion or meta dependent, he just needed to update his evaluation function. This was underlined by Froggen during a Summoning Insight episode.

What go to champions for Alex Ich do you remember? Kha’Zix and who? […] That’s how Alex has always been with his play style, it’s not like he was way better than anyone else, having signature champions, […] There’s like all this champions he picks up because he’s really good at adapting to the game. […] He is probably the mid who adapted best to every meta. […] He is very good at realizing when something is OP. Those two qualities combined allowed Alex Ich to always play to the level of his opponents and I consider this his defining quality. Alex Ich never looked weak even when facing the strongest opponents in the world. He faced Dade, Froggen, Ambition, Misaya, Toyz, xPeke, Bjergsen… and not once could you blame the loss on the midlane. Being able to play to your opponents level, never mind how strong they are, is what forged Alex into the legend he is. I believe it is also what rushed his downfall.

After the shaky 2014 Spring Split, Alex Ich joined NIP and entered the Challenger Scene (as a top laner and then back to the mid lane). The problem is that playing to your opponents level is not enough in the Challenger scene; you need to outclass them and this is not where Alex’s strengths lie. That is why he never seemed that dominant in the Challenger Scene, his qualities mattered way less than in highest-level games. As the number of mistakes are higher, the importance of capitalizing on them is lessened. The most successful challenger team in the West was LMQ and all they did was crush every lane and win the game; without caring about what mistakes they or their opponents did. After NIP’s downfall, he tried out with a few Expansion contenders. With some of his confidence and potency gone, his crisp situation-evaluating skills somehow less relevant, the legend was a shell of his former self. Today, he is a player for RoX.KiS, a russian challenger team, where his performances seems uneven. With his opponents’ strength gradually lowering, his seemed to as well.

To put it in a nutshell, Alex Ich is a legendary player with unique qualities that will always make him a player exciting to watch.  I can’t say where his future lies but if given the proper opportunity and mindset, he could go back to being the Godslayer of old.