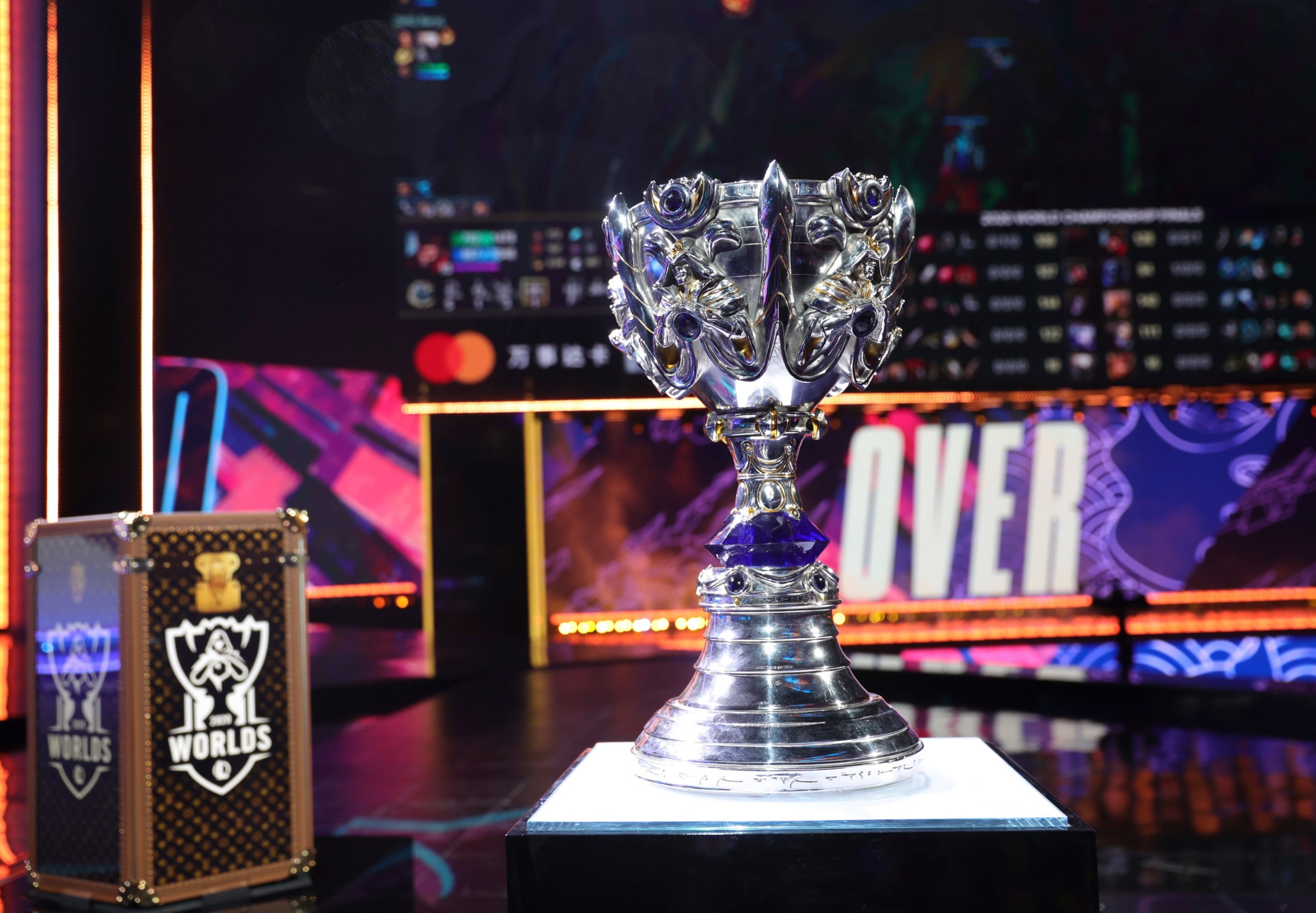 In a season of professional League of Legends unlike any other, countless teams had their moment in the spotlight. The truly unique season set the stage for unprecedented matchups and intriguing face-offs, the likes of which the professional scene had never seen before.

From regular season games on the domestic level to the most star-studded matchups that the international stage paid host to, 2020 was filled to the brim with competitive League matches that could most definitely be chalked up into the “Instant Classic” column.

Here are the five best professional League of Legends matches from the 2020 season.

The main event of this year’s World Championship kicked off with a bang. The final game on the first day of competition between Suning and G2 served as one of the early highlights of the tournament. The game easily went down as the most entertaining best-of-one matchup during the course of the year, since both teams packed a series’ worth of twists and excitement into the 42-minute contest.

The game saw a total of 40 kills between the two teams, making it one of the bloodiest games of the tournament—topped only by the rematch between the two squads the following week. The highly aggressive gameplay from both Suning and G2 gave fans a taste of the tournament to come, while champions like Bard, Ezreal, and Lee Sin—who would all go on to become Worlds 2020 staples—were all played at the highest level.

The game was highlighted primarily by strong performances from Mikyx and Perkz, who ultimately carried G2 in the later stages of the game. But even despite the G2 win, names like Huanfeng, SofM, and the rest of the Suning lineup were introduced to the world as a whole for the first time. Breakout performances, even on the losing end of things, were still an incredibly notable part of this match. All parties involved most definitely set the tone for the rest of the tournament.

Any series that sees its first game kick off with a surprise Singed pick is bound to be an instant classic. Bwipo and Fnatic made sure of that when they caught Top Esports off guard, winning the first two games of their quarterfinal matchup at Worlds against the LPL’s top seed. Sitting at a 2-0 advantage, Fnatic had cornered the tournament favorites towards the edge of elimination much earlier than expected. All the European titans had to do next was to continue to press forward.

But even still, TES had a few tricks up its own sleeves, and the team turned things around in quick and convincing fashion. Standout performances from the mid lane/jungle duo of Knight and Karsa during the latter half of the series ultimately helped propel TES into the Worlds semifinals. When the series finally came to a close, the two players had accounted for 38 out of TES’ 57 kills, while Knight’s 18/5/21 scoreline over the five games was marked up as one of the best for any individual player in any series at Worlds 2020.

The series notably went down as the only best-of-five at this year’s World Championship to actually reach a fifth game. And although TES managed to cap off the reverse sweep, sending Fnatic home in the process, it most definitely felt like these two teams could have gone at least a few more rounds.

G2 Esports vs. MAD Lions—LEC Spring Playoffs round one

After being allowed to cruise through the LEC Spring Split with relative ease, the first team to truly challenge G2 was MAD Lions. The team took more games off of G2 during the Spring Split than the rest of the LEC combined, and when its roster of largely unproven players were given the chance to meet Europe’s top dogs in a best-of-five format, they didn’t let the opportunity slip through their fingers.

Once the Spring Playoffs kicked off, G2 and MAD Lions found themselves squaring off in the bracket’s first round. What would appear to be a relatively easy on-paper stomp for G2 ended up turning into a thrilling five-game set that tested the region’s top seed. When the dust settled, the massive underdogs in MAD Lions ended up walking away from the contest on top.

After a series of back-and-forth momentum shifts and constant swings in tempo, it was only appropriate for the matchup to come down to one tide-turning moment. The series reached a climax with a backdoor attempt from G2’s Caps and Mikyx, but their efforts were thwarted by the entirety of the MAD Lions roster. Although the G2 ADC and support duo were able to bring the MAD nexus down to just under 10 percent HP, they weren’t able to seal the deal. In a most appropriately intense finish, MAD Lions secured the victory.

The team mainly composed of young, upstart rookies took G2 to the brink on multiple occasions during the Spring Split, testing the defending LEC champions whenever they could. Whether G2’s lack of results against the league’s newest organization was a matter of unpreparedness or underestimation is still up in the air. But what’s certain is that MAD Lions stood tall as the only team to take a best-of-five series off of G2 in 2020 apart from eventual world champions DAMWON Gaming.

G2 and MAD would meet later in the playoffs during the losers bracket semifinals, where G2 would walk away with a redemptive victory. But the damage was done, and MAD Lions had captured what might have been the most inspiring victory of the LEC’s domestic schedule this past year.

Just one week after Golden Guardians took TSM to task in a convincing three-game sweep, the two teams met once again in the losers bracket of the LCS Summer Playoffs. The encore match however, was a closely decided nail-biter that saw TSM snatch redemption from the jaws of peril.

Even still, the early portions of the match would have led most fans to believe that a nearly identical result was in order. Golden Guardians quickly took the first two games of the series, bringing TSM to match point with an average gold lead of 6,500 after two convincing victories. But in a thrilling five-game set, TSM secured the match by way of a reverse sweep.

In the later stages of the series, TSM saw a breakthrough performance from Spica, who carried the team past the finish line. His scoreline of 13/6/33 throughout the five games resulted in a kill percentage of 85 percent and a KDA of 7.7. His performance, as well as the resurgence of TSM during the series, ignited a spark in the team that would ultimately result in the organization’s first LCS title since 2017. After bouncing back against Golden Guardians in the losers bracket, TSM marched to the finals, eventually finishing the season on top of the North American scene.

In all but one of TSM’s four losers bracket matches this past summer, a high-intensity decisive fifth game was needed to determine a winner, and this instant classic of a match against Golden Guardians was no exception.

This five-game semifinal matchup between DRX and Gen.G during the LCK Summer Playoffs served as the climactic finale to a back-and-forth exchange of matches between the two teams all season. Capping off a year in which the two squads developed a fierce rivalry, DRX eked out one last win after a seriously grueling five-game series.

The match was also the longest best-of-five of the year by an incredibly wide margin. While any set that goes a full five games should be expected to take up quite the chunk of time, this playoff match was bogged down by a four hour pause in between games three and four. The pause ultimately caused the players to switch over to the game’s live servers, playing out the remainder of the series on Patch 10.17 as opposed to 10.16. This consequential change turned the tide towards DRX, as the team was able to capture victory in the first professional League match played across multiple patches.

Even still, the lengthy intermission at the back-end of the series didn’t stop the matchup from keeping its hype factor intact. With 128 combined kills for both teams across all five games—which included a game one pentakill from Ruler—this series truly brought out qualities such as tenacity, endurance, and raw skill from all 10 players involved.