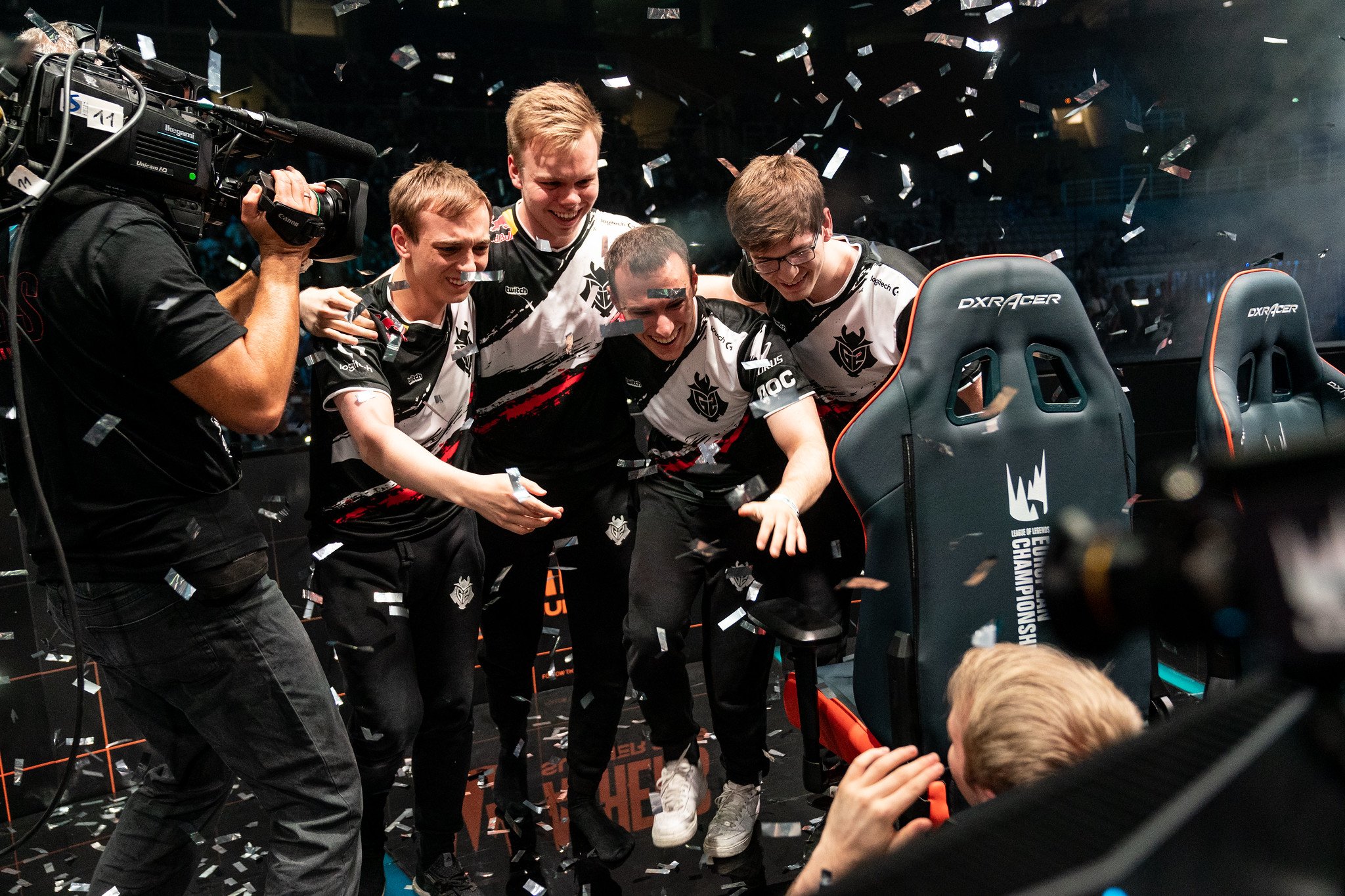 European League of Legends is flourishing and not just with its talented teams. Riot Games revealed today that the LEC’s inaugural season was capped off with the second-most-watched Summer Finals in European history.

The number of hours viewed during the 2019 Summer Finals actually increased 97 percent from last year’s Summer Finals, which is the largest year-on-year growth in league history.

Additionally, the 2019 LEC Summer Finals’ average minute audience increased from 355,568 fans watching at the same time to 517,018 fans. Meanwhile, the concurrent audience for the finals peaked at 864,337 fans, which was a whopping 67-percent increase from last year.

“We couldn’t be happier with the success of the first year of the LEC,” European head of esports Alberto “Tiroless” Guerrero said. “From our incredible viewership growth, to G2 Esports re-establishing Europe as a global force to be reckoned with, to each and every viewer tuning in week over week, thank you.”

The increase in viewership numbers isn’t too surprising, though. Europe has effectively become one of the best League regions in the world over the past two years.

The league has produced multiple high-caliber teams, including one of the best squads in the world in G2 Esports. Fnatic and G2 are now headed to Worlds 2019 in order to capture Europe’s second World Championship—the last time a Western team lifted the Summoner’s Cup was in 2011.