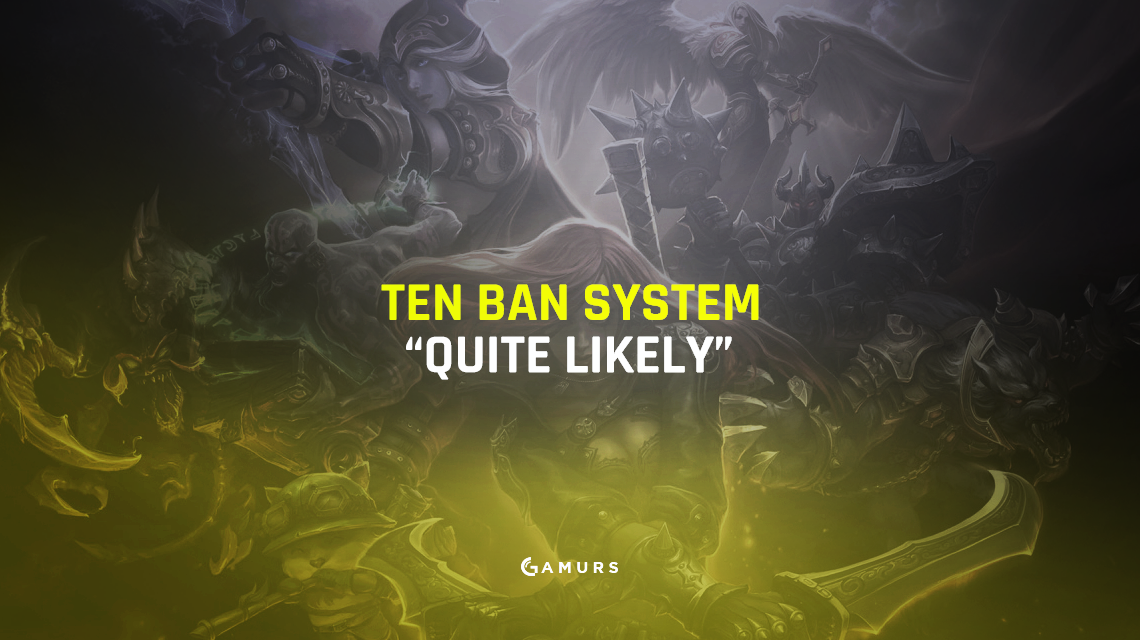 The idea of having 10 bans in League of Legends is a concept that has been floating around for quite some time, but as we approach the release of the new client, it has come back into the light. A user on the League of Legends forums brought up the rumored topic of a 10 ban system being introduced into the game, and he got a response from League’s Lead Game Designer Andrei “Meddler” van Roon.

In his response post, Meddler said that it was “…quite likely…” that a switch to a 10 ban system would be introduced in the near future. He added that it would definitely not be something to be introduced in the current or old client and it would have to be implemented into the new client due to some technical reasons. Meddler wanted to make it clear though that this was “…not guaranteed…,” but it is something he and the team are looking at.

Meddler also added that the introduction could be a phase intro with regular games receiving the change at a different time from pro games. Citing a variation in the workflows for regular/matchmaking games and pro/tournament games.

Another user responded to the post by bringing up some possible work-arounds to the time that would be added to the draft process. Meddler responded by saying they will be looking into different ideas to keep draft time near the same. Meddler continued to say that,

“Not increasing champ select times probably going to be a starting requirement here, or at least very strong goal.”

What are your thoughts on a 10 ban system? Let us know by commenting below or tweeting us @GAMURScom.