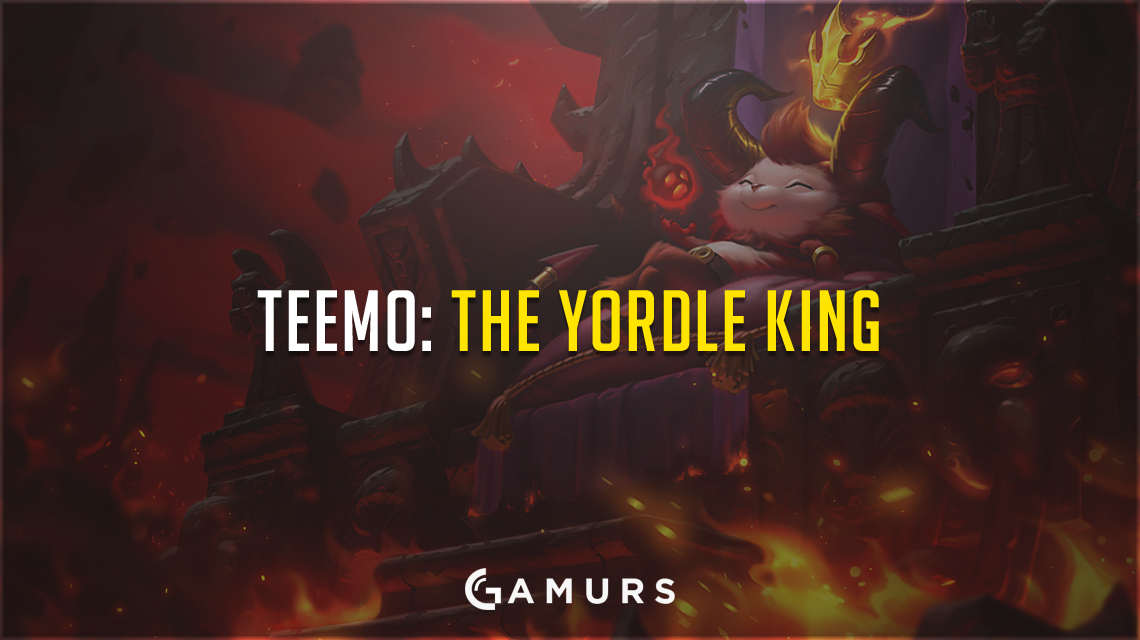 Teemo has been the bane of League of Legends since his introduction. Everyone knows him as a champion you either hate or despise. But one thing is for certain: if he is picked in the LCS, crowds and casters go wild.

May it be season one or season six, the crowd remains firm in cheering whenever a pro hovers over that special Yordle in our hearts. There is no other champion that can really do that. Of course, every pro has their signature champion that gets cheers from the crowd, such as Singed for Marcus “Dyrus” Hill, Anivia for Henrik “Froggen” Hansen or Brand for Kirill “Likkrit” Malofeyev, but none will ever get cheers as loud as Teemo.

In short, Teemo is the ultimate “troll” champ due to his ultimate, the dreaded shrooms. Love him or hate him, if you’re on the bad side of a shroom when you finally think you’re safe, it can gift an enemy Teemo an undeserved kill when they least expect it. I can’t tell you how many times I have dropped a random shroom to be greeted with a kill I did not expect.

But at the same time, many of your teammates can come to hate you and the champion for stealing a kill just due to your shroom placements. It’s a lose-lose situation as a whole.

The pro league is a place where Teemo is regarded as the holy grail of picks. Not because he is good or because he is top-meta, but because of what he represents as a whole to the community. In essence, League is Teemo and Teemo is League, same as Murky in Heroes of the Storm and Meepo in Dota 2; these champions or characters are generally overly annoying to play against for certain reasons.

When a Teemo is hovered, there are cheers in hopes it gets locked in; even the casters get involved. But when that Teemo is picked, fans rejoice and praise the person playing them. It’s instantly good karma from the crowd, which resounds with the audience and becomes more entertaining to watch. Choosing Teemo, at times, is simply to entertain. When you have nothing to win or nothing to lose during the end of the split, it’s a good pick-me-up and a relaxing pick to have fun on when you’re not being asked to win or perform.

What are you getting at?

The purpose of this article isn’t to praise or destroy Teemo as a champion, or to highlight him as a demon or a saviour, but rather, to tap into what and how the champion can be played competitively. Teemo in itself represents the epitome of the community.

For all the hate and love the champion gets, Teemo is something which has become globally recognisable with League of Legends as a whole. Some might say he is League’s most popular and well know champion, even Paris Saint-Germain paid homage to him on the reveal of their League of Legends team, when announcing Bora “YellOwStaR” Kim as their coach.

A sub-culture in the community revolves around this champion. Insta-locking him in champ select, no matter how good a player might be, forces people to actively quit the game. He has the utmost effect on the world and League in general that he is a gaming icon, not as high as a character like Mario or Sonic, but still, a cult status that has become iconic in the game and series.

So love him or hate him, Teemo has, in some way, impacted your life for better or worse. It goes without saying, “Teemo is love, Teemo is life.” Teemo is the champion we need but don’t deserve, and he is a true testiment to the community.

What are your thoughts on Teemo? Let us know by commenting below or tweeting us @GAMURScom.