He also had a tip for an Akali combo. 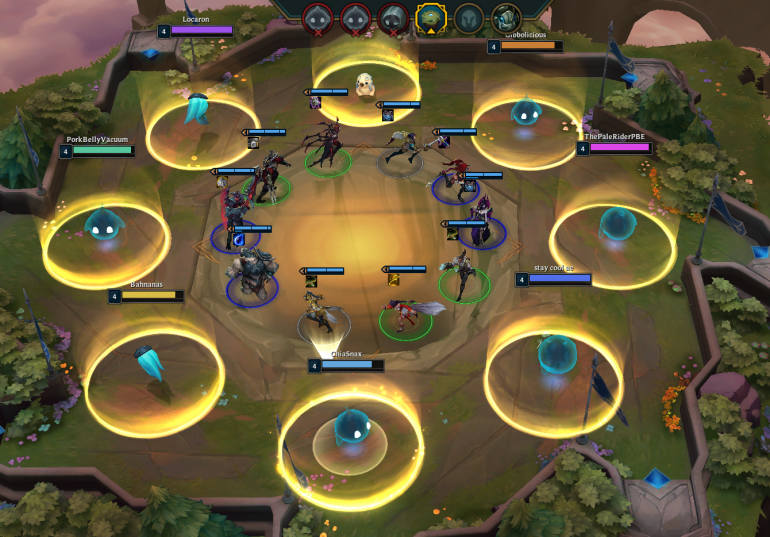 He was livestreaming on his Twitch channel yesterday soon after the release of the game, which is Riot’s take on the autobattler genre. After August talked briefly about champion and item combinations, he said the developers working on Teamfight Tactics want to see players testing item combos regardless of board synergy.

“If you play your game differently than you normally would, even if you broke synergies, because you got these item combos, that’s really cool,” August said. “We like stuff like that. It makes the game more variable, better, and means it’s going to have more longevity.”

His development team wants to avoid situations where certain Origins and Classes synergies are so strong that players try to force them in every match to finish on top three or win.

One of the examples August noted is Akali equipped with a Rabadon’s Deathcap, which increases her Ability Power by 50 percent. “Akali’s spell can crit, which means Deathcap is insane on her,” August said. “If you put Deathcap on her, her spell will crit for 2,200 damage.”

If that’s what Teamfight Tactics devs want to see, they might be happy with how League streamer William “scarra” Li turned Shyvana into a nearly invincible attacker using Guinsoo’s Rageblade and Bloodthirster.

Despite what August wants, it’s easier to find Origins and Classes synergies in your early matches due to how Teamfight Tactics is designed. The game focuses on showing you how efficiently you’re combining champions to trigger special effects according to these synergies, while it doesn’t do the same with items.

If you’re an expert autobattler player, then you know you could be on the right path if you break Teamfight Tactics’ synergies to focus on items instead. But good luck with their drop randomness.