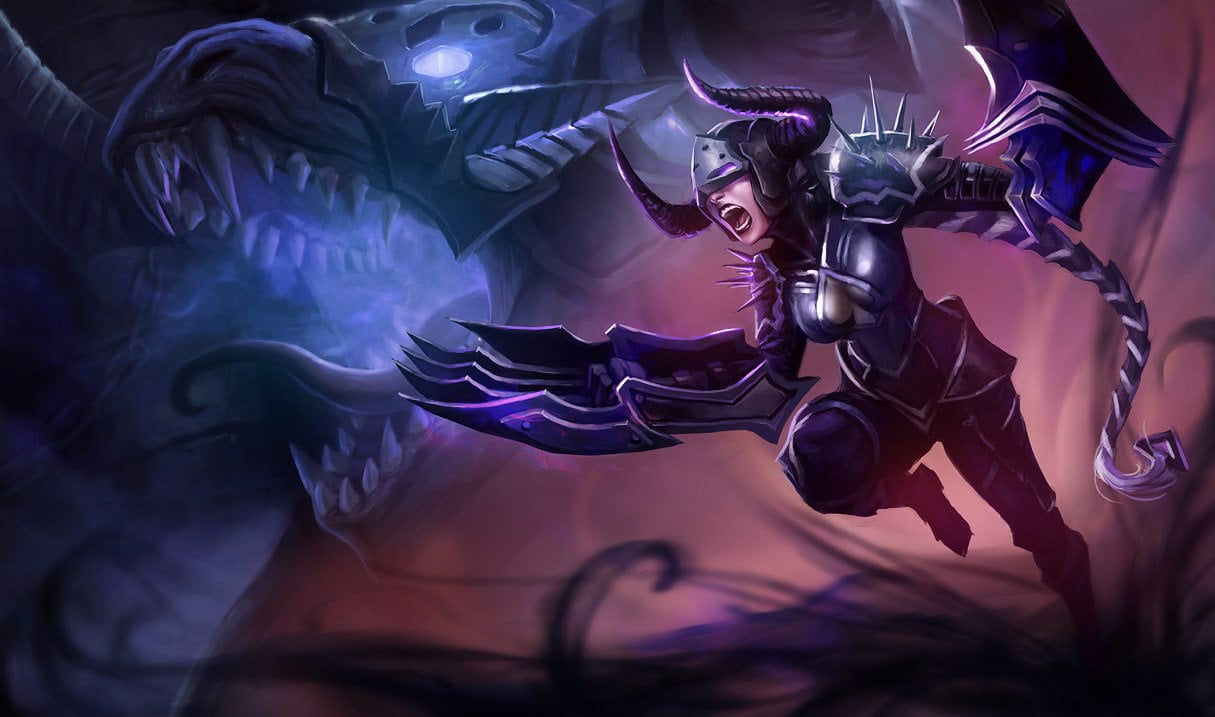 League of Legends’ autobattler Teamfight Tactics has just released, but players have already found a broken champion and item combinations to use in the first days of the game on PBE.

Former pro player and now League streamer William “scarra” Li found one of them with Shyvana. He took advantage of defensive buffs she gets from her Dragon origin and Shapeshifter class to turn her into a high DPS hero with lifesteal thanks to three items.

It became impossible to take her down.

Scarra got Shyvana to level three and placed other Dragon and Shapeshifter champions to activate her immunity to Magic Damage and 100 percent maximum HP gain upon activating her skill and transforming into a dragon. He also gave her two Guinsoo’s Rageblade, which lets her attack speed increase indefinitely every time she lands a hit, and one Bloodthirster, which gives her 35 percent lifesteal.

The result was a Shyvana that attacked so fast that her animation couldn’t keep up. At one point, Shyvana was attacking so fast that she started gaining health despite being the focus of two enemy champions.

Scarra pulled that off in his last matchup of the game, and Shyvana secured the win.

Shyvana is a great champion to try that build in because champions need time to stack Guinsoo’s attack speed to that extent. Shyvana’s magic immunity allied with HP recovery upon transforming guaranteed that she would be alive long enough to reach a ridiculous attack speed to the point where no champion could deal more damage to her than she could recover with lifesteal.

That doesn’t mean the path to build a crazy Shyvana like scarra’s is easy in Teamfight Tactics. If you want to try that out, make sure you have consistent early and mid games to have some health to spare late game and go for it.

And don’t forget to pray for the gods of RNG to bless you with the right items.