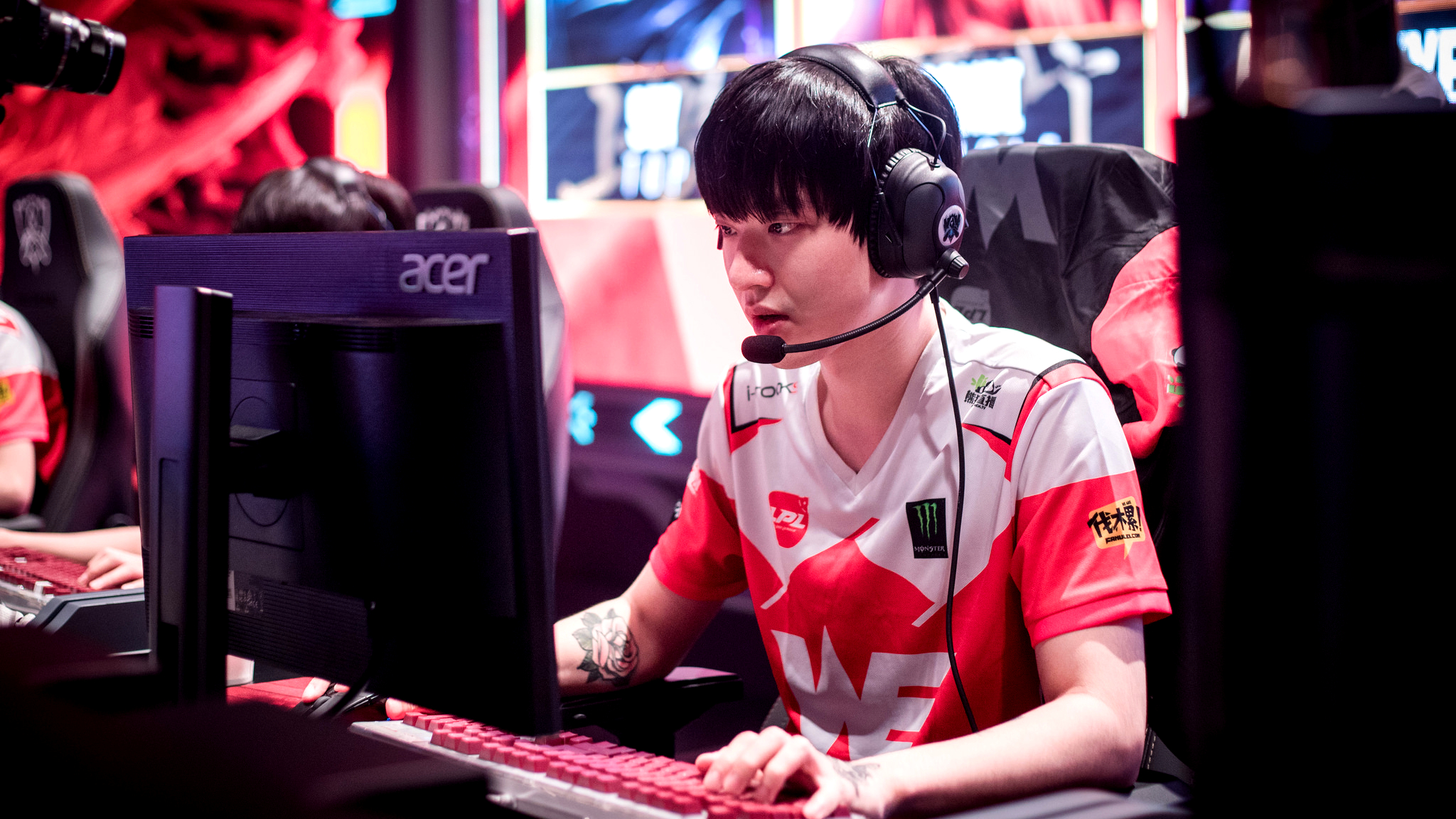 Day two of the 2017 League of Legends World Championship saw the very entertaining conclusion of Groups A and B of the play-in stage.

Unsurprisingly, Cloud9 and Team WE, two favorites to advance from the play-in format, finished first in their respective groups, with an undefeated record heading into the knockout stage.

What was mildly surprising, though, was how these two teams fell behind in the combined four games they played on day two. In a form of experimentation, both Cloud9 and WE decided to bust out the jungle Ezreal—a pick solo queue has become infatuated with.

Related: Team WE just locked in jungle Ezreal at Worlds—and they won

Sadly though, the infamous jungle pick did not meet the high expectations placed on it. Dire Wolves and Lyon Gaming, the teams Cloud9 and WE tried to play Ezreal against respectively, abused the fragility of the jungler early in the games, and thus found early leads.

But as yesterday’s matches revealed, these leads became meaningless if the teams couldn’t close out games. WE and Cloud9, whose macro play is significantly greater than the other teams in their groups, easily came back from their early deficits to end their games before 30 minutes.

Jungle Ezreal, however, was not the highlight of last night’s games. That honor goes to WE’s match vs. Gambit Esports. Heading into this match, neither team had anything to gain from a win. WE had already secured first place in their group, and Gambit could no longer qualify for the knockout stage—so WE and Gambit decided to have some fun. Vayne, Yasuo, and support Nunu were all featured in a game aptly described as a “fiesta.”

Fight after fight, macro play was not in the forefront of either Gambit nor WE’s players minds. This was a hilarious match to watch—and if you ever need a reminder as to why champions like Yasuo and Vayne aren’t in the current meta, watch this game.

With Cloud9, WE, Lyon Gaming, and Team oNe Esports all qualified for the play-in knockout stage, Sept. 25 will see the six teams in Groups C and D finally hit the Rift, with Young Generation and Kaos Latin Gamers opening tomorrow’s set of games.