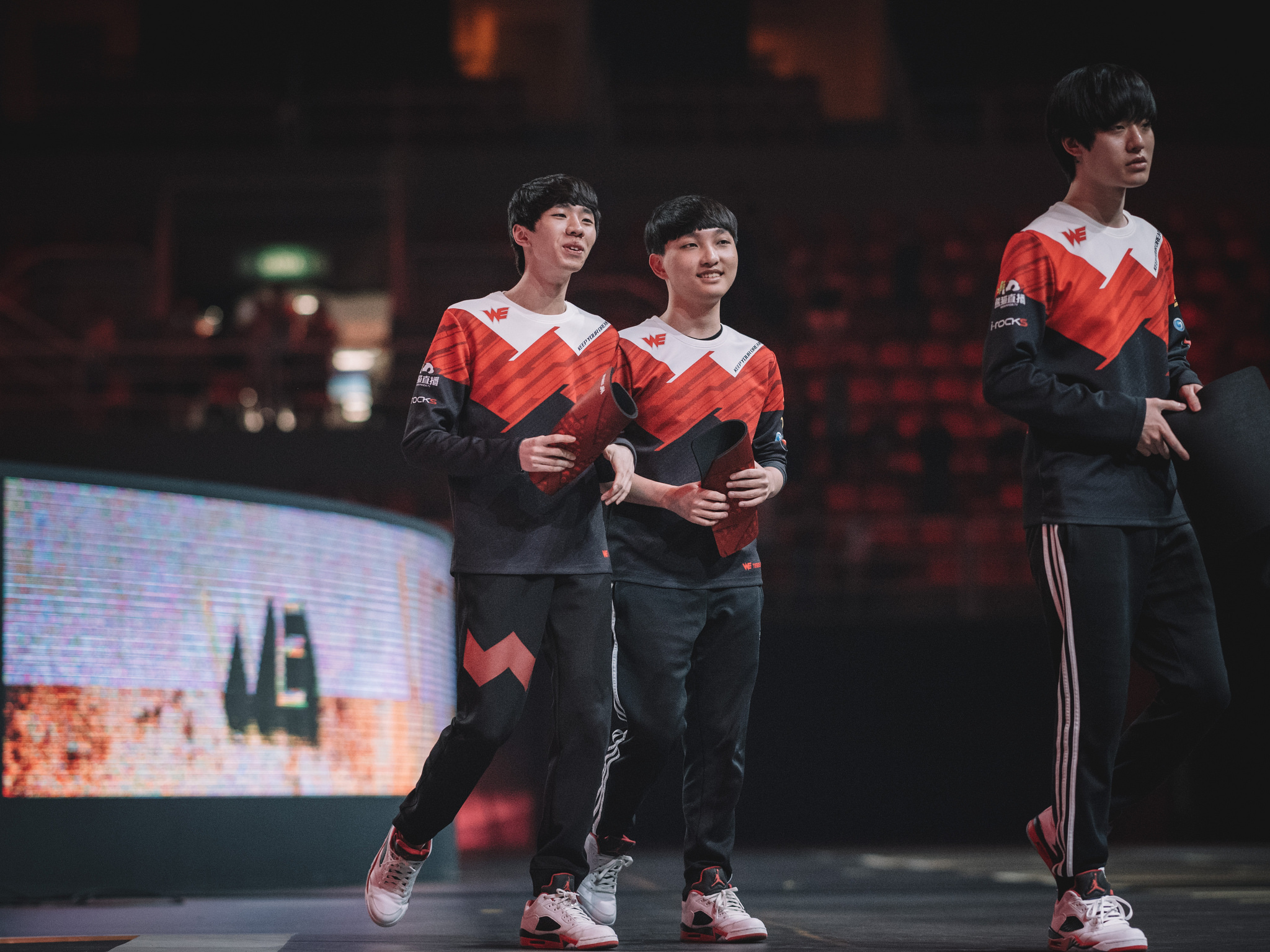 Heading into the last game on day four of the MSI group stage, the Flash Wolves were flying high.

After weathering some inconsistency, they put together the perfect strategy to take down the undefeated SK Telecom T1. One more win would put the Flash Wolves in a great position to advance past the group stage, while also sending a message to the rest of the field that the LMS squad is playing better than ever.

Playing spoiler was China’s team—Team WE. The LPL team beat the Flash Wolves earlier in the tournament by playing an unconventional style centered around top laner Ke “957” Kang-yu’s Kled. But surely the Flash Wolves would have something prepared for him this time, right?

It looked as if that was the case from the start. The Flash Wolves put together a smart draft that seemed to box WE in. WE tried to use Fizz and Galio as flex picks to confuse FW, ultimately sticking Galio in the bot lane as support and picking up that Kled. But they had an awkward combination of champions around a bot lane Kog’Maw that would need protecting.

The Flash Wolves had a lot of ways to dive that Kog’Maw if he was ever separated from his team—and they got out of the gate fast. Lane control in the solo lanes meant that once Yu “MMD” Li-hung’s Shen ult came up, it was diving time. But Team WE managed to get a return kill off some sloppy turret juggling, and even got first turret off the mistake.

Team WE responded to Flash Wolves’ lead in kills with CS advantages that stalled the map. Flash Wolves had good side lane pressure but looked hesitant around the mid lane—despite some opportunities, they failed to take advantage of their superior wave clear of the Ashe vs. Kog’Maw matchup and didn’t take down the mid lane outer turret. That stalled the map and made Baron control difficult.

Meanwhile, even though they didn’t have map control, WE pulled the trigger on mid lane fights.

The combination of Kled and Galio, along with a tricky jungle corridor, created huge zones that made it difficult for the Flash Wolves to peel for ADC Lu “Betty” Yu-hung. That fight win led to a Baron that blew the game wide open.

Just when the Flash Wolves looked like they were getting their game together, they lost to what should have been an inferior team composition. Team WE was able to stall the game out while preserving vision control, something Flash Wolves can’t allow to happen in the future. At some point, they have to get aggressive plays from Betty and the other supportive players to take down the best teams in the world.

They’ll get that opportunity tomorrow in the final day of the MSI group stage. At 3-5, the Flash Wolves are in a dead heat with G2, TSM, and Gigabyte Marines for the last two spots in the knockout round.