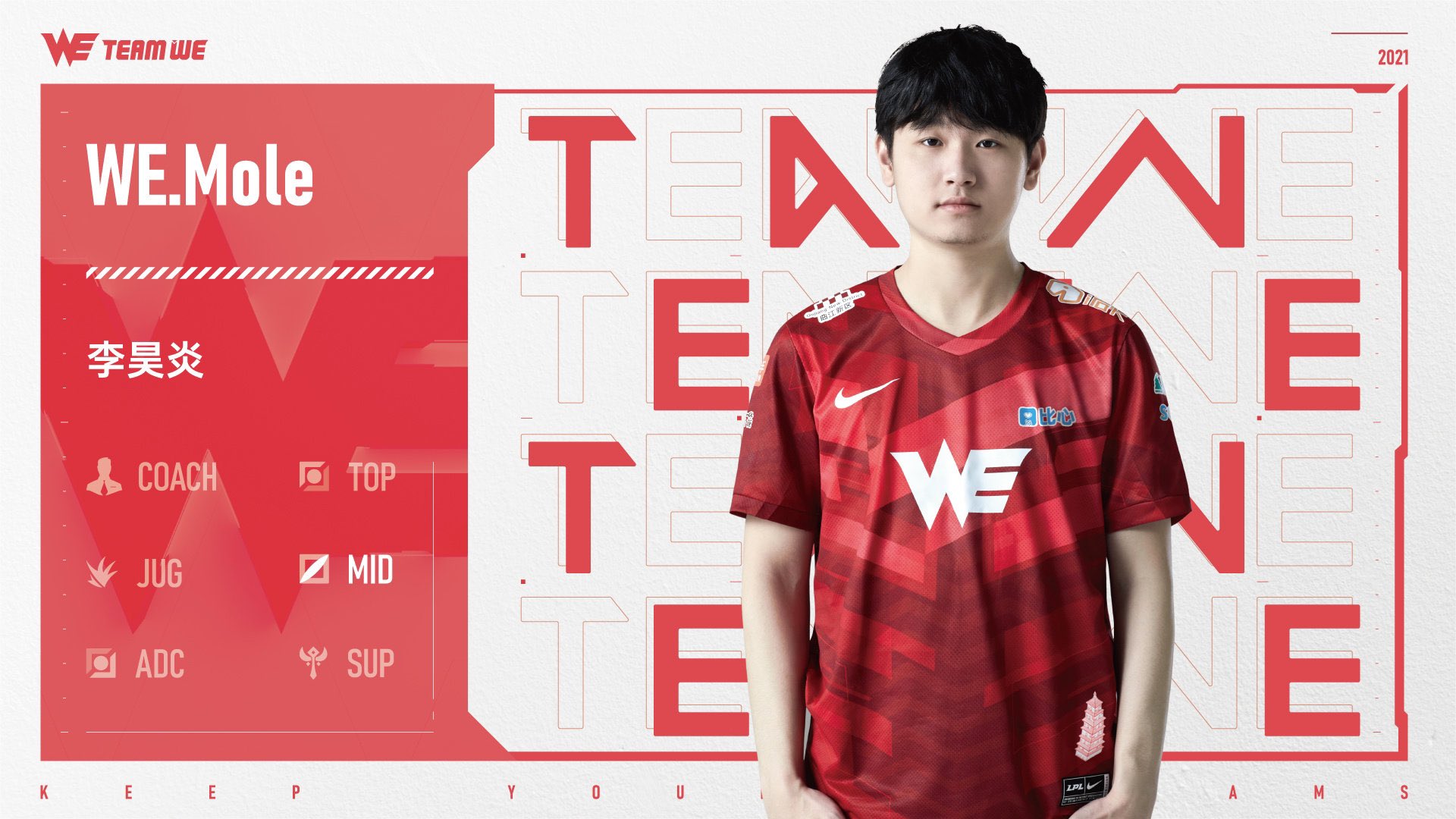 Image via WE电子竞技俱乐部 on Weibo

The offseason is upon us once again, and the LPL’s Team WE have wasted no time in announcing their roster moves for the summer.

Team WE acquired mid laner Mole from Victory5 to join their starting roster for the summer, the organization announced via Weibo earlier today. He will replace current mid laner Shanks after a mediocre split from WE–ending the regular season in sixth place only to be eliminated 3-0 by Suning Gaming in the second round of the playoffs. Team WE have not represented the LPL at a World Championship since 2017, where they lost in the semifinals to eventual tournament winners Samsung Galaxy.

The acquisition of Mole will bring a huge amount of flexibility to the WE roster. He had one of the biggest champion pools of the LPL throughout the Spring Split with 15 different champions played, and was the shining light on an otherwise heavily underperforming Victory5 roster. He had the highest share of the team’s damage throughout the regular split according to Games of Legends, and will hopefully bring some of that flexible mid lane carry potential to Team WE.

It’s as yet unconfirmed who his replacement on V5 will be, and whether Shanks will remain with WE as a sub or find a starting opportunity elsewhere.