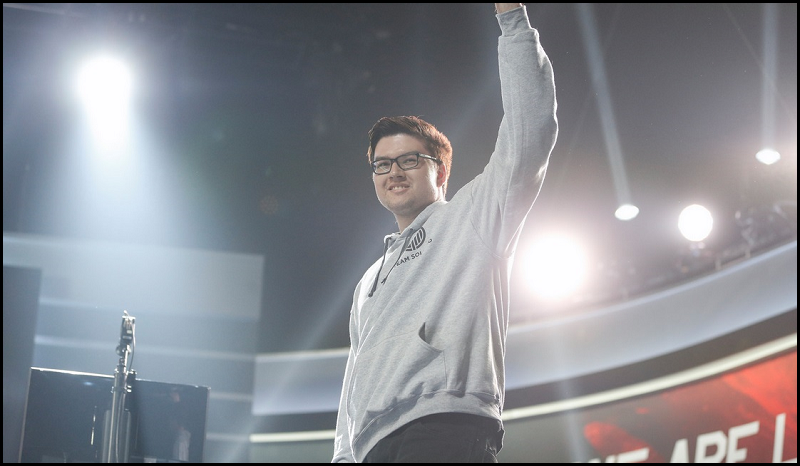 This article is part of the #WorldsPer10 series, and will be focusing on Dyrus, who is the top laner for Team SoloMid.

The Summer Split has come and gone, and as far as North America is concerned, the expectations of past years were dismissed in an uproar. Most notably, Team SoloMid (TSM) struggled throughout the split. After their victory at IEM Katowice, and later the 2015 Spring Split, many expected North America’s most successful team to perform well at the Mid-Season Invitational (MSI), and the Summer Split that followed.

However, as history shows us; that’s not what happened. One player in particular had a particularly horrible time at MSI – Marcus “Dyrus” Hill. After playing 5 games in the group stage and amassing a cumulative score of 6/23/13 (with the team going 1-4), he realised a very simple fact: the tenured top laner needed to improve, or his career would be over.

It’s no secret that TSM have always depended on Dyrus to various degrees, but for a period of time he appeared to be the forsaken member of the line-up. In fact, the last time we looked at the team when they were preparing for MSI, there was a very exposed vulnerability that was obvious to anyone who watched their games. Most of the time, the team would offer the 23 year old no assistance and leave him on either a supportive or tank focused champion to fend for himself while Lucas “Santorin” Tao Kilmer Larsen tended to other lanes.

Many attributed the blame to Dyrus himself, however upon reflection (and as dictated in the aforementioned piece) the fault was on TSM’s style of play. While they could abandon Dyrus and still win games in America, international teams easily dismantled their strategy and the result was their fate at MSI, which we all know by now.

In the coming Summer Split, Dyrus made a not-so-vocal point, putting impressive hours into solo queue in an attempt to improve upon his play at MSI. As far as performances in the actual split go, several members of the organisation failed to perform (both players and staff). The only two that impressed critics were Dyrus and Søren “Bjergsen” Bjerg, who often carried team fights with their high level of play throughout the split. In most of these games, TSM focused on drafting tank/engage-orientated champions for Dyrus, with a preference for Gnar and Maokai. In addition, throughout the entire Summer Split Dyrus didn’t play Lulu once, although this was due in part to the metagame shifting it shows a move away from the linear playstyle TSM had adopted in the spring.

Though still suffering an inconsistent regular split, Dyrus and the team made it to the playoffs where he would play as the main carry, breaking a previously set mould in the team’s strategy. The emphasis being placed on him had great results, as eventually TSM reached the final where they would face long-time rivals, Counter Logic Gaming. Despite losing the final, Dyrus has prospered towards the end of the season, and has shown that he’s still one of the strongest top laners in North America.

With Dyrus alluding to a possible retirement, there wouldn’t be a more fitting end to such an iconic figure of the game than a successful Worlds campaign. And with his impressive level of play throughout summer, one would expect an emphatic finish from someone who has been present since the inception of competitive League of Legends.

Placing the emphasis on Dyrus (along with Bjergsen) presents the best opportunity for TSM to win games on a world stage. Conversely, there are still several weak points in the team that, if left unchecked, will see the team lose harshly against better sides.

There’s no doubt that if Riot Games were to introduce a Hall of Fame for League of Legends, Dyrus would be one of the first to be guaranteed a spot. Considering how grand the occasion is, the competition Dyrus will be facing could hardly be tougher, as he’ll match up against some of the most exciting top laners ever to play the game, such as Song “Smeb” Kyung-ho, Kim “ssumday” Chan-ho, Choi “Acorn” Cheon-ju, Tong “Koro1” Yang and others, it’s hard to expect Dyrus to outright beat them in lane. The metagame shift to bruisers in the top lane will also play a part, which means that for Dyrus to survive and play well against these impressive talents TSM will need to draft favourably for him, with improved early game strategy to match. Even then, the veteran top laner will have to call upon all of his experience and knowledge to survive such dangerous adversaries.

They might be kings in North America, but as far as the World Championships go TSM are underdogs. And in what looks to be his final year playing League of Legends and his final outing at Worlds, Dyrus will be hoping they can make their Cinderella story come true.

Credit to eSportspedia and LoL eSports for the statistics and images, respectfully.

Written by Mitchell “Zeju” Smith. You can find more Worlds related recaps like this one, here. If you enjoyed this article, you can follow the author on Twitter.