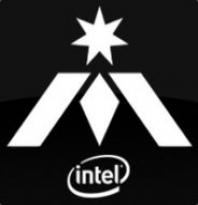 Team Immunity recently had their Mid Laner Claire step down, to be replaced by lQdChEeSe. Claire leaves big shoes to fill, being that he was usually the hard carry of the team. If Claire got ahead, odds are Immunity won the game for the most part, excluding the more recent games leading up to his resignation. In which Claire can the rest of Immunity’s quality of play slumped somewhat.

Immunity at its peak, would mostly have Claire impossibly fed on an assassin, be it fizz or zed both of which he was well known for. The team in general seemed to revolve around Claire, he was very central to Immunity’s success. This can be seen through the team compositions that Immunity used. Often UberGiantsBro would pick a more poke orientated Marksman like Corki or a more supportive Marksman like Sivir to help with the engages. Very infrequently would he pick a hard carrying marksman. He would assist Claire entering a fight via a Sivir ult or poke targets down low enough to be assassinated.

As well as this, Zahe would often have a large presence around the mid lane, once again snowballing Claire if ever possible. On top of Zahe being seemingly ever present you then need to take into account tgun and his roaming, known almost server wide as a roaming hook menace on either Thresh or Blitzcrank, whether it be in competitive play or solo queue going so far to even write a guide to do so (http://www.lolking.net/guides/294783), tgun also seemed to find himself mid lane allot. If not mid then the jungle surrounding it, usually resulting in earning Claire a kill or an assist, or blowing the summoners or major cooldowns of the opposing Mid Laner or Jungler reliving pressure from Claire and increasing his kill potential.

So with all this extra attention Claire seemed to get, all this extra presence in his lane and vision surrounding it, it is clear to see that he was an integral part of Team Immunity’s strategies towards victory. So the resounding question that is left after Claire has left is, Will lQdChEeSe have to fill these massive shoes, or will Team Immunity in general make the size of the shoes smaller and aim to utilise other assets of the team in order to achieve victory? Only time will tell.