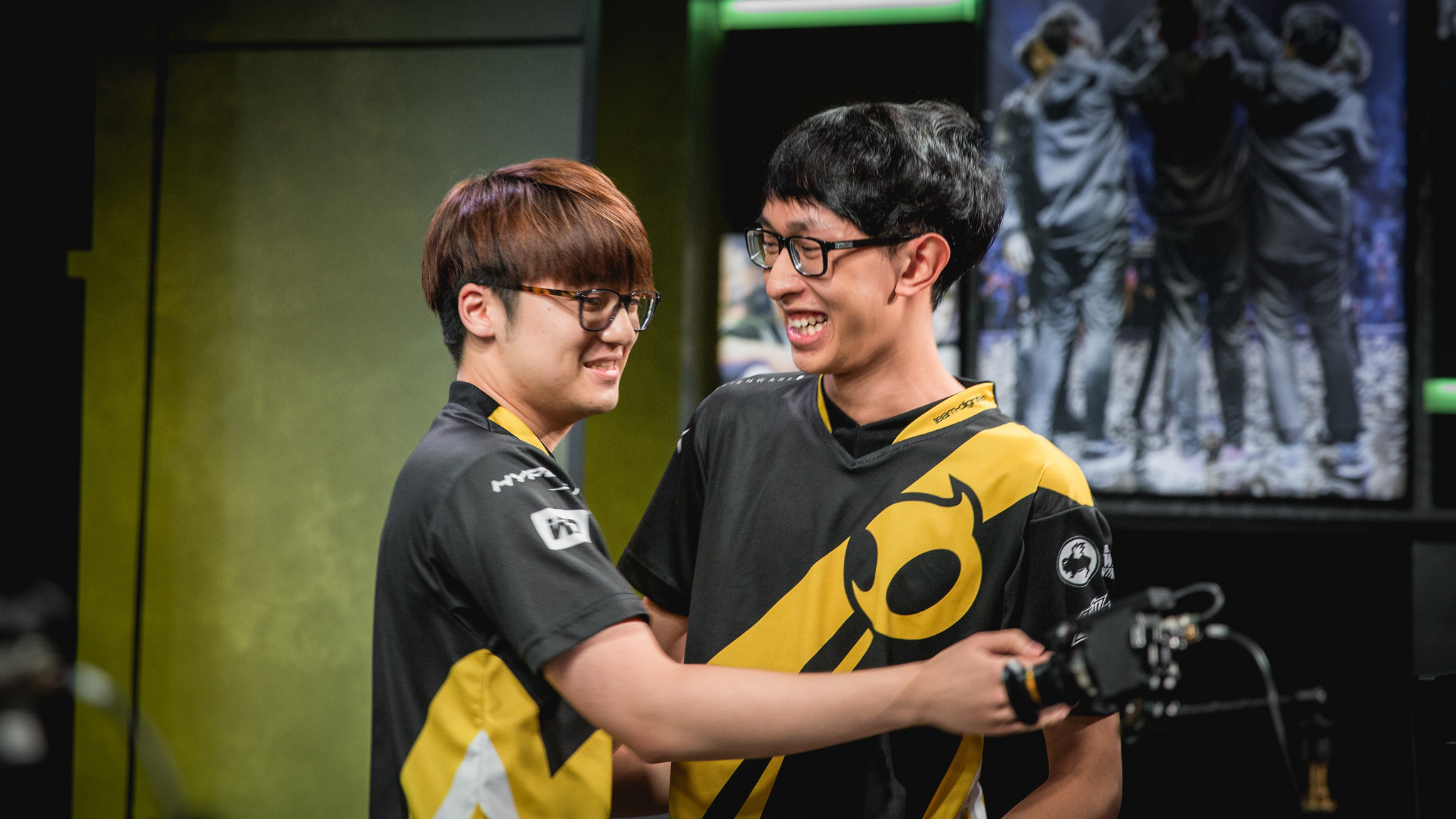 Fresh off a flawless 2-0 finish last weekend, Dignitas came into this match with a considerable amount of hype. Dignitas looked like a different team after beating CLG with a new bot lane duo in Johnny “Altec” Ru and Adrian Ma. Today’s matchup against TSM, however, would be Dignitas’ biggest challenge yet.

Unable to roam the map as frequently as he usually does, Bjergsen had very little impact in game one. Led by top laner Kim “Ssumday” Chan-ho’s Maokai, Dignitas eviscerated TSM in almost every major teamfight.

TSM seemingly found their way back into the game after punishing a Dignitas Baron attempt with three kills taken, but squandered it almost instantly. A horrible teleport engage by TSM cost the first-place team not only three kills, but the game as well.

While they couldn’t target out Bjergsen in game two’s draft phase, Dignitas managed to once again secure Maokai, the champion most vital to Dignitas’ game one success.

And through much better macro play, Dignitas once again accrued a significant lead. Whenever TSM tried to take an objective, Dignitas seemed to always get two in return. TSM, behind in gold, decided to put their series hopes on top laner Kevin “Hauntzer” Yarnell’s splitpush Jax. Unfortunately for TSM, they weren’t able to withstand Dignitas’ constant dives, and were brought down.

Dignitas look to further their win streak to four games on July 23, when they face Cloud9.