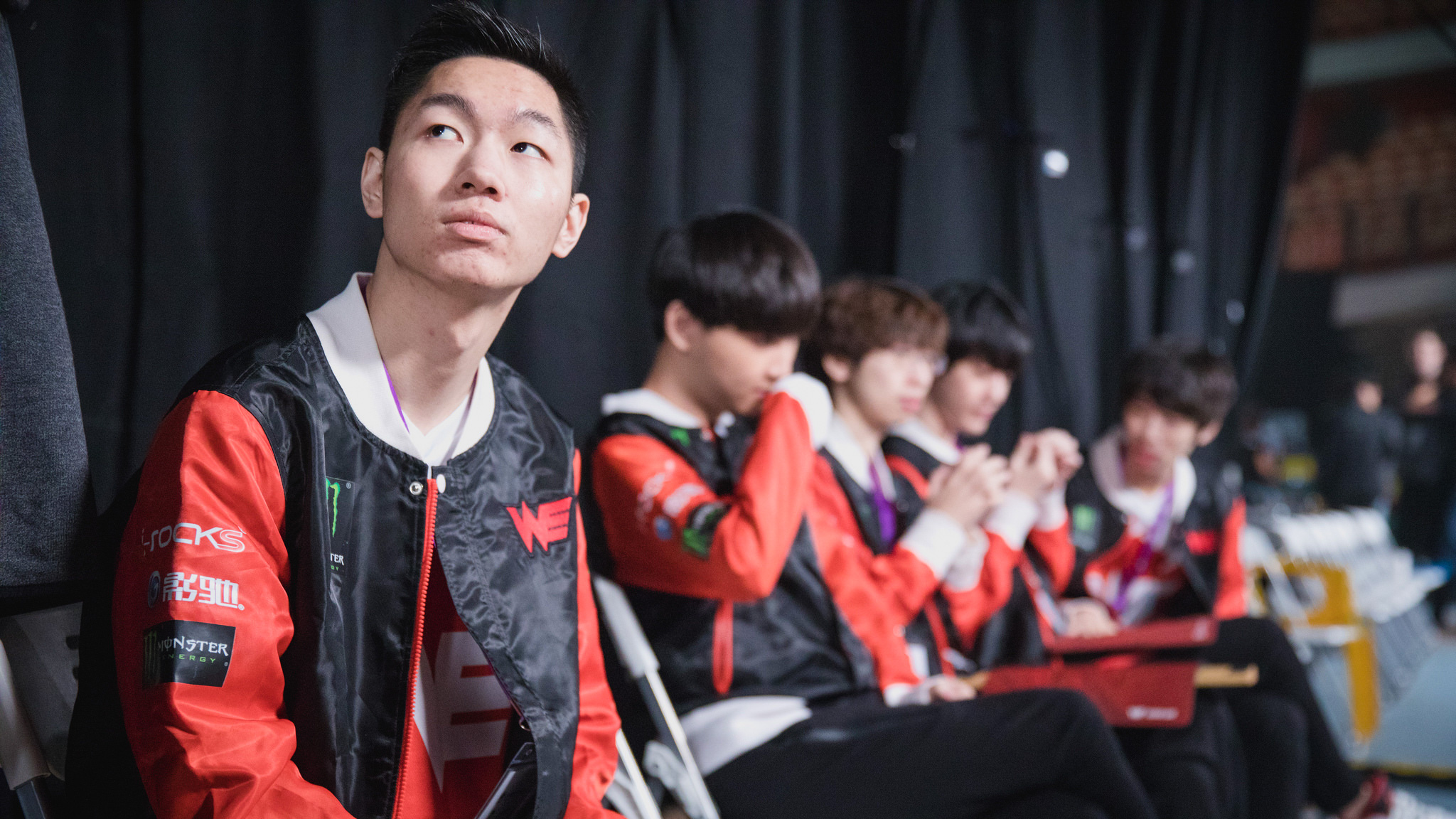 Everyone knows League of Legends is in an ADC meta.

The rise of Ardent Censer supports and other ADC-centric items like Redemption and Knight’s Vow means that the team with the better late-game ADC usually wins. That’s certainly been proven true at Worlds, where Janna has a 75 percent winrate in the group stage and hypercarry ADCs like Tristana, Twitch, and Kog’Maw are dominating.

But try telling that to teams in Group D. Sure, they know how to play around their ADCs and put priority on pairing Ardent Censer supports with hypercarries. But because League is so much of a team game, ADCs still need a lot of babysitting to get through the early game. And in this group, the key to victory often isn’t the ADC at all.

Instead, the teams are relying on early jungle pressure to set the tone for the rest of the game.

It starts in champion select

Professional coaches often complain that fans and pundits put too much emphasis on champion select. A coach’s contributions in training, research, and strategy should not be forgotten. And coaches usually don’t have total influence over drafts—a lot is dependent on what their players are comfortable with.

But ignoring the draft altogether is also a mistake, because bad drafts can decide games. Just look at the games played in Worlds Group D last week. Several games were influenced by how the draft phase dictated play.

In Team WE’s first game against TSM, the key for the LPL squad was the jungle position. Xiang “Condi” Ren-jie is a more stable jungler than TSM’s Dennis “Svenskeren” Johnsen, who has a propensity to invade without vision. To help Condi, WE drafted Sejuani, the highest priority jungler with Jarvan IV banned, in the first rotation.

TSM went with Gragas, a safe champion for Svenskeren. Gragas’ strong early clear, good ganks, and solid late game are great fits for a shaky jungler. TSM went further and protected Svenskeren with the rest of the draft, taking Cho’Gath into Shen in the top lane and Corki into Syndra in the mid lane.

How did that help Svenskeren? Both solo lanes had priority over their counterparts, allowing them to shove and roam. When playing with a jungler who has a tendency to get caught, pushing solo lanes are relief valves.

As the VOD review shows, Svenskeren took an aggressive early path that saw him invade Condi’s jungle extremely early. Svenskeren’s invade saw both top laner Kevin “Hauntzer” Yarnell and mid laner Søren “Bjergsen” Bjerg roam to his aid. By stealing Condi’s raptors, Svenskeren not only put the WE jungler behind in gold and experience, but he controlled where Condi could be on the map.

Because of TSM’s map control, Condi spent the next few minutes running in circles while Svenskeren had very clear farm paths. Condi’s second foray out of base was especially egregious—because of bad jungle timings and TSM’s control, he took bot-side rift scuttler, gromp, and then backed. That was it.

With jungle control, TSM transitioned to their next step: controlling Shen. WE wanted to use Ke “957” Chang-yu’s Shen ult to set up a play for the duo lane. Getting Xayah ahead was their lone remaining win condition.

WE’s task was made much more difficult by TSM’s control of Condi and their multiple winning lanes. In addition, TSM had multiple late game scenarios where they would out-scale. Winning despite two or more losing lanes is already incredibly difficult. Adding in a scaling deficit meant the LPL side’s execution would have to be perfect.

It wasn’t. TSM’s preferred approach is to wait out the Shen ult and try to outplay. Their map control and knowledge of Condi’s position allowed them to delay Shen’s engage until nearly 15 minutes into the game. Even then, it was a fine trade for TSM. WE threw everything at killing Svenskeren. But while doing so, they let Hauntzer collect a huge minion wave in top lane, getting solo experience, and eventually, the turret.

And they didn’t even shut down TSM ADC Yiliang “Doublelift” Peng, which was the whole point of Shen and Xayah. Instead, the TSM bot lane won a two-vs-two trade, putting TSM in control of everything. They took objective after objective and romped to a win. Team WE’s draft came back to bite them in spectacular fashion.

Learning from their mistakes

It would be tough for WE to learn from their mistakes before a match the next day against Flash Wolves. After all, Flash Wolves’ best player is their jungler. After some mid-split drama, Hung “Karsa” Hua-hsuan has once again ruled the LMS jungle. How could Condi beat him after falling so far behind Svenskeren?

Team WE’s first reaction was to simply ban Corki and Rakan. But it went deeper than that. This time, WE drafted the stronger solo lanes: Rumble into Shen and Galio into Vladimir. They copied TSM’s priority on stealing raptors with those strong lanes. With both solo lanes off to big leads, Team WE forced Flash Wolves into the same dangerous proposition WE faced against TSM: They had to use Shen to win the duo lane.

Because of the early invade, Condi had a timer on Karsa and knew at all times where he would be. Karsa’s top side jungle was WE territory for nearly the entire lane phase. Condi knew Karsa’s only option was to try and control the bot side river—the only part of the map where he had freedom. Just like WE needed to do against TSM, facing a scaling deficit, Flash Wolves needed to dive bot side with Shen. And they needed to do it before WE support Nam “Ben” Dong-hyun’s Janna hit level six.

Flash Wolves eventually went for it. They did it despite the fact that both teams knew it was coming. They had no other choice, and their execution just wasn’t good enough.

Instead of initiating with Hu “SwordArt” Shuo-jie’s Taric and using Shen ult while he tanked turret shots, the Shen ult came in on Vladimir, who has a built-in anti-turret ability: His pool. SwordArt died for a free kill and WE reset the map in their favor. Just like TSM, WE strung out the Shen ult without their top laner, which allowed 957 to get first turret gold.

Misfits put on a Shen clinic

After two straight Shen losses, you would think that Group D teams would stay away from the champion. But Misfits pulled it out against TSM to aplomb.

First, they got a stronger early-game mid laner in LeBlanc. Then, jungler Nubar “Maxlore” Sarafian took advantage of some downright disrespectful play from TSM’s bot lane to dive that side early. Those two dives by Misfits paid dividends even before the Shen ult came up.

That’s how to play around Shen—draft a strong mid laner and dive, dive, dive the bot lane. It sounds simple, but as Team WE and Flash Wolves proved, it’s hard. It requires a strong jungler who can obtain control and seize tempo. It requires everyone on the team to be on the same page.

It’s ironic that the team that’s shown the best in those qualities is Misfits. The other teams better be taking notes, because whoever learns the fastest will likely make it out of this group.