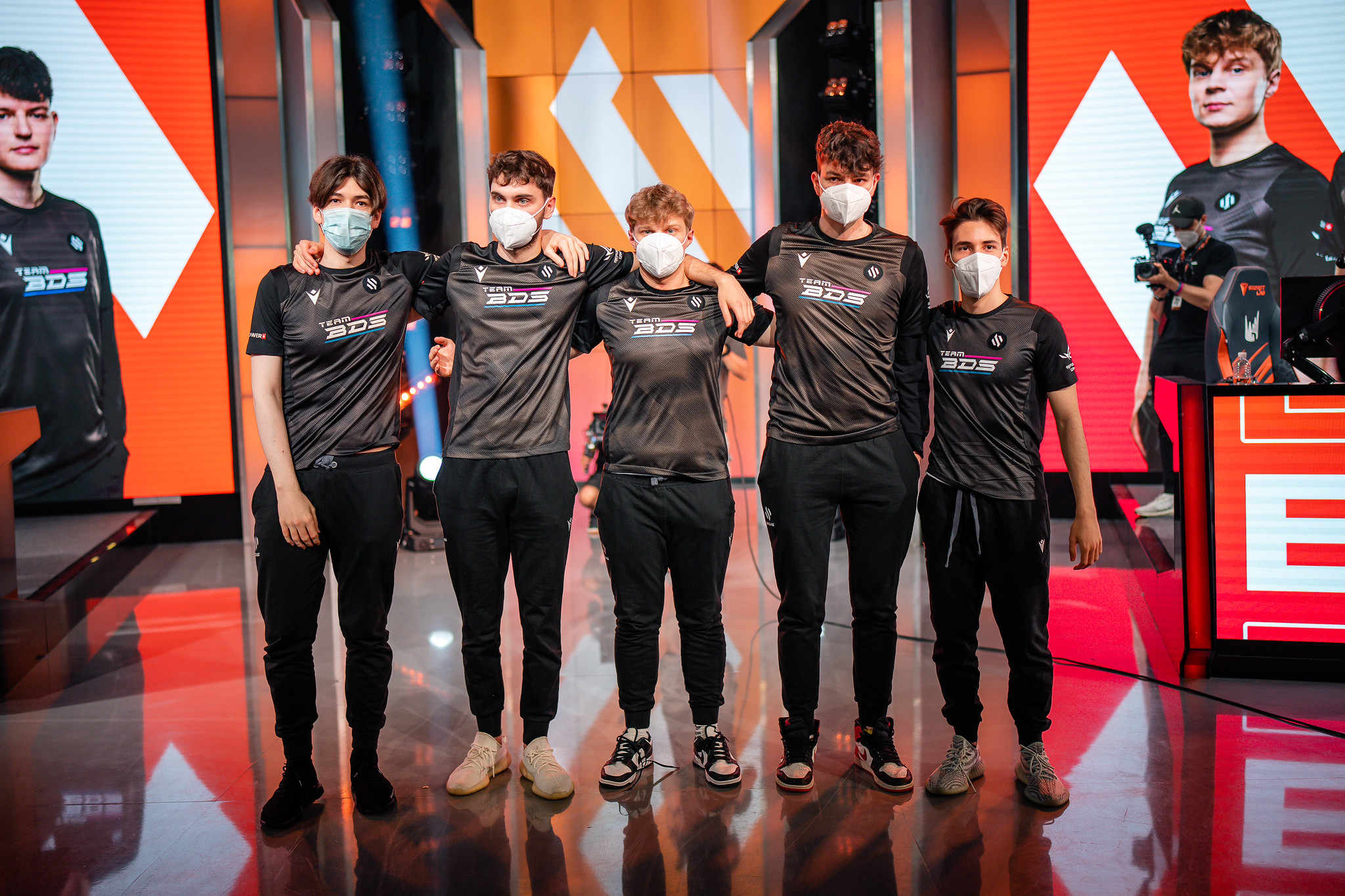 Team BDS ended G2 Esports’ win streak in the League of Legends LEC Summer Split 2022 in their second week of play thanks to an aggressive performance. They earned their first win of the split after 35 minutes of intense fights across the Rift against the previously first-placed G2.

The current LEC title holders came into the game as favorites after winning every game during the first week of the LEC Summer Split. However, Team BDS did not give up, and from the very first minutes of the game used a very aggressive playstyle, helping them secure the first blood on Caps in the mid lane. Once Caps returned to the mid lane, Nuclearint and Cinkrof killed him again without giving the enemy mid laner the time to assess the situation.

The great mid-jungler synergy established by BDS was pivotal to the success of the team. Cinkrof’s jungle path and well-timed ganks helped his team keep the aggressive push consolidated in all lanes. Despite the pressure, G2 did not concede terrain to team BDS. Instead, they fought back at every provocation, even gaining the numbers advantage during some teamfights, mostly thanks to an outstanding performance of Caps on Ahri. G2’s mid laner showcased all his mechanical prowess with the Nine-Tailed Fox, with decisive flanks and escapes that seemed nearly impossible.

But it still wasn’t enough, as BDS extended their control from the early to the late game.

After 27 minutes the two teams were tied, but BDS held the neutral objective advantage, and after coming out on top after a teamfight in front the drake’s pit, they obtained the Mountain Soul. Having taken down almost all members of G2, BDS moved towards the Baron pit, where they grabbed the team buff.

Once regaining their strength, BDS started to slowly push the bot lane as a united front, waiting for G2 to make the first move, which they did. One by one, G2 members started to fall, and BDS relentlessly moved towards the enemy’s Nexus to claim their first victory of the split.

The non-stop aggression across the map rewarded BDS with their first point in the LEC Summer Split regular season, but not with ease. With the new durability update, the teams’ playstyle needs to adapt to more prolonged games. This time, BDS’ strategy played out well both in the early and late game.

To close the second week of the Split, BDS will have to face off with Fnatic in a match where once again they’re not considered the favorites, while G2 will take on Team Vitality. Those interested can watch the games on lolesport’s website starting at 10am CT.