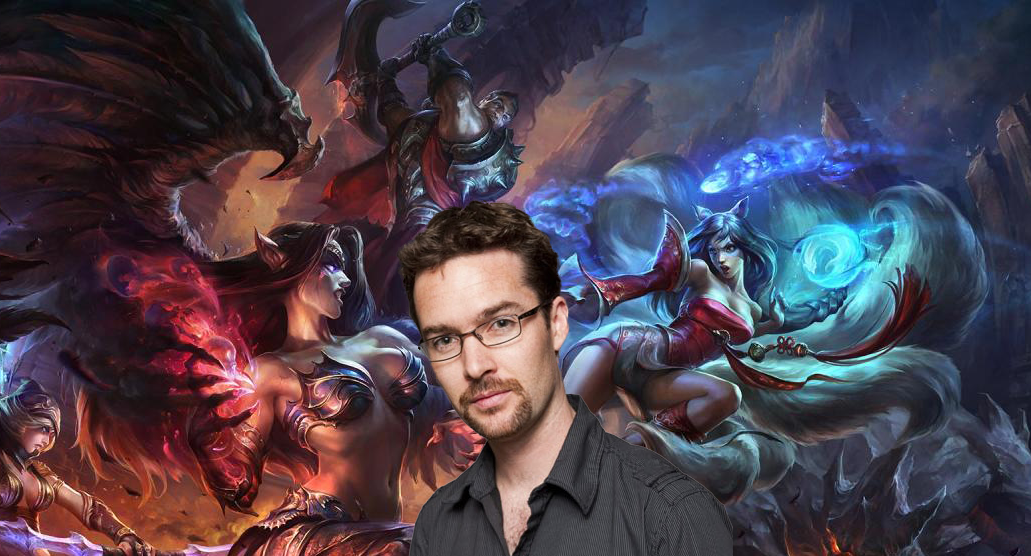 Photo and Image via Riot Games | Remix by Aaron Mickunas

League of Legends is never boring. It’s the most popular online game in the world, and it’s updated constantly with balance changes, new items, features, huge champion redesigns, and small champion reworks. When patch day rolls around, you can always expect to see pages full of improvements. While a few of these improvements end up failing, most of them make Summoner’s Rift a much better place.

This year especially, each patch and most of the balance changes that accompanied them have been on point. Players have Riot’s design team to thank for getting the ship sailing smoothly this year, and at that ship’s helm is Andrei “Meddler” van Roon, Riot’s lead gameplay designer. Over the last six months, he’s taken a special interest in communicating to League’s players and fans through a series of forum posts called “Meddler’s Quick Gameplay Thoughts.” Following numerous patches full of great changes and a bump in Riot’s communication, the meta for each role has diversified to the point that you can almost play anything you’d like. There are so many possible strategies that make League more fun to play than it’s been in ages.

Meddling with the fans

Quick Gameplay Thoughts began in February. Every few days, Meddler publishes a new post for the series on League’s official forums. To the community, it may seem like Riot’s way of letting the world know what’s coming. To Meddler, though, it’s not about revealing the future—it’s just his casual way to communicate with the playerbase about upcoming features, balance changes, and more. He wants to be transparent about the process.

“I enjoy talking to players and really like Riot’s approach to it,” Meddler told Dot Esports. “The way Rioters talked directly with interested players was one of the things that drew me to the company in the first place. So I was pretty excited to take part in that myself once I got onboard.”

Rather than writing long-form editorial pieces that require editing and revisions, Meddler figured Quick Gameplay Thoughts was the perfect avenue for short, snappy discussions with the community. He can assess new opinions, arguments, and concerns from the players on upcoming changes without having to wait terribly long, and it seems to be working out very well so far. That doesn’t mean it doesn’t come with its fair share of challenges, though.

“I really enjoy doing the Quick Gameplay Thoughts posts, there are certainly some challenges and a learning curve that go with them though,” Meddler said. “Some weeks there’s a huge amount to talk about. Some weeks we’re comparatively light on obvious topics. I want to be talking regularly regardless though, so I’m still figuring out the best way to use those quieter periods.”

During the slow weeks, he tries to shake things up by taking polls and listening to community ideas rather than sharing future changes and plans. The real challenge is the comments. Meddler tries to take part in the comments, replying where he can, but sometimes he can’t get to them all. At times like that, players may get a little angry, feeling their voices aren’t being heard. He says he does read them all, though, but sometimes a player’s comment may be a bit too “big picture” for a discussion in Quick Gameplay Thoughts.

He often speaks up about big design decisions—beyond any one champion, item, or mechanic. And even though that can be even more challenging, as the lead game designer, he’s the best person for that job.

Talking about the big stuff

Meddler does a great job to open communication up for big picture procedural changes. Most recently, he brought up the design team’s decision to halt class updates altogether. Gathering the community’s feedback on something so important for the future of the game is especially difficult. Because of how important these topics are, they’re usually reserved for official announcement articles from the design team itself.

The news on class updates, for example, was shared in the official Champion Roadmap for June, but that didn’t stop Meddler from diving in on his own.

“Our class updates were never intended to be a thing that just went on forever,” Meddler said. “At this point though, working on champs to address balanceability/game health issues is, we believe, the better call in terms of where we spend our small update time. That means more one-off projects, rather than a class-based approach.”

Riot is returning to specific champion updates to hit problems on the head wherever they crop up. The last class update was Patch 7.9, which overhauled the vanguard tank class, and before that, the assassin class update of Patch 6.24. The theory behind these updates was a good one. There were a lot of relatively similar champions that needed updates, and Riot thought it was best to hit them all at once. It had unexpected consequences, though.

For starters, lumping a bunch of champions together forces the assumption that these champions all play the same despite having key differences. For example, putting LeBlanc and Rengar into the assassin update pulls attention away from the fact that they function better as a mobile control mage and a diver respectively. It resulted in some problems, and now, both Rengar and LeBlanc are candidates to receive yet another rework to try to fix things this time around.

The tank update presented another problem. Having so many major gameplay changes together can cause the design team to miss a few things.

For example, on release of the vanguard class update, Zac was abnormally weak, Sejuani was OP, and Maokai was totally nonexistent. Following several sets of follow-up changes in future patches to correct those issues, balance still has not been restored to this very day. Now, it’s Maokai who’s OP and is being slaughtered with nerf after nerf. Sejuani is considered almost too strong, and Zac may again be too weak after several weeks of being OP himself.

There are some that disagree with the approach Meddler takes. To them, it’s a waste of time to include regular, average players in these discussions at all, especially important discussions like class update procedures and replacing the runes system. Why not just gather advice from professional and high elo players? Certainly, they’d know best, right? Why bother with Quick Gameplay Thoughts at all?

Sticking up for the little guy

There are a lot of reasons why Meddler does what he does. He sees diverse sets of skills, ideas, and perspectives in League’s playerbase, and he believes tapping into that is invaluable for designers.

Even when hiring game designers, Meddler is open to the idea of bringing in a Bronze player to the team, according to an Ask Riot article published by Riot earlier this year. From backend systems designers to new champion designers, applicants need only be in the Bronze, Silver, and Gold range of ranked gameplay to really understand what needs to be done. You don’t need to have a high solo queue ranking to be creative or a critical thinker.

In the same way, listening to advice from only high ranked players would bottleneck the feedback process for any upcoming change or decision, and that’s why Meddler likes to communicate with everyone.

“Getting advice from players who are extremely good at playing League of Legends is really valuable when it comes to working on the game,” Meddler said. “We’ve got a number of Masters, Challenger or ex-Pro players at Riot who are constantly involved in the balance and testing process as a result. However, there are a lot of other skills that are also really important. People who are awesome at everything are certainly ideal, realistically though there’s always some degree of tradeoff of different skills.”

Now if only that creativity or critical thinking could be put to use to actually get out of Bronze, though.