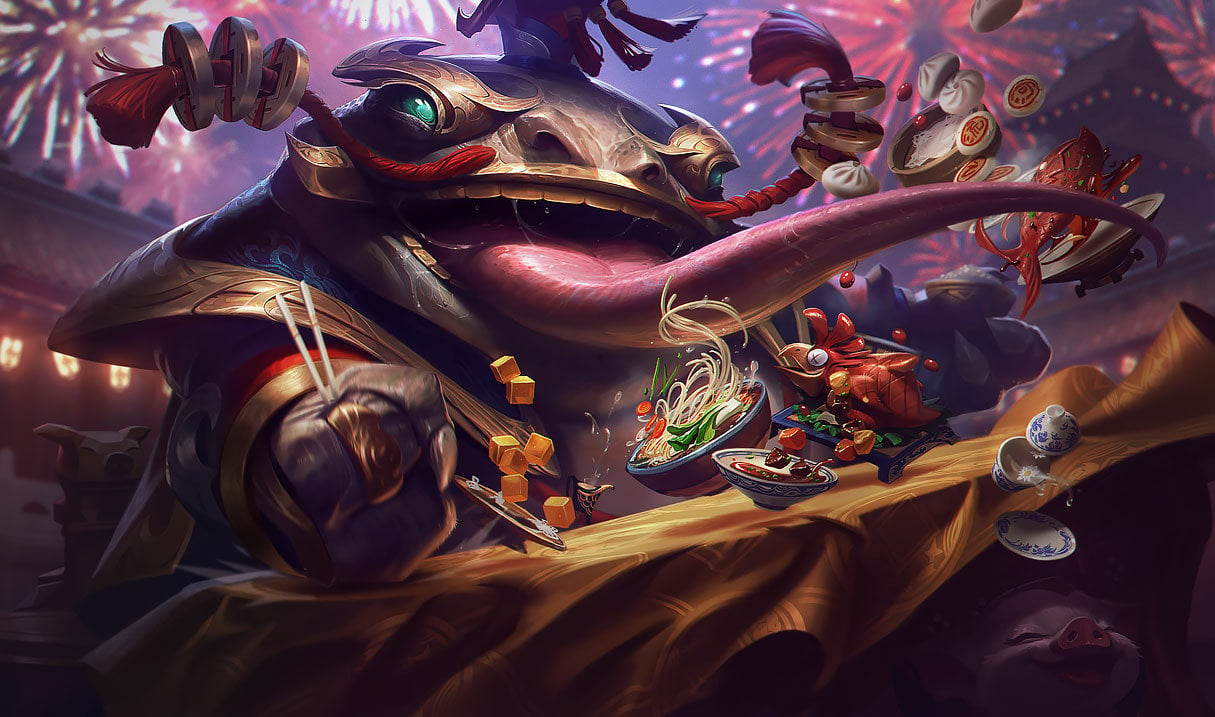 “So the TK rework is coming once preseason is (more) settled and we have time to finish up the work and allocate the resources,” Phlox said. “Really would prefer to have it out before pro starts again, but I sadly can’t just slap a timeline here.”

Although Phlox didn’t assign a specific date for Tahm Kench’s rework, they did suggest that it’s coming to the game ahead of the next pro season, which typically kicks off in the closing stages of January.

With the rework, Riot aims to move Tahm Kench’s Devour (W) ability to his ultimate slot where it gets to be “significantly more powerful as a spell cast” and therefore “less dependent on allies playing around it,” according to the developer’s quick gameplay thoughts in June. This will make it deal more damage to enemies and protect allies by granting them a shield.

In the proposed update, the open W slot will then become a new engage tool that will “similarly be less coordination reliant than” Tahm Kench’s live engage ultimate. It will essentially be a faster, shorter range personal Abyssal Voyage that damages and knocks up enemies on arrival, Riot said.

To go alongside these changes, Riot is testing a self-heal on Tongue Last (Q) and allowing it to once again stack Tahm Kench’s passive, An Acquired Taste, to “encourage” offensive uses of Devour.

In light of the 2021 preseason, Tahm Kench’s win rate has dropped to 45 percent in the support position—the second-worst in his role. His kit, which is weak for the vast majority of players in solo queue and strong in pro play, has been crying out for a rework.