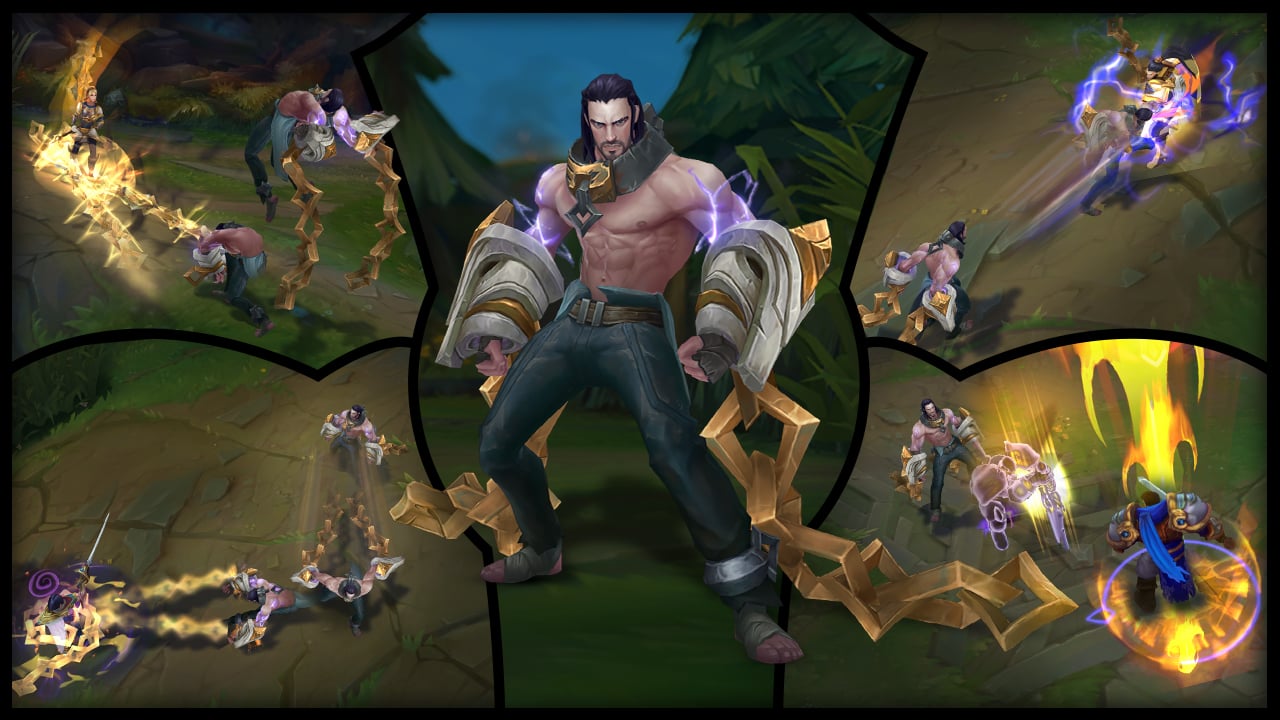 League of Legends’ next champion, Sylas the Unshackled, was revealed today by Riot on Universe, the game’s official lore platform. Moments later, his abilities were revealed as well, showcasing his kit full of heavy crowd control and, more notably, ability stealing.

His kit reveals him to be a bit of a bruiser or drain tank, sort of like Illaoi, but with a lot more crowd control. As a trade, his ultimate ability is a lot less reliable than hers, which can be used as a powerful tool in every teamfight. Sylas’ ultimate ability power depends completely on the champions around him, because he can siphon their abilities to use for himself. Therefore, if they aren’t useful in teamfights, neither is Sylas’ ultimate. It can be hit-or-miss, but it introduces a brand new mechanic to League gameplay, and it looks incredibly fun.

“After casting a spell, Sylas’ next basic attack whirls his chains around him, damaging nearby enemies.”

“Sylas lashes out with his chains, damaging and slightly slowing enemies. After a brief delay, the intersection of the chains detonates, applying an increased slow and damaging enemies again.”

“Sylas dashes a short distance and shields himself.

“For a short time, he can recast the ability to whip out his chains, stunning, damaging, and pulling himself to the first enemy hit.”

“Sylas hijacks an enemy’s ultimate for his own use.

“Enemies can still use their ultimates if Sylas takes them. Sylas can take an enemy’s ultimate whenever Hijack is off cooldown, but can’t hijack the same enemy for a while after.”