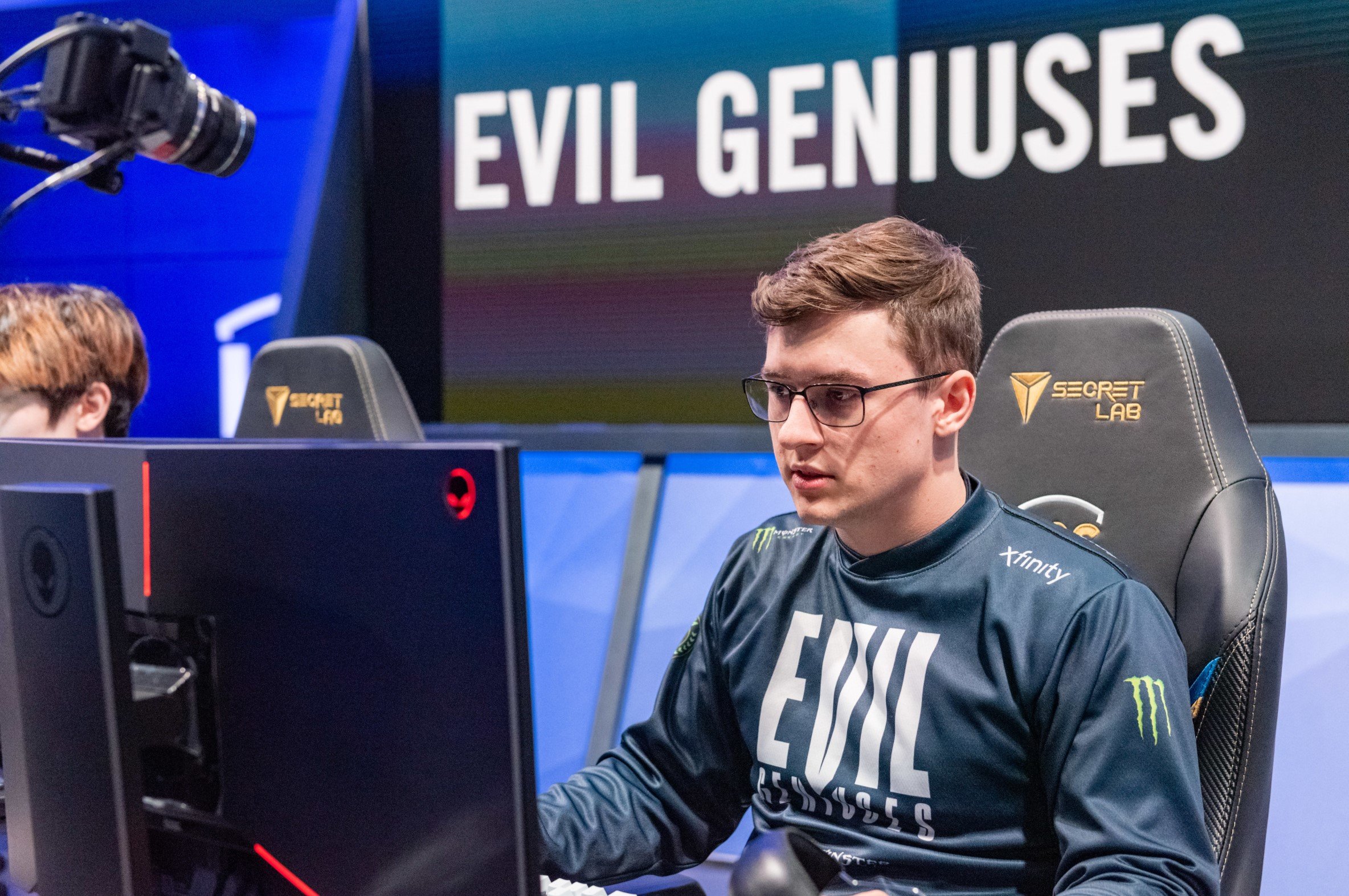 Thus far into the 2021 LCS season, Evil Geniuses have looked relatively strong compared to other teams in the league. A third-place finish at the Lock In tournament and an early win over FlyQuest has the team raising eyebrows across the North American League of Legends scene.

The most notable factor in EG’s early success, however, could be the performance of the team’s veteran jungler, Svenskeren. The former MVP posts a 3.9 KDA and a 67.9-percent KP through EG’s 11 games between the Lock In tournament and the start of the regular season, according to League of Legends stats site gol.gg. Against FlyQuest today, his 3/3/9 scoreline helped EG net their first win of the regular season.

Coming into 2021, Svenskeren stands out as the second-longest tenured jungler in the LCS. Entering his sixth year as an LCS starter, Svenskeren finds himself near the top of the pack in terms of experience in the jungle position. Only Team Liquid’s Santorin and his seven years in North America has him beat out when it comes to service time.

“The player I respect the most is Santorin,” Svenskeren said of his fellow countryman in an interview with Dot Esports. “We’ve both been playing for a really long time, and if there’s something that I want to learn, I’ll just look at him.”

But as the jungle position gets younger and younger across the league, veterans like Svenskeren and Santorin are finding themselves on the outside looking in. While young, fiery names like Spica, Closer, and Josedeodo make headlines across the league, the “old guard” of junglers—headlined by players like Svenskeren—is doing everything in its power to keep its head above water.

This year, the LCS is seeing a strong contingency of rookies and sophomore players rising through the ranks. With 14 fresh players making their LCS debuts this weekend, North America has never seen such a convincing influx of talent—more specifically, young talent—make its way into the region at once. Additionally, with at least five players currently in the running for a chance to win Rookie of the Year, the LCS is playing host to its strongest class of young players in recent memory.

But in a true act of defiance against the ever-shifting norm, EG is coming into the 2021 season with a roster that sports a tenured veteran in every single position. Even Deftly, the team’s comparatively unseasoned AD carry, has been around the block. He’ll be entering his fourth full year as a professional player. Across the Rift, all five players on the EG roster have been playing professional League of Legends for at least three full seasons. By no means is this team making an attempt to invest in young talent with its starting roster.

“When you get veterans on a team, the basics are going to be a lot easier,” Svenskeren said. “We already know how to play the game on a basic level, but rookies still need to learn how to do that.”

And if anything, the fact that EG is one of the few teams to sport a starting lineup that puts an emphasis on experience and durability more so than development could be a boon for the squad. With five veterans lining the roster, EG is essentially able to circumvent any hypothetical bumps and bruises that could occur in the mechanical department and get straight to the fine-tuning process. Coalescing as a unit is a whole lot easier when the team doesn’t have to worry about getting comfortable with the league around it first.

“We have a lot of veterans, so we don’t really need to mesh together like teams that have a lot of rookies,” Svenskeren said. “Obviously, it’s going to be a lot easier to look strong right now because of the veteranship, but hopefully we can just keep up the motivation and keep improving.”

And if there’s going to be any one true test for this EG squad throughout the entirety of 2020, it’s going to be staying the course and continuing to stay relevant as the year goes on. Already, the team has proven it can make a bit of noise early on in the year, but taking these early-season results and turning them into a lucrative product down the road is going to be what turns this 1-1 team into a genuine contender come August when an LCS title is on the line.

Even more importantly, thanks to a shift in format on the part of the LCS, the games that EG are playing now will count just as much as those late-summer contests on the distant horizon. A 45-game regular split means more high-stakes matches throughout the year, but it also means more chances for EG to grow, and more opportunities for the league to develop.

“The split being longer and having more games to play will be more fun for me,” Svenskeren said. “I like having games that are worth something rather than having a lot of scrims that don’t really mean anything. I like the new system.”

That many games certainly makes for a loaded schedule. But if there’s one matchup Svenskeren and EG are already circling on their calendars, it’s their Feb. 19 game against Santorin and Liquid, a squad that took down EG in convincing 3-0 fashion at last month’s Lock In tournament.

“I would say TL looks really strong. They won the Lock In tournament and they took us out 3-0,” Svenskeren said. “I have a lot of respect for them and we can look at their games and learn from them. What they have over us is their mid-game macro. That’s something we need to learn.”

There’s still two weeks and five games to go for Evil Geniuses before Liquid start to make waves on the radar. Tomorrow, Svenskeren and his team will face off against Golden Guardians as they attempt to walk out of the first weekend of the 2021 LCS regular season with a 2-1 record.