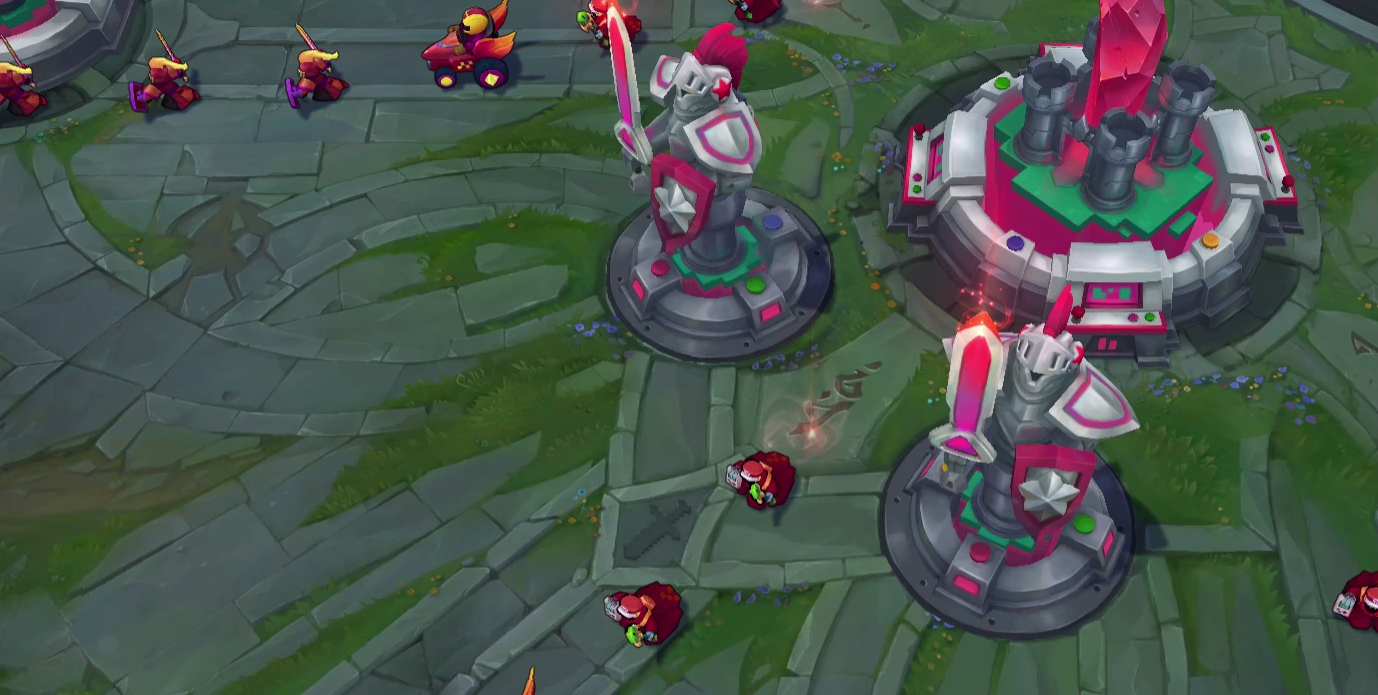 The Arcade skin line has been around in League of Legends for a few years now. We’ve had heroes and villains like Arcade Riven and Final Boss Veigar, and we’re even getting a whole new lineup of Battle Boss villains soon. Something that’s never happened, however, is an Arcade Summoner’s Rift, and that’s exactly what we’re getting in the next patch.

The pixelfied Rift went up on the PBE during the latest update, and it looks amazing. This new Arcade Rift features new towers, inhibitors, and nexuses. There will also be props like pixel poros, arcade minions, and lane decals. It even goes so far into detail that the graphics and sounds that play when you level up and farm are even themed as well, and of course the Summoner’s Rift soundtrack has been altered, too.

Unlike other themed Summoner’s Rifts in the past, this one will have a toggle option in the settings menu that will allow you to disable it. For some players, the new sights and sounds are distracting from the game and what you need to do to win, and that’s why Riot is implementing this feature for the first time.

All of these new skins and an awesome new map should make for one impressive Arcade event, and with all of the assets hitting the PBE so soon, we can expect to see them in the live game in a few weeks.