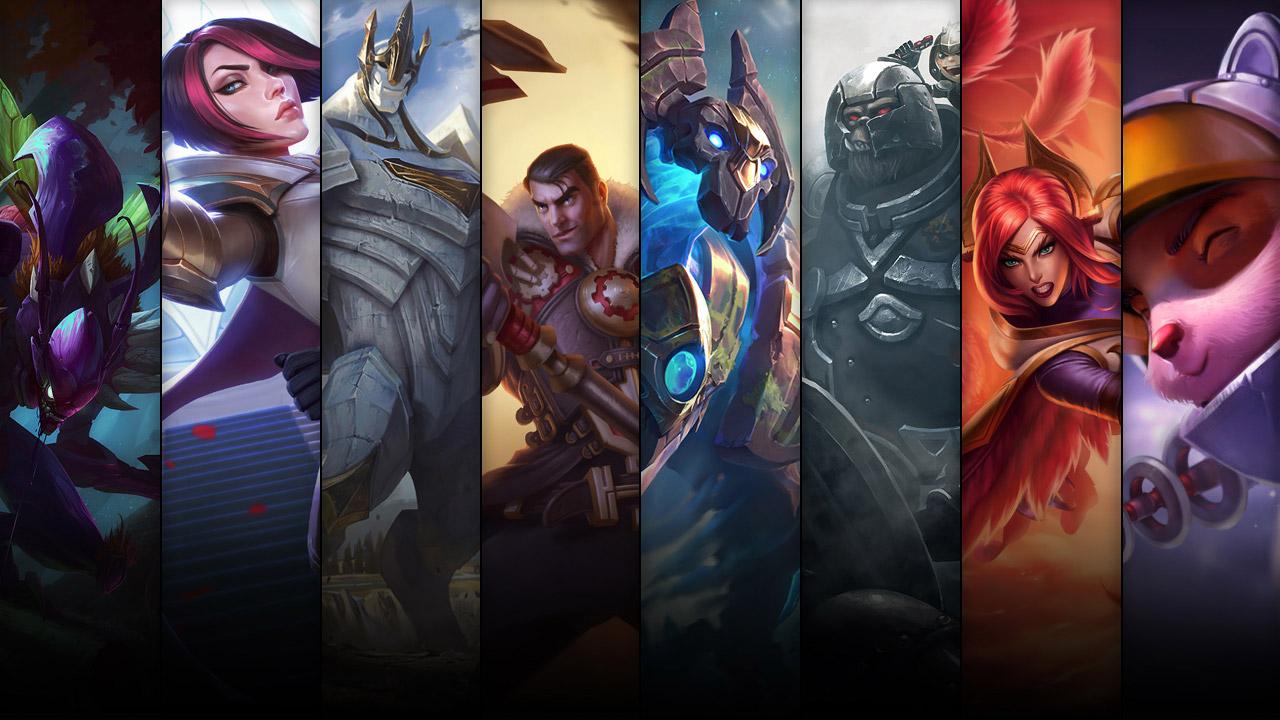 The champion sale this week is one of the best we’ve seen in a while. Galio, Fiora, and Jayce are very fun to play, and more importantly, they’re strong. Fiora’s in the middle of a rough patch thanks to nerfs to her passive and ultimate, but her passive was recently buffed and her ultimate will be buffed soon, so she’ll be right back on top.

Kha’Zix is the final sale recipient, and he’s been a great jungler for months now, making Aug. 29 through Sept. 1 a great time to buff your champion arsenal. The skins on sale aren’t too shabby, either.

Galio’s place in solo queue is very similar to Shen or Gangplank’s. He’s one of the few top laners that can have a huge impact on the team and the entire game with a gigantic, momentous ultimate ability. He’s also possibly the only tank that can poke down lane bullies like Gnar and Teemo, making him a great all around pick.

Fiora has been a dominant top laner since the start of the season, and even though she’s a little subpar right now, the buffs coming next patch should toss her right back up where she belongs—as one of the best tank slayers in the game.

Unlike Fiora, Jayce is in a fantastic spot. He’s a great lane bully and hyper carry, and not many top laners can switch between dueling and sieging so seamlessly. Unfortunately, he’s also very difficult, so if you’re looking to pick him up, don’t be frustrated if you don’t get it right away.

Kha’Zix is perhaps the best jungle assassin in the meta right now. With tanks popping up everywhere—in the jungle, top lane, and support—most assassin junglers have died off or at least slightly faded away. Kha’Zix has remained a top priority jungle pick in solo queue.

After Galio’s rework early this year, a lot of his old skins were turned into really badass creations. Aside from the legendary Gatekeeper Galio, Enchanted might be his best skin now, because it looks awesome. Since the original skin was priced so low for essentially being a recolor before the big rework, it’s on sale for only 260 RP.

Demolisher Nunu is a solid Nunu skin, turning the normally dopey child and his yeti into an armored war machine. Unfortunately, it doesn’t come with any cool new effects, but it’s still a solid skin. It’s on sale for 487 RP.

Between Heartseeker, Corsair, and Woad Scout, Quinn has some really cool skins. Unfortunately, Phoenix isn’t quite on the same level. If you’re a Quinn enthusiast, and you want a fiery alteration of her basic form, then this skin is right for you. It may not be quite as awesome as her other skins, but hey, it’s on sale (for 487 RP, to be exact).

Teemo might be one of the most annoying champs in the game, but he has some really kickass skins. Astronaut is right up there with Little Devil and Omega Squad, and it alters his abilities and voiceover, even giving him new effects to both sounds and animations. It’s on sale for 675 RP.