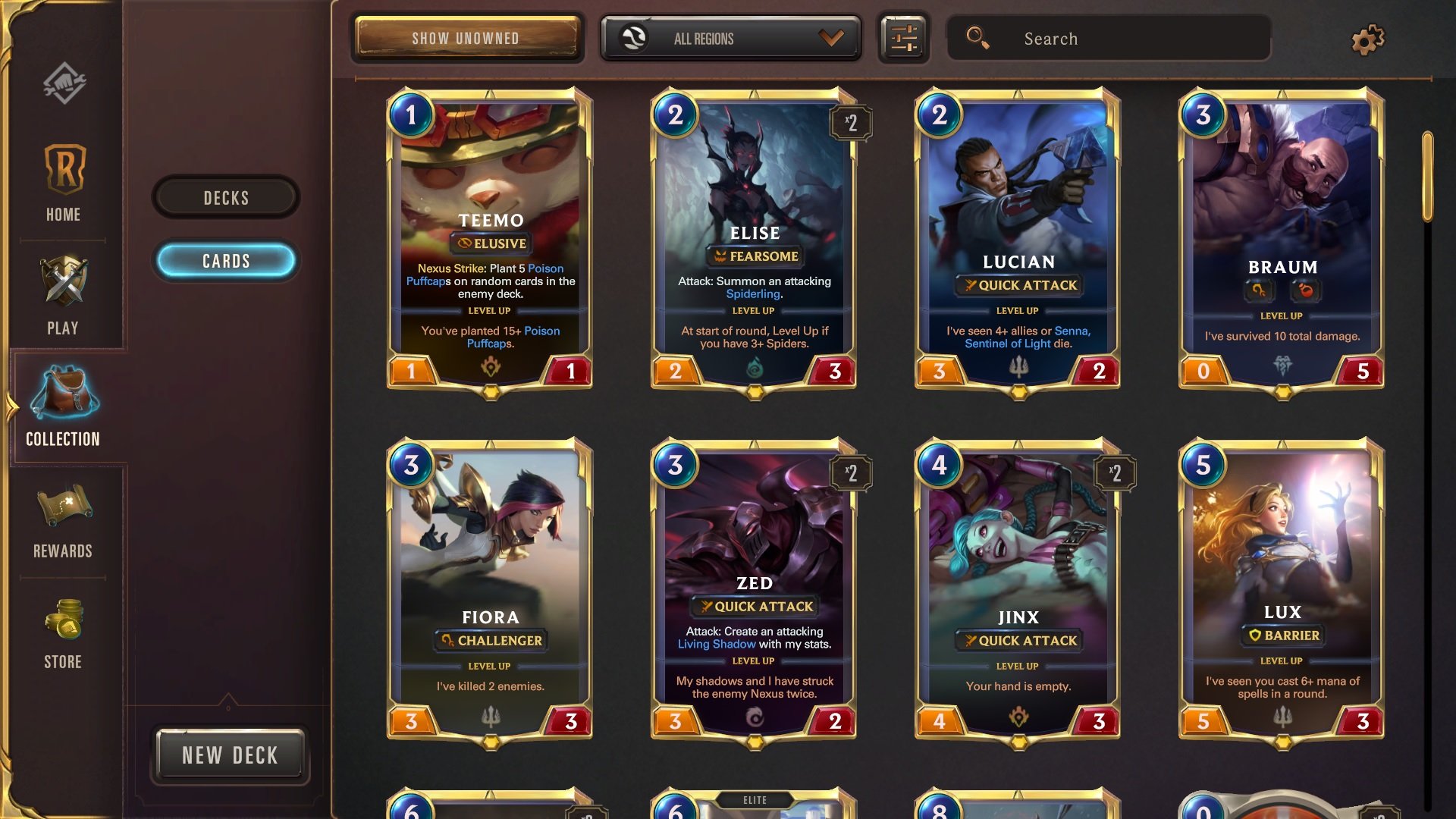 The streamer, who evidently had access to the closed beta, accidentally uploaded a video on YouTube to his 765,000 subscribers, listing many of the changes coming to the digital card game. In the 32-minute video, he played the new iteration of LoR and scrolled through changes to both the menu system and many of the cards.

The video was quickly taken down from his channel, but esports website Inven Global recorded a copy of all the changes.

The LoR open beta officially releases on Jan. 24, but those who pre-registered before Jan. 19 will have access a day early on Jan. 23. All of the updates listed are tentative and may change before the game’s release. They should provide a good idea of what’s to come, however.