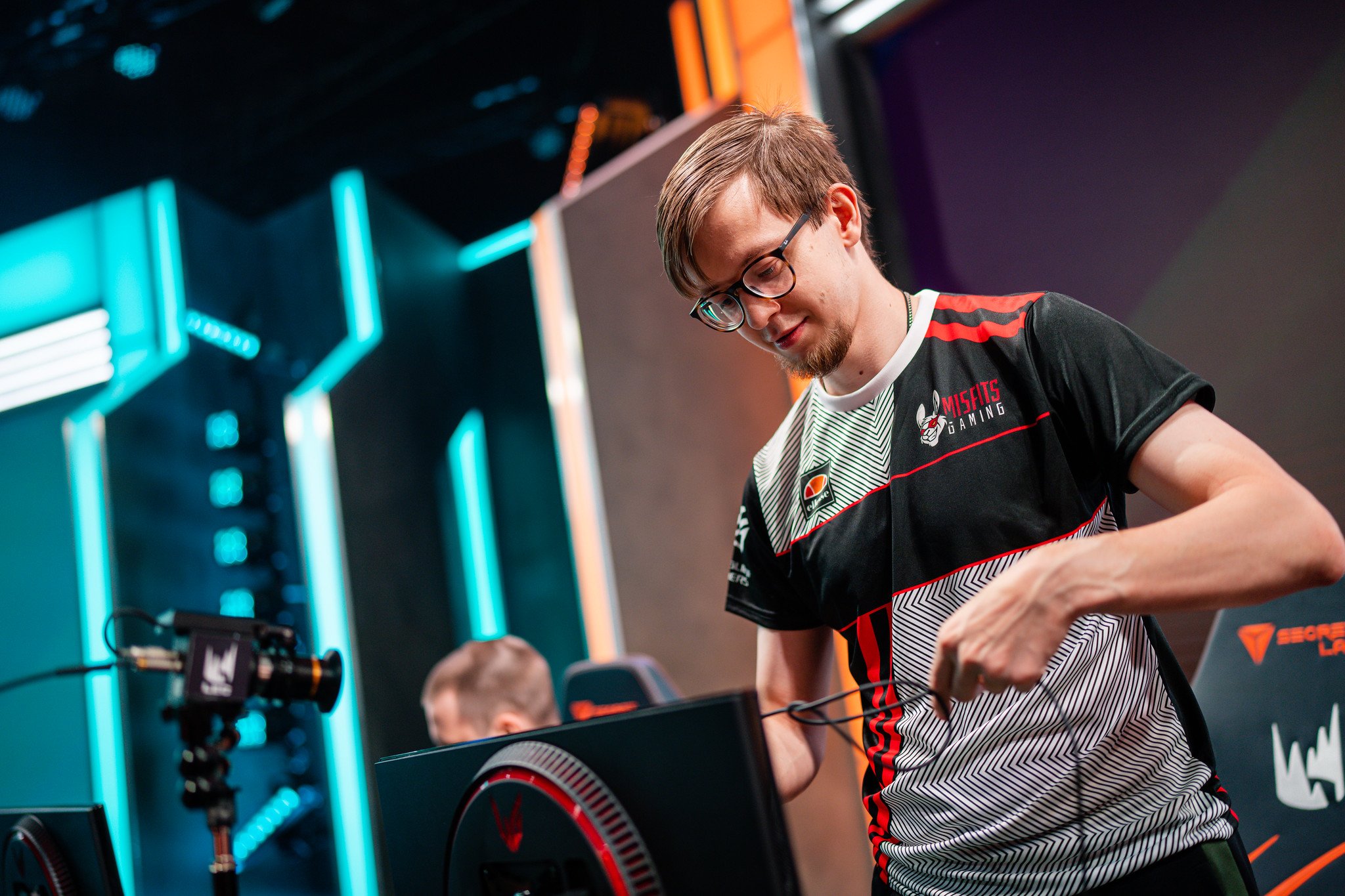 Surprising news regarding Misfits’ future in the LEC did not stop the team from regaining their footing and getting even closer to the 2022 Summer Split Playoffs.

Misfits closed out a nearly 50-minute, hard-fought battle against Rogue, propelling the team to sixth place in the standings and keeping their postseason dreams alive. On a two-game losing streak, Rogue remain at the top of the standings with MAD Lions for now. If MAD win their match later today against Fnatic, they will hold a one-game lead over Rogue.

What Rogue lacked in kill pressure in the early game they made up for in objectives. Towers and dragons fell into their hands as gold funneled directly into the opposing ADC and mid laner. Luckily for Rogue, these objectives enabled them to balance out the gold between both teams, putting the focus on teamfights where both teams would be able to display the true value of their gold in items.

Fully aware of the damage potential between Neon and Vetheo, however, Rogue opted to play safe for most of the mid and late game. Though they had the engage, a single misstep from one of their players would leave them wide open to retaliation. A late Baron for the team afforded them a clear path into Misfits’ base, complete with a nearly 5,000 gold lead, yet they continued to fear a counterattack from Misfits.

Grabbing hold of the Ocean Soul gave Misfits the opportunity to stop yet another Baron push from Rogue at the entrance to their base, emerging victorious in the skirmish thanks to free-firing from Neon’s Zeri. An overextension by Malrang into the entirety of Misfits with little help around him marked the end of what had been a Rogue-focused game for almost an entire hour. This left Trymbi to unsuccessfully contest a push from four members of Misfits alive and ready to take the Nexus.

Misfits informed the world on Wednesday it would be exiting League in 2023, having sold its LEC spot to Team Heretics and leaving the future of its current roster uncertain. The Misfits players did not let this deter them, though, answering Rogue every time they sought to end the game and ensuring that if they were going down, they would do so fighting.

Misfits now venture into their final six matches of the 2022 LEC Summer Split with upward momentum after taking down the team that was previously tied for first. Their potential to qualify for the Summer Playoffs remains, should Fnatic, Astralis, and SK Gaming not contest their spot. Rogue will look to break out of this small loss streak tomorrow against Astralis.