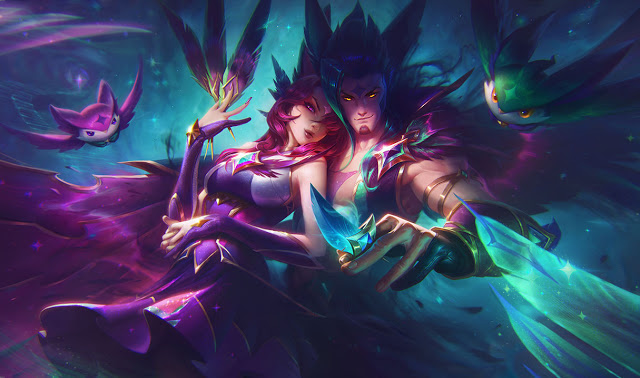 In late 2016, Riot Games kicked off the first Star Guardians event with a beautiful cinematic and music video. Titled “Burning Bright,” the video was the first attempt at creating an anime-inspired video for League of Legends.

That video was followed by “A New Horizon” in 2017, but Riot took a break from hosting the event in 2018. This year though, the Star Guardians are back and Riot just teased this year’s cinematic with a brief trailer during the LPL playoffs.

This year’s Star Guardian event is the first time we get some real anime-style conflict in the skin line’s storyline, with the introduction of darker skins for Zoe, Xayah, and Rakan. While some fans were disappointed with the fallen angel look, darkness and redemption are standard themes in anime.

The full music video featuring all of the new skins should drop in the next few days as the event is scheduled to kick off on Sept. 11.