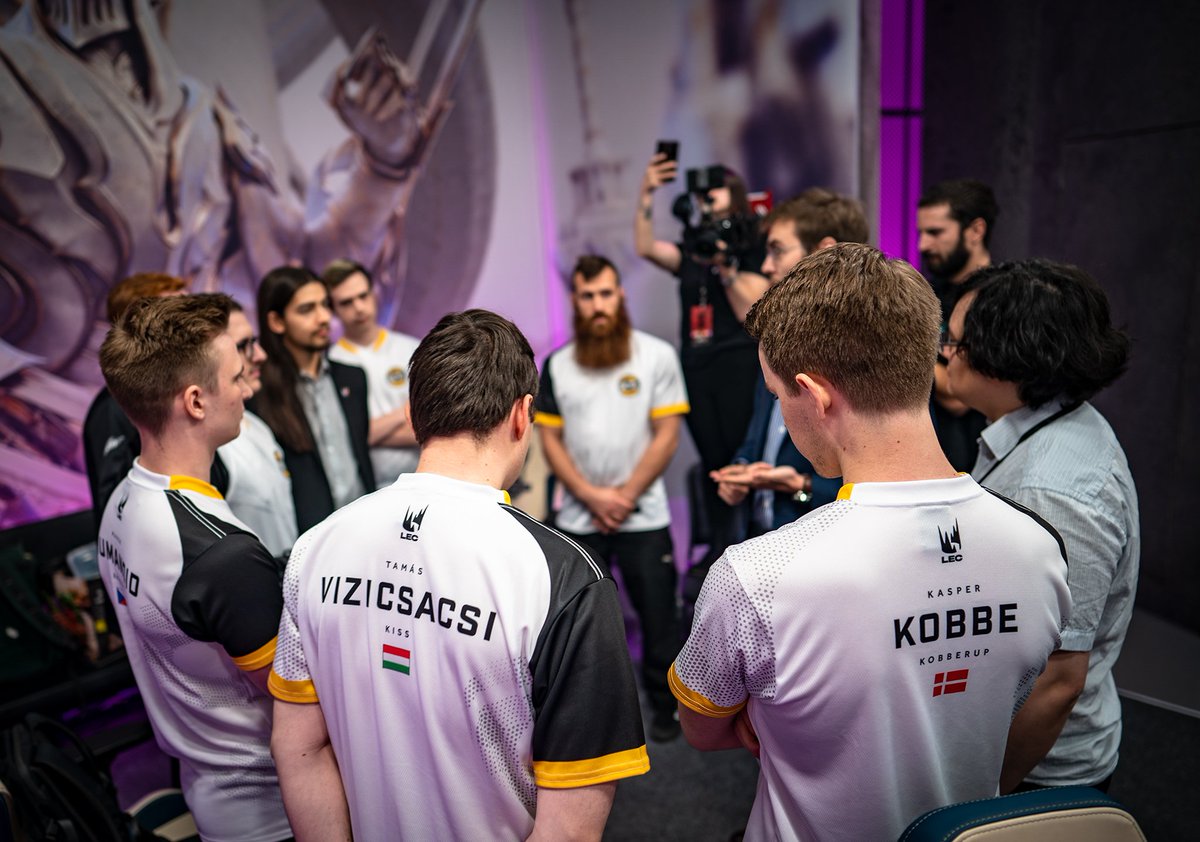 Splyce took down Japan’s Detonation FocusMe in a one-sided affair at World 2019 today. This win will probably be the first of many for the LEC representatives who look poised to make big runs toward the knockout stage of this League of Legends tournament.

In their first match at Worlds, DFM tried to break out a unique mid lane pick for Kyohei “Ceros” Yoshida: Nocturne. But the plan fell apart once Splyce began to dominate the side lanes before Ceros could begin using his ultimate to any true effect.

Splyce, known for a slower, more controlled playstyle, began crushing DFM right from the get-go. Andrei “Xerxe” Dragomir grabbed two kills before the five-minute mark and Splyce were running over their opponents in multiple lanes 18 minutes into the game. Kasper “Kobbe” Kobberup had a monster performance, leading both teams with 11 kills and no deaths.

DFM simply needed to slow down the pace of the game, but they continued to force fights even though they were extremely behind. They’ll need to regroup and rethink their team strategies before they head out to face Isurus Gaming in the fourth match of the day.

Meanwhile, Splyce’s confidence must be through the roof after this strong showing. It was an important win for this roster that features four Worlds newcomers. This first win was crucial for Splyce’s mentality heading into the rest of the play-in stage.