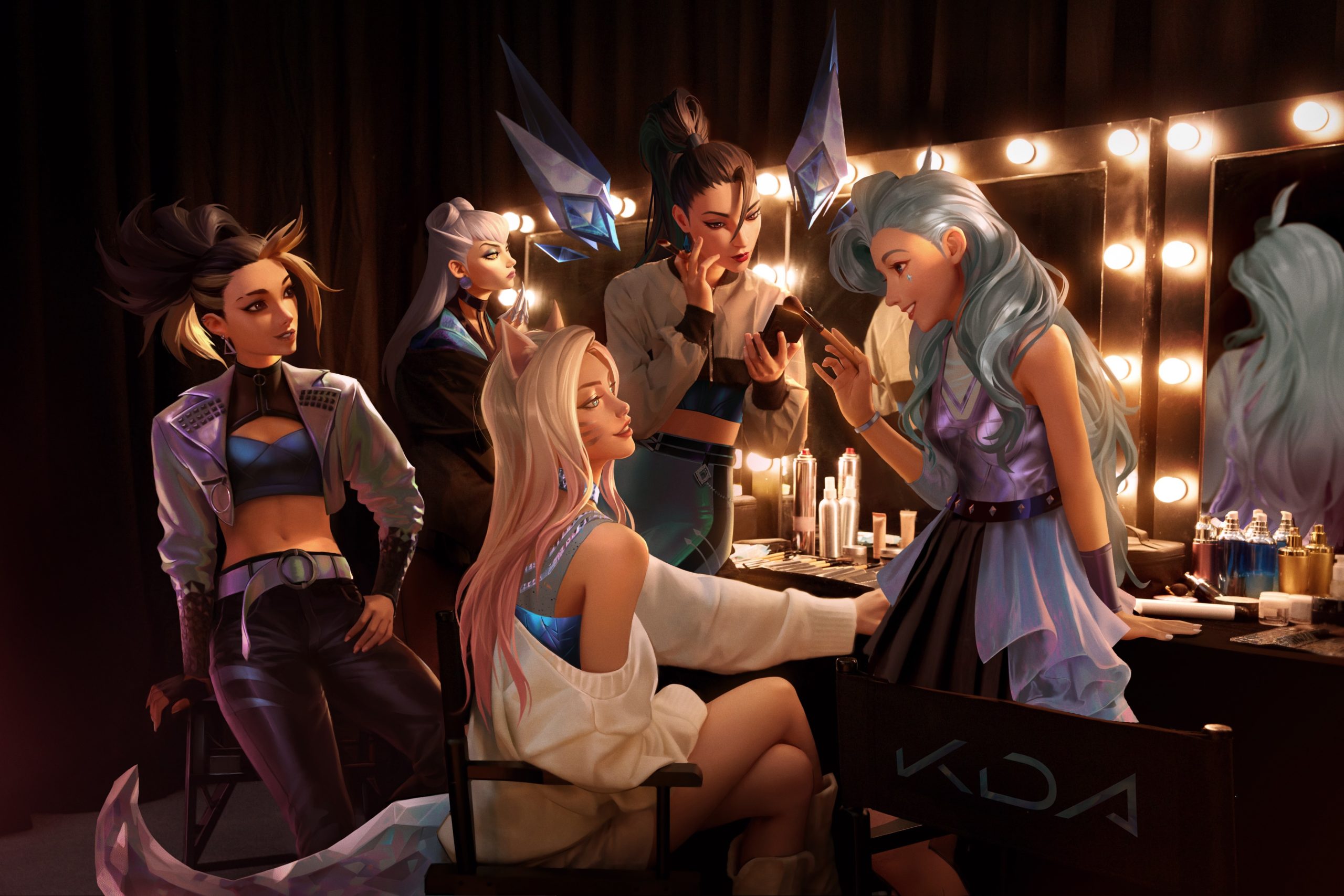 Everyone’s favorite video game girl group, K/DA, has come back with a bang with the release of their first EP ALL OUT. After bursting into the scene in 2018 with the hit single “POP/STARS,” K/DA cemented their position in the hearts of League of Legends fans with their bilingual lyrics and unique style.

ALL OUT has been a long time coming for K/DA fans, as the group’s first extended play release in their career. With five songs on the album, each produced by a member of the group (including guest producer and feature artist Seraphine, voiced by Lexie Liu) the EP is a chance for each member to flex their musical muscles and showcase their personality.

With K/DA’s discography finally expanding after years of waiting, here is a conclusive ranking of their songs so far. Whether you’re a fan of light-hearted pop classics or speaker-shaking basslines, K/DA has something for everyone.

This collaboration with four members of K-pop group Twice is a departure from K/DA’s normal, bass-heavy style. It has a distinctly bubblegum pop feel with a ’90s edge and lyrics focused on finding yourself and self-love. Produced by Ahri, it mimics her pop star vocals and clean-cut image. “I’ll Show You” is a simple, feel-good song but lacks the usual hard-hitting impact that fans are used to with K/DA’s releases.

“Drum go Dum,” produced by Kai’Sa, is a stark contrast to the light pop overtones of “I’ll Show You.” As the title suggests, it’s a drum-heavy track that wouldn’t feel too out of place in a nightclub, featuring the distinctive vocals of Wolftyla, who voices Kai’Sa in “MORE.” Although the drums do, of course, go dum, complemented by a synthesized, robotic-sounding bassline, the song at times feels a little flat. Where previous K/DA songs have been filled with interesting chromatic harmonies and rich instrumentals, this track feels almost artificial in how computerized it is, barring it from moving any higher in the rankings.

“Villain” is Evelynn’s song—and it suits her to a T. Synths seem to be a common feature in K/DA’s ALL OUT EP and this is no exception. There’s very little melody, with writer Bekuh Boom instead choosing to focus on an almost movie-soundtrack feel. The light and airy vocals of new K/DA collaborator Kim Petras contrast perfectly with the richer, deeper voice of Madison Beer in a lyrical fusion that’s almost as enchanting as Eve’s Last Caress.

Released as a teaser for the ALL OUT EP in September, “The Baddest” is immediately much more recognizable as a K/DA classic. The top three tracks in this ranking all contain Soyeon as Akali alongside (G)I-DLE bandmate Miyeon as Ahri—and it’s not hard to see why they’re the most popular songs K/DA has produced. With lyrics in Korean and English, Soyeon’s lightning-speed rapping brings the heat to what could have otherwise been a repetitive song. Her deeper tone perfectly contrasts with the soprano vocals of Bea Miller and Miyeon.

This was the song that started it all for K/DA. Released in 2018, it marked the beginning of a new era of musical releases for Riot Games. Racking up an impressive 390 million views on the music video alone, it features the OG lineup of Madison Beer, (G)I-DLE’s Soyeon and Miyeon, and Jaira Burns, all of whom returned for features on ALL OUT except Burns. It defined K/DA’s sound as empowering and bold and made people fall in love with Soyeon’s half Korean, half English, all badass rapping style—so much so that she reprised her role as Akali in 2019’s True Damage alongside Ekko, Yasuo, Qiyana, and Senna.

“MORE” snatches the top spot on this list. The 2020 single is the only K/DA song to feature three languages. It also introduced Seraphine, voiced by Chinese artist Lexie Liu. With verses in Korean, English, and Mandarin, it’s a fusion of styles that make every verse a unique experience. From Akali’s bars to Seraphine’s gentle falsetto and Evelynn’s distinctive deep voice, this song truly does have something for everyone. The music video sits at 27 million views within nine days of its initial release and an augmented reality live performance of the song at the 2020 World Championship finals saw K/DA take to the stage to perform its latest hit alongside Lexie Liu.