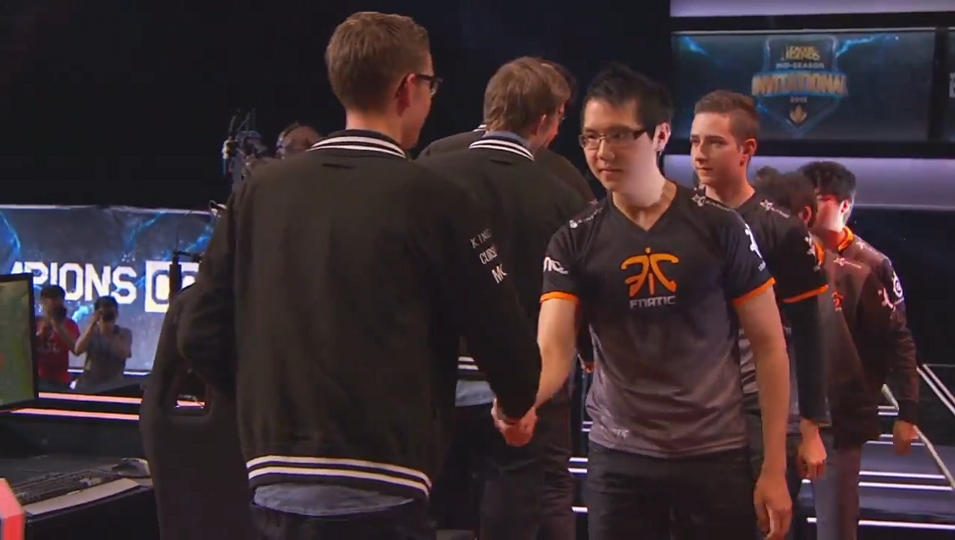 TSM is clearly the best team in NA. NA is not the worst region there is, and it can compete with other regions but not today. By the way, the Wild Card win does not count as a proper win because those regions are significantly weaker than the rest.

TSM is not a destructive organization, their fans often are. TSM fans usually are unable to think properly when it comes to rating this team. The same can be said for fans of any team in any game really, but in League, because TSM has such a large fan base that irrationalism has taken control. For example, the New York Yankees, a baseball team, have a large fan base as well, but they do not have the fans practically monopolized. Both teams are old teams for their sport, successful in the past and present, and have a lot of money. The only thing that lets TSM control practically every fan in every region is that esports is not a very local based sport. Sure TSM, there are regions, but it is not uncommon for people to follow these different regions. I watch Korea, China, NA, and EU quite often, and although many people do not spend as much time as I do in watching pro League of Legends, most people have an idea who Deft, Faker, and Huni are. The TSM marketing has spread so deep that if I were held hostage by ISIS I could say “The Baylife is within me,” and I would be freed. Okay, that is a hyperbole, but people who don’t even follow NA or play games other than League chant “TSM TSM TSM.” TSM fans are able to make outlandish statements because people want to hear those things. This may be something that you do not want to hear, but you should listen. Today, TSM was proven to not be the unstoppable team that their fans think that they are, and believing that they are the best will not make anything better. Ignorance will only make things worse.

Today, TSM got two-o’ed. As I said, Besjiktas does not count as a team able to compete at this level, and Kabum winning against Alliance does not prove the point that Wild Card regions are on par with standard regions. I expected TSM to win against Fnatic, but they didn’t. They do not know how to play with their picks getting taken away. They do not know how how to adapt on the fly. They lack strategy and skill that teams like SKT and EDG both have in large quantities. Dyrus cannot win lane against proper opponents. Bjergsen lost when getting camped. Santorin could not go to super-star level. Bottom lane could not take advantage of the situation. What about that one almost solo kill Bjergsen got on Faker you might say. Well, I respond that the operative word is almost, Faker was able to stay in lane, and Faker did awesome that game. TSM has had good players at one time or another, but they haven’t seemed to show up today. TSM players, for quite a while now, have been using their coaching staff as a crutch. It would be nice to see TSM play better. Maybe, they could pull of an unlikely win off against EDG. They can’t lose those games tomorrow if they want to advance. It would be a mighty shame for NA, my region, if they can’t make it into the knockout stage.

Do I think that TSM will win tomorrow? Well, it seems likely that they aren’t going to make it out. EDG is argued to be the best in the world, and ahq has shown up to be a formidable team at this tournament. On Wednesday, I would have said that TSM would advance from the group stage, but after Day One, I am feeling much less confident. I think its time for some roster changes on TSM. Gasp, Oh no! Calm down. I think that the players have all been proven to be good, but I think that it is time for there to be in-house and active subs. Mid lane and ADC subs should be found. I propose that they function like the ones in Asia. Easyhoon was in for SKT’s first game, and Faker was in for the second. Dyrus and Turtle have not been performing as they should or used to be. A substitute could help to spur them to do better, be used in different strategies, and is the obvious back-up when something goes wrong. TSM is an organization with a goal of winning Worlds, and without some changes, they will just have another MSI Day One. The one-off at Katowice combined with weaker competition does not make them the best then or now. Either TSM will become instantly super good and win, or they will be that one step down from the top. The NA fans deserve a Worlds victory, and if there are no changes in some way or another, they will be saddened again.

Afternote: For those of you wondering, the last paragraph is based on this song originally by Sammy Davis Jr. This song is in Fallout: New Vegas and sung by Bing Crosby in that version, in case you some how remember this song.