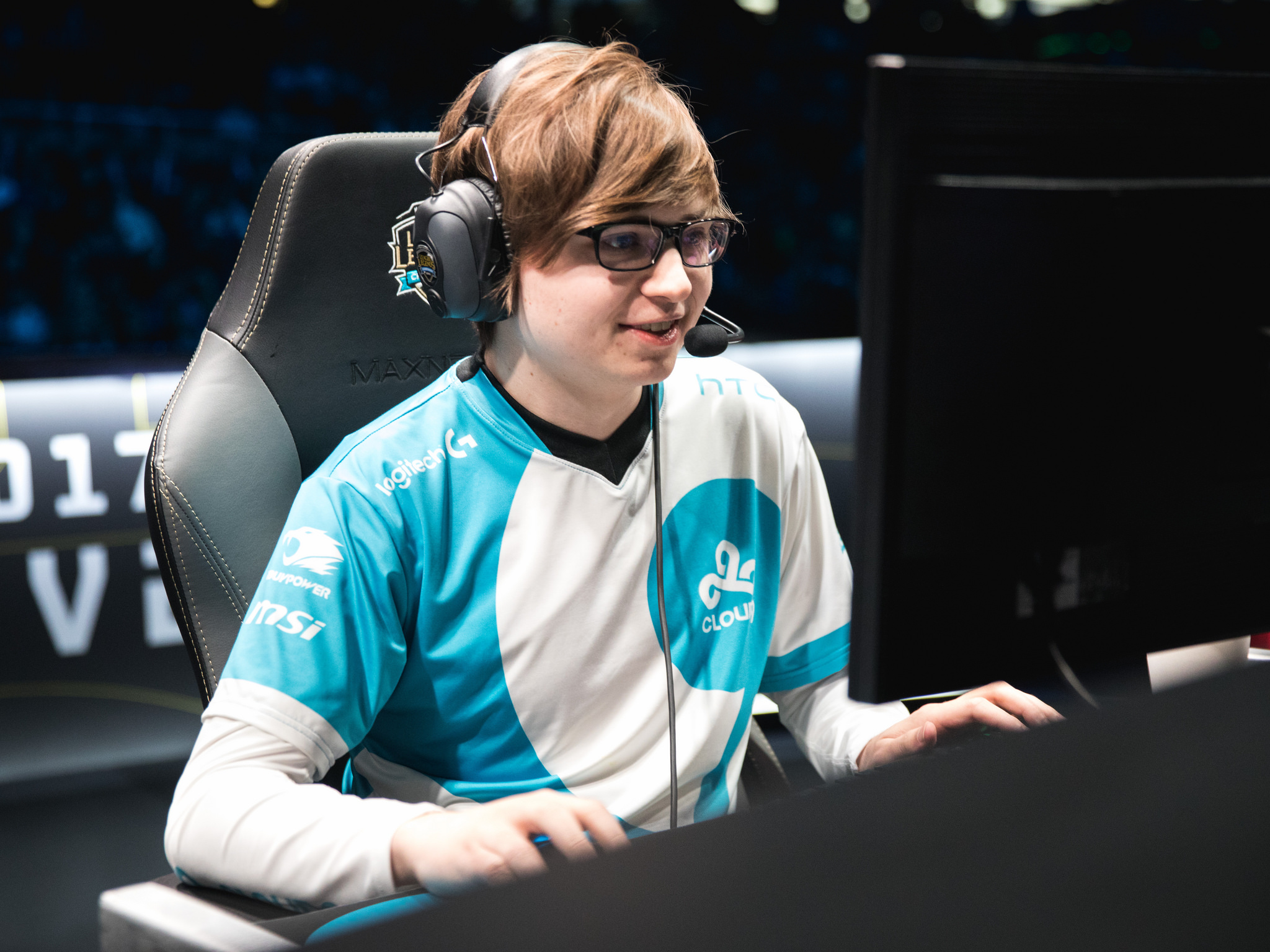 The ban was for playing an offensive song by Filthy Frank, a musician and comedian that rose to fame on YouTube, on the live stream, Sneaky later said in a tweet. The song, “White is Right,” supposedly pokes fun at the redneck stereotype, but it contains several uses of racial slurs, so it’s not surprising that it caused Sneaky’s channel to be banned, as the slurs directly violate Twitch’s Terms of Service.

This is nothing new, though. It’s not just racial slurs that accidentally pop up in the background of streamers’ broadcasts. Trolling fans also regularly include offensive donation messages or even phone numbers on stream.

It’s time for content creators to step up and limit just how much this type of content leaks into their streams.

Other top-tier League players joked around with Sneaky on Twitter, making light of the situation. Marcus “Dyrus” Hill, another popular streamer, asked Sneaky what the song was, because he wanted a day off too. Nicolaj Jensen, Sneaky’s C9 teammate and friend, also messed with him.

Although the League community didn’t seem fazed by Sneaky’s ban, the overarching situation has escalated beyond a simple laughing matter. Too much offensive content is often shared on big streams by trolling fans, and it raises one big question—should streamers be held responsible for offensive content broadcasted on their stream by their audience? The answer is clear.

Of course they should be held responsible.

Although it isn’t necessarily the streamer who makes an offensive comment or sings the racist song, it’s their choice to use text-to-speech and messages to accompany donations. It’s also their choice to allow their audience to request and play songs after donating so much money. Most importantly, it’s their broadcast that displays the offensive content to thousands of viewers.

For instance, if Sneaky’s ban had been because of the phone number that was displayed in a donation message, and that phone number was really a hospital that hundreds of his fans immediately began calling, Sneaky should be held responsible. That’s an extreme hypothetical, but it holds true for smaller cases of potential harassment, too.

Sneaky’s stream isn’t the only culprit either. Dyrus recently sent a private message to all of his subscribers explaining that he had just banned a nine month re-subscriber because his donation message was too spammy. He’s considering disabling text-to-speech for re-subs altogether and raising his donation limit as well if another text-to-speech message “tilts him to hell.”

Sneaky’s channel was unbanned sometime yesterday, according to a Reddit post. If streamers like Sneaky don’t want their broadcasts to be used by trolls to display offensive content, they need to take matters into their own hands. They should raise donation limits and consider finding new text-to-speech and donation message programs that allow them to filter out certain language.