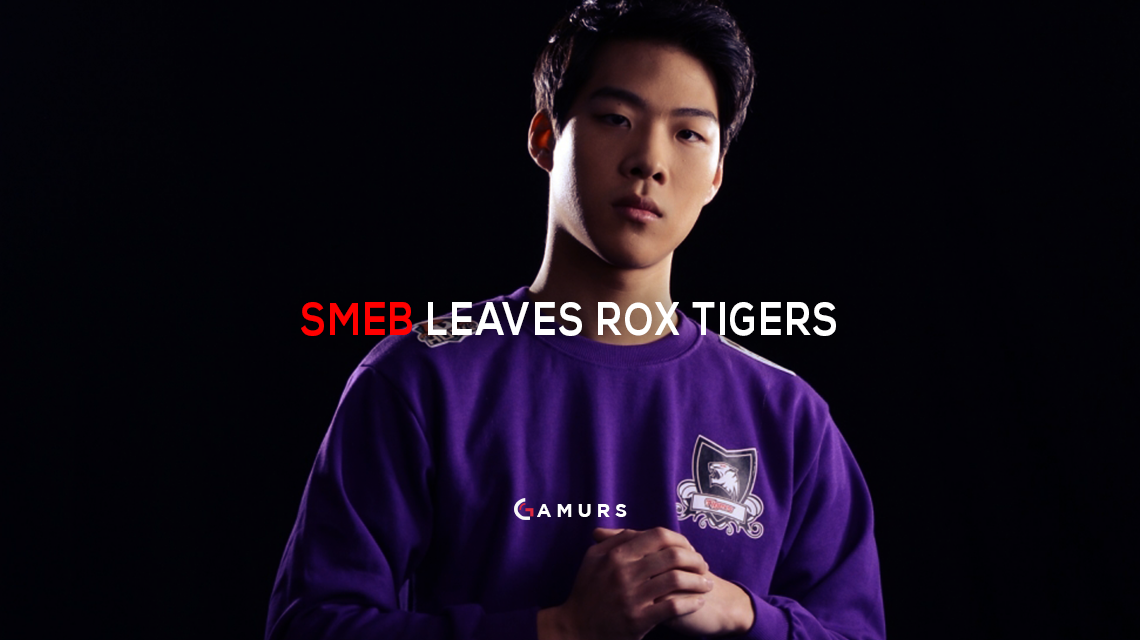 The ROX Tigers have officially confirmed that Song “Smeb” Kyung-ho is leaving the team after their impressive first place finish in the 2016 LCK Summer Split and a semifinal finish in the 2016 World Championship, barely missing out on a spot in the finals after a heartbreaking series loss to SK Telecom T1.

Earlier this week, the ROX Tigers reported that several players on their team would explore different opportunities, but this post on ROX’s Facebook officially confirms the departure of Smeb.

The official announcement reads as follows:

“Kyung-ho ‘Smeb’ Song came to the Tigers fresh from two unremarkable years at Incredible Miracle, only to defy expectations and reach new heights as one of the best players in the world. His development as a player with the ROX Tigers is inspiring, and he fully earned this year’s back-to-back season MVPs. Smeb was one of the original members of the Tigers and has been integral to the team’s success over the past two years. His brilliant and flashy play is trademark Tigers style. Today we say goodbye to our top laner Smeb, but we continue to look forward to his future accomplishments. Thank you for your hard work. We will miss your singing and passion for the game.”

From Smeb to his fans:

“[Over] these past two years, I pushed myself really hard and I believe the results were really good. I feel I approached the game with a truly cheerful heart. In the midst of it all was the support of our fans, I think without their support, the ROX Tigers couldn’t have shown the same good results or joy during the last two years. I sincerely thank everyone who supported the ROX Tigers. I wish you all the best. Thank you.”

Where do you think Smeb will go? Let us know by commenting below or tweeting us @GAMURScom.