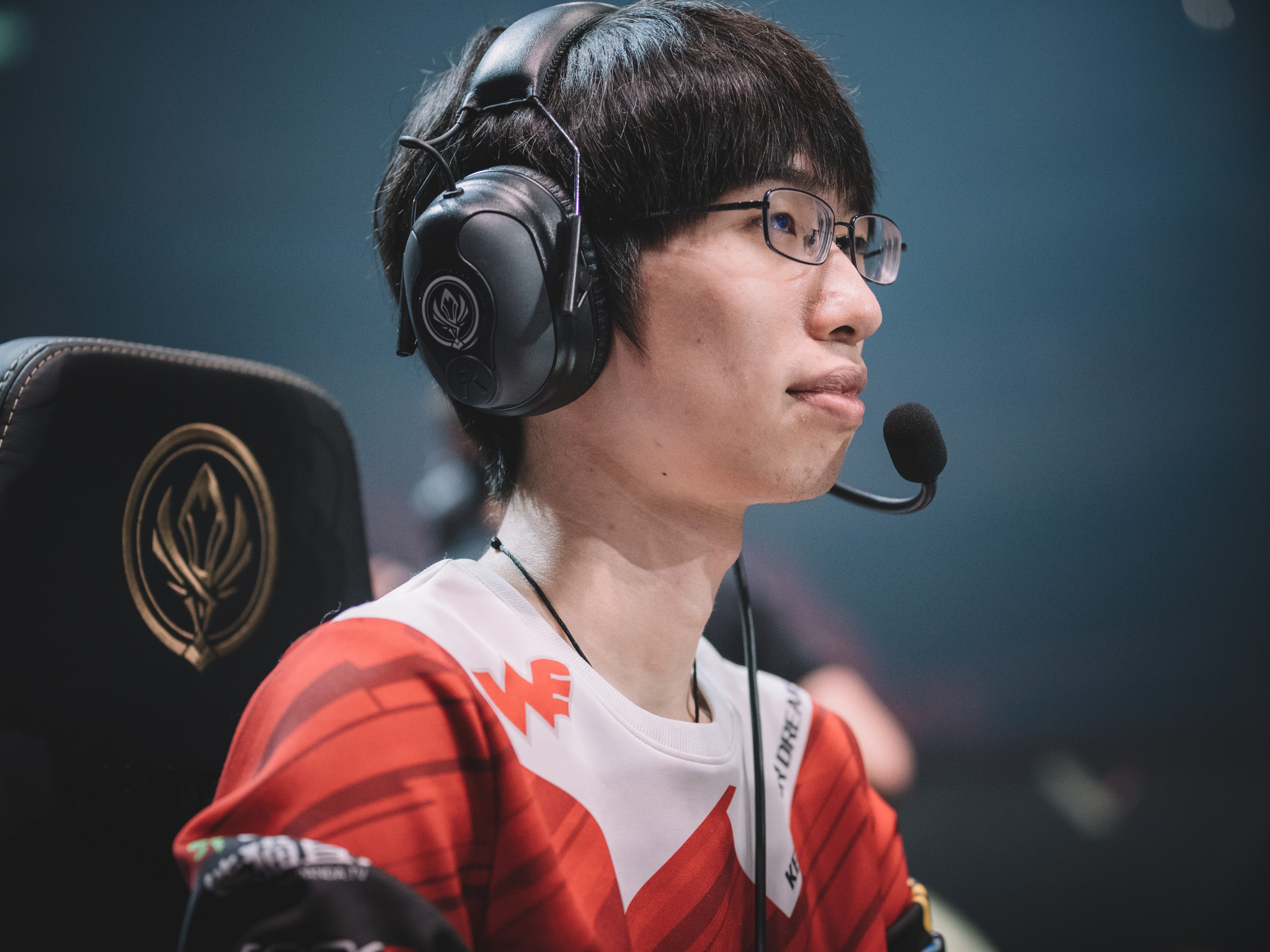 Going into the finals of Rift Rivals, many analysts had the LCK region as the overall favorite against the LPL. The LCK had won four of the six games played in this tournament, while the LPL won just two matches in the group stage.

Prior to today’s match between the LCK’s SK Telecom T1 and the LPL’s Team WE, SKT was undefeated, while WE had an indifferent tournament so far. The team failed to win a single match in the group stage, but came alive in the semifinals, taking both of their games against J Team and Flash Wolves of the LMS to help the LPL region win its semifinal bout.

WE started off the game amazingly by picking up an early kill in the mid lane. This great start translated into a small early gold lead against SKT—but this was no time to get comfortable. SKT are known for coming back from huge gold deficits to take a surprise victory, and WE had to be on their toes if they wanted a win.

It wasn’t until the 15 minute mark that WE really came alive. WE secured and traded kills in multiple lanes up until this point, but never really looked comfortable in the matchup.

After a successful teamfight in the bot lane, SKT were forced back, giving WE a chance to ward up and take control of the map. WE used their vision and summoner spell advantages throughout multiple lanes to give them match-winning kills, which led to crucial objective gains.

After securing two kills against SKT at 20 minutes, WE turned to the Baron. Most of WE was low on health, so they had to burst down the Baron while the last three players on SKT charged into the pit, trying to pick up some kills to stop the play. WE ultimately got the Baron buff, losing just one player to go along with a couple kills of their own.

The Baron buff was exactly what WE needed to expand their gold lead and break this game wide open.

After that, it was a simple process of respecting SKT’s counterattack potential and slowly chipping away at the base. Around the 30 minute mark, WE caught SKT under their first inner turret to get the teamfight they needed to close out the game and defeat the kings of the LCK.

SKT had a subpar performance against the LPL champions. They were always trying to find a fight, overextending more than any team should with a lack of vision, which gave WE the tools needed to strike and increase their lead.

With WE’s win over SKT, the LPL is now 2-0 in the series against the LCK and needs one more win to shockingly lift the Rift Rivals trophy for the region.