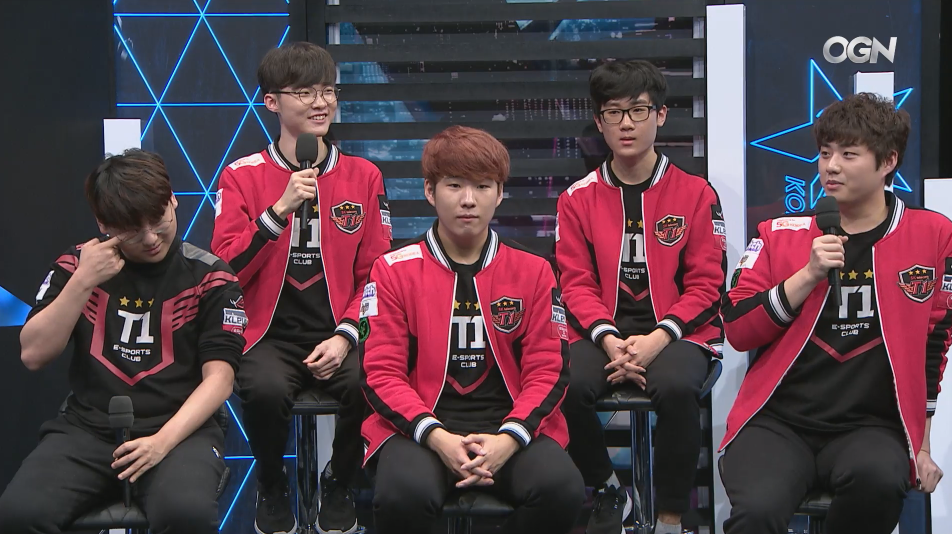 Just one week after the conclusion of the LCK regular season, and on the new competitive Patch 8.6, this wildcard match had a haze of mystery surrounding it. With many champions affected by Patch 8.6, fans wondered if any unique picks would be unveiled.

These questions were soon answered by SKT, who debuted Kai’Sa ADC in game one. And although SKT ADC Bae “Bang” Jun-sik found the game-winning play as Kai’Sa, the true star of game one was none other than SKT top laner Park “Thal” Kwon-hyuk and his Cassiopeia.

Using a pick he failed to make work earlier this split when he first drafted it against bbq Olivers in week eight, Thal’s Cassiopeia was redeemed after a spectacular game one performance. Thal, who solo killed KSV top laner Lee “CuVee” Seong-jin multiple times, was the deciding factor in SKT’s teamfight victories. While KSV and SKT’s skirmishes initially started on even ground, as soon as Thal entered the fray, SKT’s victory was confirmed.

SKT’s momentum continued into game two. Instead of just Thal being ahead, however, all of SKT held a lead over their KSV counterparts. KSV, who struggled to set up advantageous fights, had their lack of coordination repeatedly punished by SKT—so much so that KSV accrued a 13,000 gold deficit. The series looked to be over as KSV desperately did all they could to prevent their demise, which seemed imminent.

But in an instance of “highway robbery,” as LCK caster Christopher “PapaSmithy” Smith best called it, KSV jungler Kang “Ambition” Chan-yong found the miracle Baron steal, which propelled KSV into a huge comeback victory. With the Baron buff and better bot side vision, KSV then grabbed the Elder Drake. SKT simply couldn’t overcome KSV’s combination of buffs, despite their stranglehold over almost the entirety of game two.

Sadly for KSV, though, they exhausted their objective thievery by game three, and had no way to overcome their still uncoordinated early to mid game teamplay. SKT cleanly closed out the match with minimal mistakes in game three before 35 minutes.

SKT’s next playoff test arrives on Wednesday, April 4 when they face KT Rolster in the quarterfinals at 4am ET.