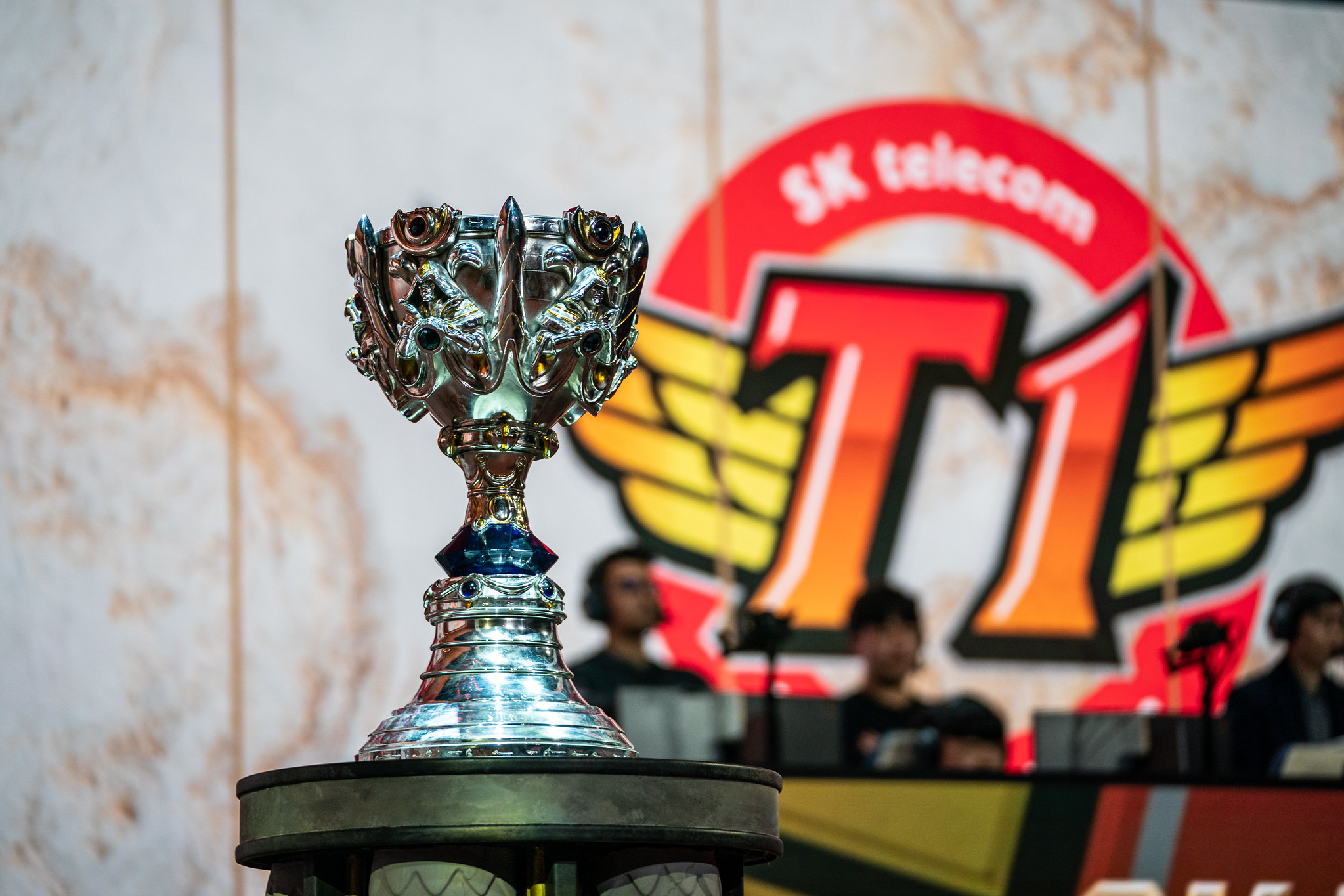 SKT are coming into this Worlds with something to prove. The three-time world champions fell from the standings after their finals performance in 2017. They then went on to finish fourth in the 2018 LCK Spring Split and seventh in the summer, failing to qualify for Worlds that same year. Now, SKT are on the rise after winning both LCK splits this year.

Beginning with the draft phase, SKT had Fnatic outmatched in today’s game. Fnatic started with the combination of Garen and Yuumi in the bot lane to try and take advantage of SKT’s lack of attention bot. SKT responded with the incredibly safe and scaling lane of Kayle plus Nautilus. Additionally, SKT drafted winning matchups in mid and top to prevent Fnatic from gaining a lead anywhere else.

Throughout the game, Kim “Clid” Tae-min continuously maintained mid lane pressure, which allowed Lee “Faker” Sang-hyeok to freely roam. Fnatic had one game plan and that was to win through bot lane with Garen and Yuumi. But SKT quickly snuffed this plan by taking first blood and following it up by an aggressive teamfight bot lane. SKT gained an early lead and continued forcing fights around Baron. Fnatic had no choice but to respond to SKT’s Baron attempts. Despite holding their own in teamfights, Fnatic could never get ahead. SKT took fight after fight until they ultimately secured the Baron and pushed to win.

Tomorrow SKT and Fnatic will have their second match of the Worlds group stage. The second day begins with SKT vs. Royal Never Give Up at 7am CT followed by Fnatic vs. Clutch Gaming at 8am CT.