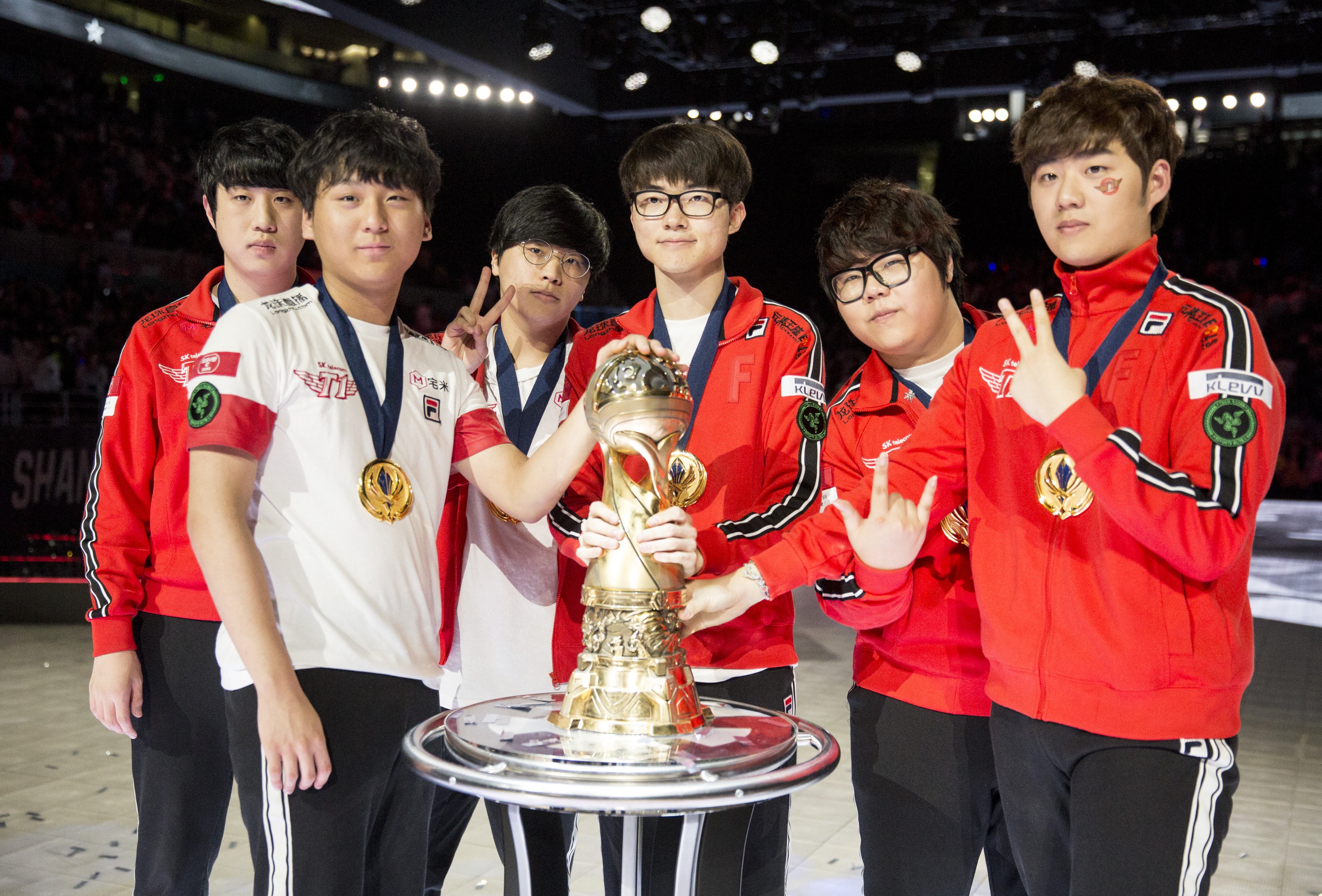 For the first time, a team has won the three major League of Legends world championship trophies.

Earlier today South Korean team SK Telecom T1 swept away North American side Counter Logic Gaming 3-0 to win the Mid-Season Invitational (MSI), a title they just barely missed out on last year. They are the reigning world champions (which they also won in 2013) and took home the 2016 Intel Extreme Masters World Championship trophy—giving them the trifecta. And it’s not surprising at all, the organization has been in the esports scene for over a decade, with a strong internal support network.

The team is the dominant force in the South Korean scene, winning both the summer split last year, and the spring playoffs this year. And if there was any doubt about their title of top team in the world, with today’s win SK Telecom have firmly cemented themselves as the reigning champions, and the side to beat at worlds later this year.

During MSI, which was held in Shanghai, China, over the past week and a half, SK Telecom started off shaky in the group stages—losing four games in a row—but finished extremely strong. In their semifinal match against Chinese team Royal Never Give Up they played a perfect last game, not giving up a kill. This supreme control of teamfights continued into their series against Counter Logic.

In game one SK Telecom managed three kills within the first few minutes, and only got stronger from there. With their draft favoring a late-game combo the team managed to Ace Counter Logic around 34 minutes, moving straight to the Nexus. Game two saw both teams opting to run the exact same champion comps, but it didn’t go much better for Counter Logic, with mid-game mistakes tipping the match in favor of SK Telecom. The third game saw SK Telecom snowball once again, taking complete control of the map and giving them chances for multiple picks on Counter Logic members. The result was a sad one for Counter Logic fans and viewers cheering for the underdogs, the team was the first North American side to ever make a Riot-sponsored international finals.

“There are going to be more championships, more tournaments,” he said via a translator. “And I want to take them all.”