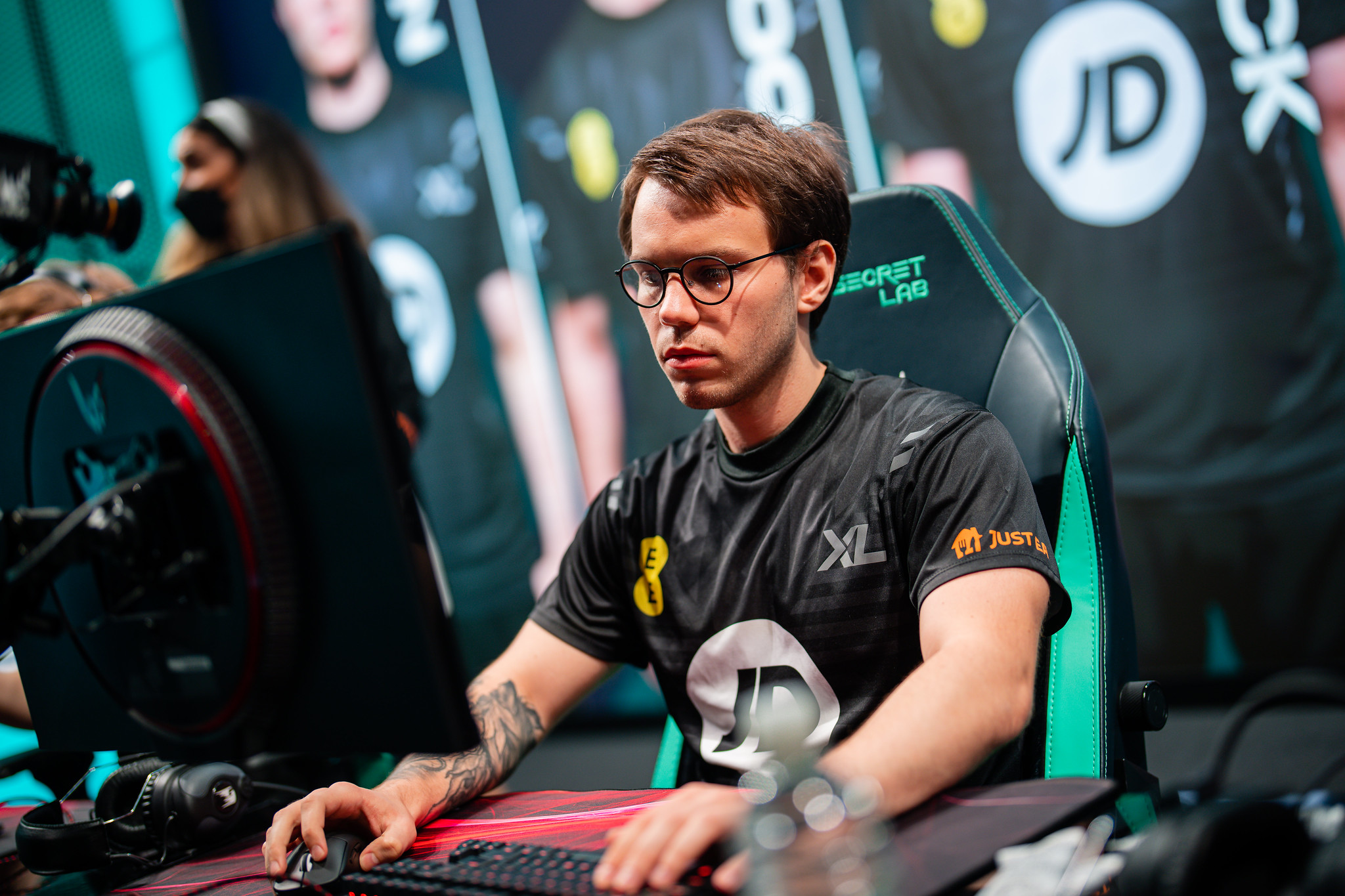 Superweek in the League of Legends European Championship regularly produces some of the most exciting games of the year every split, and Excel Esports’ slugfest of a win over SK Gaming on Saturday lived up to the billing, with both teams facing elimination from playoff contention if they lost.

Both orgs are no strangers to drama in the last week of the split, with too many seventh- and eighth-place finishes to count as they vie to be consistently discussed as one of Europe’s elite in the esport. Excel started the season 5-2 and looked like they were here to stay before a cataclysmic stretch saw them lose seven of their next nine games. As a result, they were on standings watch this weekend along with SK, who had won six of nine and put themselves in the playoff picture out of nowhere.

The teams picked compositions that were diametrically opposed in terms of win conditions. SK wanted to win early through their bottom lane, while Excel would be content to sit back and scale. Caster Andrew “Vedius” Day said it best on the LEC broadcast during draft: “When you’re not confident, and you kinda need to win, if you believe that you have better players, then going for scaling is the better plan.”

While it wasn’t pretty, Excel executed that plan.

SK AD carry Jean “Jezu” Massol ran over the early game on a Draven pick that has seen skyrocketing priority across the globe as a lane-dominant option. As Excel’s experienced roster stemmed the bleeding and subsequently crept back into the contest during a conservative mid-game, SK jungler Gilius did his best to hold back the rising tide with one well-excecuted Poppy ultimate after another while the momentum shifted into Excel’s favor.

No stranger to being his team’s win condition across various iterations of Excel’s LEC roster, AD carry Patrik “Patrik” Jírů stepped up, metaphorically speaking, on Sivir and mowed down his targets while piloting the newly-reworked champion.

It’s the end of the road for SK Gaming as they became the second team eliminated from playoff contention this split. Excel, meanwhile, have one more hurdle to climb first thing Sunday as they could potentially eliminate another playoff hopeful in Astralis at 10am CT.