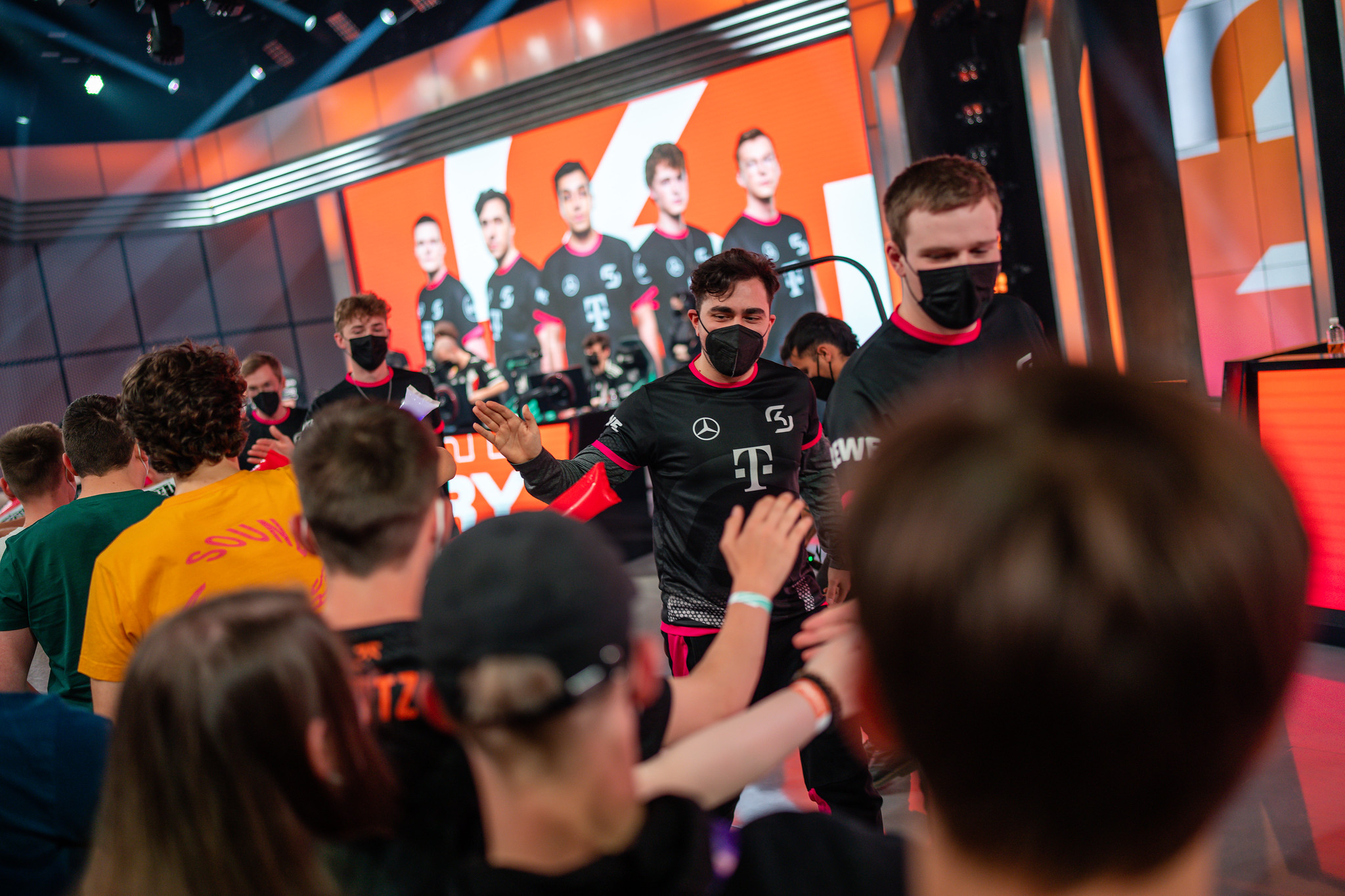 SK Gaming took down Excel with a decisive performance, claiming their first perfect week of the 2022 LEC Summer Split. SK had already won against G2 Esports in their first match of the week on Friday the 15th, and today they doubled down on their score by handing Excel their fourth loss of the split.

The extra training done by the team during last week has paid off. In the post-match interview SK jungler Gilius also mentioned that the players were not in their top shape at the beginning of the split, but now that some time has passed, everyone has recovered. “The break was great because at the start of the split we had some problems with health,” Gilius said, “and I think it affected the team a lot when only 3 people were in the office. After the break we’re healthy and we had some great scrims this week, that’s why I think we played well.”

However, the match didn’t start with SK pushing in full force, and it was Excel who led the game in the beginning. Excel obtained the first blood in the top lane thanks to a well-timed gank by Markoon, which gave Excel a slight advantage that would play well with their composition. On the other hand, SK would have been more dangerous in the late game, so they patiently waited and proactively reacted to Excel’s attacks.

The game proceeded slowly as both teams didn’t want to create occasions for their opponents to prevail, but Excel was found out of position various times and SK didn’t let it slip. Kill after kill, SK widened the gap between them and their opponents, gaining control of the map and the neutral objectives. After several minutes of small fights and solo-kills, SK moved towards the Baron pit and obtained the team’s buff, thus moving towards mid and bot lane to push their minions’ waves towards Excel’s base.

Excel fended off the first attack to their base, but not without sacrificing one of their players to Gilius and Sertuss’ perfectly-timed engage. SK moved away from their opponents’ base just to take down their third drake of the game and second Baron buff. Once the team was ready to fight, SK sieged Excel’s base until all the towers fell, and after one last team fight, they destroyed Excel’s Nexus, claiming their third win of the split.

Excel struggled during the ninth week of this LEC Summer Split, while SK seems to have found their formula to success. Next week SK will have to face off against team BDS, currently in last place of the regular season, while Excel will take on Misfits.