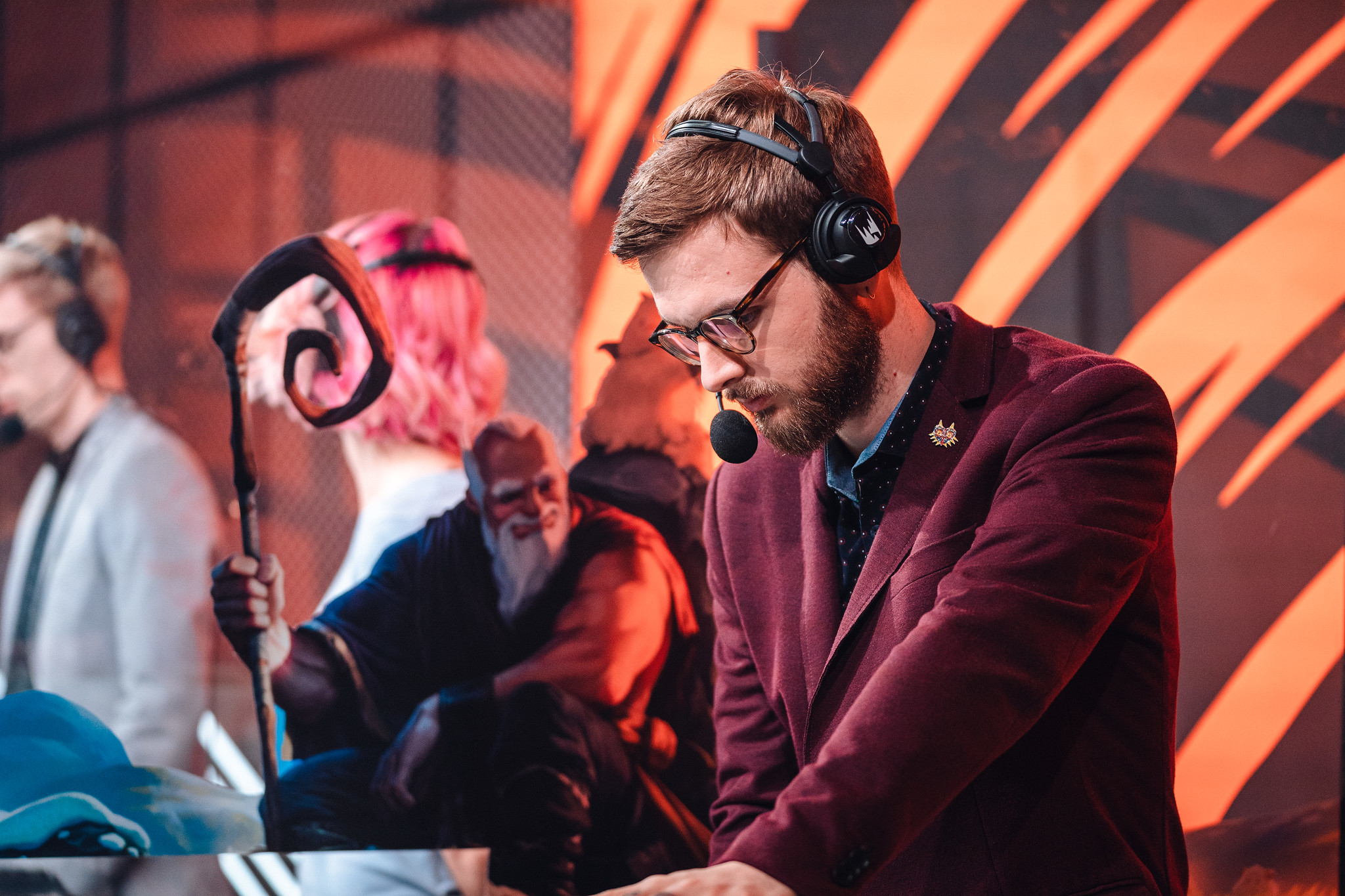 The LEC talent crew is back with another banger featuring nearly all returning members from the Mediocre Rap Battle and a new face.

The returning cast of Daniel Drakos, Andrew “Vedius” Day, and Eefje “sjokz” Depoortere, alongside newcomer Aaron “Medic” Chamberlain, revealed their latest tune today to hype up both the LEC Summer Finals and Worlds later this year.

The song is titled “Dance with me,” and features LEC host sjokz as the lead singer during the chorus. The LEC talent crew brought their A-game to the vocals and each of them perfected their dance moves.

The song begins with Vedius rapping about the intense matches that are played in the LEC while taking a few digs at other leagues, which is to be expected. Next up was sjokz with the first chorus of the song, which is repeated throughout each verse.

But Drakos has to get a record deal at this point. He was up next with his hard-hitting rap about the level of competition in Europe while taking a few shots at some of the underperforming teams in the region. “We wear the clown nose and we wear the crown,” he said. “Kings of the West ya know we hold it down.”

This dance hall song concluded with Medic talking about the trials and tribulations that Europe has gone through in League of Legends history. But, this time, they’re back with a vengeance. “The dark days of double streams. And vacation memes. Now we are the LEC,” he said.

The 2020 LEC Summer Split playoffs resume tomorrow, Sept. 5 with G2 Esports vs. Rogue at 10am CT.