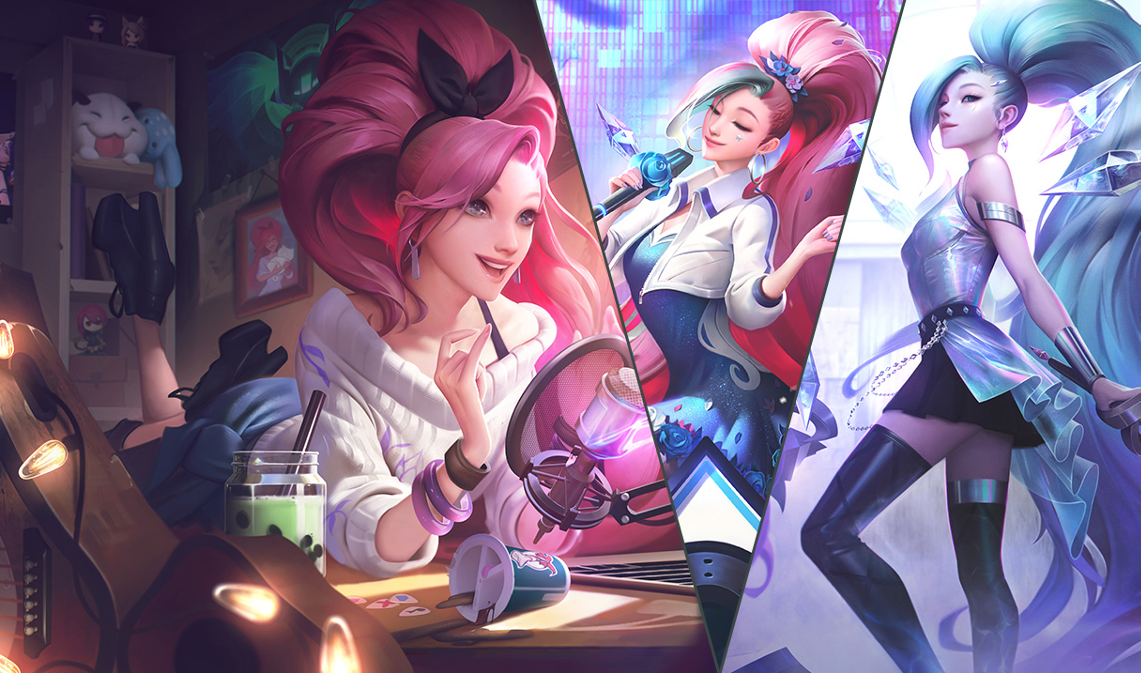 After months of immersive social media teasers for League of Legends’ newest champion Seraphine, fans are finally being treated to a first look at her release skin.

The aspiring musician will be released alongside the newest set of K/DA skins, Riot Games’ girl group comprised entirely of characters from the game and voiced by various artists including (G)I-DLE members Soyeon and Miyeon. Seraphine announced on her Twitter that she had been involved in the production of one of K/DA’s newest songs as part of their debut EP ALL OUT but the skin’s teaser suggests that she may be a little more involved in the group than a simple production role.

Not only does this skin announce Seraphine as a member (albeit temporary) of K/DA, it marks the sixth skin to be added to the game’s list of Ultimate skins. Other skins belonging to this skin line include Gun Goddess Miss Fortune and Elementalist Lux. These ultimate skins bring unique new assets to champions both in-game and in their splash arts, offering evolutions that change the look of the skin as the game goes on.

From these teasers, it looks as though the evolutions of Seraphine’s skin will document the stages of her life leading up to her debut with K/DA, as told through the comic series Riot released showing her life working in a boba shop before quitting to pursue music full time. Players will load into the game as a jumper-wearing, normal girl, and will end the game in Seraphine’s full celebrity stage costume for her performances with K/DA.

No official information has been released regarding Seraphine’s kit, but fans will be able to test the newest addition to League’s roster when she hits the PBE on Oct. 13. Alongside her release to the testing server, players will also be able to try out both her K/DA skin and the skins of her bandmates Kai’Sa, Evelynn, Akali and Ahri, with Kai’Sa receiving both a base and Prestige version of the skin.