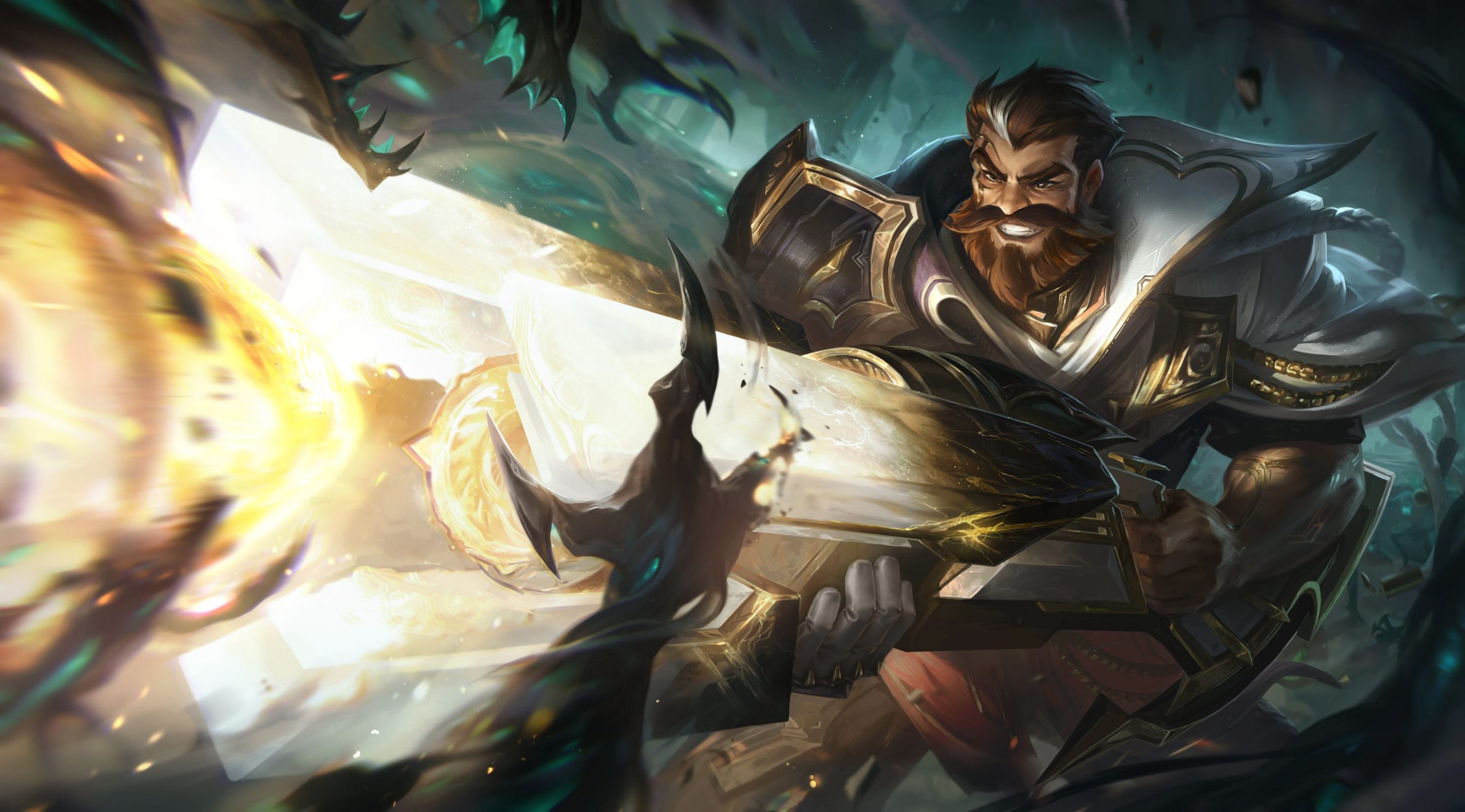 Get ready, Summoners. We’ve got new champions entering the fight between darkness and light in League of Legends’ upcoming Sentinels of Light event, with Rengar, Pyke, and Graves joining the Sentinels and Miss Fortune and Thresh siding with the forces of evil.

Graves was originally teased to join the Sentinels after Riot released a new poster for the event through an online puzzle, which showed the Outlaw posing among a group with Senna, Lucian, Gwen, Sentinel Vayne, and the game’s next champion, Akshan. This is, however, the first time that he’s been confirmed to join the skin line. This is also the first time that we’ve seen Pyke and Rengar in their Sentinel attire.

The trio is dressed in snazzy new gold and white clothes that are perfectly opposite of the dark shadows of the Black Mist. Their weapons have also been given a makeover and are now glowing brightly to cut through the enemies at their doorsteps. They’ll join Vayne, Irelia, Diana, and Riven in the fight against Viego and his plans to take over Runeterra.

On the other side of the Rift, however, Thresh and Miss Fortune are showing off a different shade with their new Ruined skins. For Miss Fortune, she’s now rocking with the silver and black of the Ruination, with the familiar green glow emanating from her eyes. Her guns have also been changed and now have sharks on the barrels.

Meanwhile, the Chain Warden has once again been turned into a human. He has a six-pack and a human face, but other than that, the rest of the skin looks like Thresh’s old self with a similar hook, lantern, and visual effects.

Here are all of the splash arts for the new skins.

The Sentinel of Light event will begin on Thursday, July 8 when League Patch 11.14 is set to release on the live servers. It will last until Tuesday, Aug. 10.