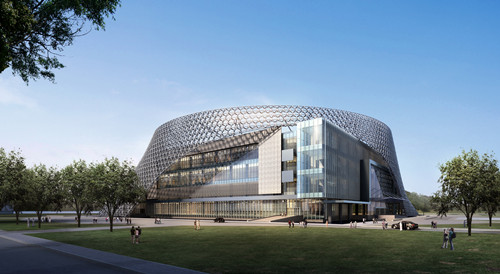 Team Liquid and Team SoloMid battled each other on the rift last weekend in a long best of five series. TSM took the series 3 wins to 1 lose over TL but the series itself was bland because of a lack of action going on in the games. TSM did deserve this series win because they knew what they wanted to do and understood how to do it. TSM this series looked much stronger as a whole compared to TL. TL had some weird drafts, miscommunication and poor team play throughout the series which was rather surprising.

Team Liquid and Team SoloMid both ban appropriately by taking away champions that can hinder their team compositions. TL wanted to Juggermaw so they got rid of champions that would do well against their composition like Olaf that cannot be crowd controlled and the Alistar that can be that super tank. TSM wanted a team fight composition so they banned mobile and disengage champions like Kalista and Janna. The problem then goes onto draft phase where TSM just straight up wins draft. From post-game stats we know TL wants to run Juggermaw but the way they approach their picks could have gone differently. TL over prioritize Elise when they are trying to run Juggermaw instead of prioritizing peel. Elise is very strong early game champion but she is out of play in TL’s team composition. Juggermaw is a composition that wants to kite and fight but Elise is all about this initial pick and starting a fight. Braum was open for first pick and could have been secure to have disengage/reengage to deal with Elise if TSM took her. If TSM had taken Elise TL could have just grabbed Ekko instead who would arguably be better than Elise her because Ekko has zone control with his Parallel Convergence and Chrono Break heals him up during fights so he won’t need Lulu’s Wild Growth. Gragas could have been a viable option as well for TL because he can peel while being a tank with Body Slam and Explosive Cask.

Team Liquid did pick some bad team fights this game where they try to engage instead of kiting but there team fight struggles more from poor build paths and all these things just give the game to Team SoloMid. Starting with IWDominate’s build in the first game he had Randuin’s Omen and Spirit Visage both of these item can be swap out for two other items. Randuin’s Omen could have been Frozen Heart instead to reduce the attack speed on Jinx and the Azir with Nashor’s Tooth. Spirit Visage could have been Locket of the Iron Solari but instead it was forced onto Xpecial who couldn’t get Mikeal’s Crucible or Zeke’s Harbinger faster because he had to go Locket. This also forces Piglet to get a Quick Silver Sash on Kog’maw early before getting more damage items like Infinity Edge of Last Whisper. This change of build paths would have made IWDominate’s Elise weaker in terms of her own stats but he is not playing for himself. IWDominate is playing for Piglet’s Kog’maw so he should have been sacrificing himself some so Piglet could have built damage items to be that carry threat.

The bans have changed for both sides TSM took away Fenix’s Twisted Fate and Team Liquid took away Lulu to stop that rotation passed style a bit. It does make sense for both sides to change bans because TSM wants to stop TL adaptions and TL wants to TSM from adapting. Then in draft TSM got another strong team fight composition with the same two carry champions. TL’s composition as a whole was strong but they had faltered by giving up Azir because Azir is one of Fenix’s best champions he is 5 wins and 0 loses in the regular split. It was surprising to see Azir not get picked in two of TL’s pick phases.

In game Team Liquid had a real possibility of winning this game because they got an early lead but TL got plagued with another bad build path and had poor communication between the players. Fenix’s build this game was super questionable after his Hexcore MK-2 and Ionian Boots. He builds Luden’s Echo, Abyssel Scepter, and Rylai’s Crystal Scepter before Rabadon’s Deathcap, Perfect Hexcore, or Void Staff. You can make cases for the Abyssel and Crystal Scepter but the Luden’s Echo is a bit questionable because Vitkor’s Death Ray clears waves effectively early on and it has 70 percent ability power scaling. Deathcap just seems like an all-around better item for Viktor. Fenix does not get either one of Deathcap, Perfect Hexcore, or Void Staff until the 49 minute mark which is absurdly late to pick up such a big damage item. He does go to sell Abyssal for Void Staff as well later on but all that magic penetration and increased ability power would have been so much better earlier on because he could have burned though the front line instead of tickling them.

TL did have a nice early to middle game from picks and turrets but they gave up their lead with poor communication. They seemed to get split in their calls as time would go on. Starting at the fourth dragon fight Quas and Xpecial engage before the rest of the team can follow up and it ended up with Fenix having to burn flash just to get into the fight and Piglet had to use his ultimate just to get in range. Another similar scenario happens around 46 minutes 30 seconds where half the team was fighting while the carries were zoned out by Flame Chompers and Emperor’s Divide. They even give up two dragons instead of just grabbing fifth because they become so unsure on what they want to do and it causes the team to collapse. Just by watching this match you can see these scenarios from TL just repeat in similar fashions.

Team SoloMid did have their own problems in game 2 where they knew what they wanted to do but poorly executed it. They wanted to dive Piglet but they get collapsed on by Team Liquid and Dyrus got left to dry because he was too deep. TSM also had the issue of players getting caught like Lustboy when he was trying to get vision in the blue side top jungle or Turtle when he was trying to push a wave top without adequate vision. On the other hand TSM did have some nice team fights where they were able to zone damage threats if TL while they cut down the backline. They use their team fight wins as well to transition into barons so they can siege later on. This coordination did get them the win.

Now we have more ban adaptions with Team Liquid taking out Ekko instead of Lulu and Team SoloMid banning Nidalee once again instead of Twisted Fate. Both teams have very nice team compositions overall. TL has this nice team fight composition with a lot of peel for the carries this time around and TSM has a solid pick composition. The only pick questionable pick I would say is Nautilus since his Riptide got nerfed hurting his trade and clear potential. Nautilus does do a good job on catching someone and making sure they stay lock down.

Team SoloMid should have won this game. TSM knew what they had to do and would make the right decisions but they failed to execute on some of those decisions. A perfect example of this is when TSM saw IWDominate and Fenix going to blue and they decide to 5 man turret dive Piglet and Xpecial. The decision is correct because they see the weak early game Vayne alone with Alistar. However the execution of the dive was poor as Lustboy went extremely early before Dyrus or Bjergsen were there so he takes unnecessary damage and the dive happening early gave TL a warning so Quas could teleport as Bjergsen and Dyrus were showing up. TSM also did execute correctly on right decisions as they had a team fight against TL for 3rd dragon and get a perfect ace. TL did win this game and it really starts to turn in TL’s favor when TSM tries to fight TL around 29 minutes 40 seconds and TSM got themselves killed because TSM missed crowd control ability on to the carries. These failures to execute gave TL the chance to get gold and objectives to get Piglet and Fenix money they need to start steam rolling fights with Vayne and Azir. TL did a decent job of punishing TSM mistakes later on once they were back in it but if TSM’s early decisions were properly executed TSM would have won this game.

For the final set of bans Team SoloMid swap out the Nidalee ban for Alistar and Team Liquid bans both Nidalee and Azir. TL’s bans are a bit questionable because TSM has shown they will ban Nidalee if they cannot first pick it. They could have tried to leave both up and done a tradeoff where TSM takes Nidalee first rotation so they could have grabbed Azir. It is risky but Azir is so strong for Fenix and with no success on Viktor or Lulu the risk could have been worth it. TSM’s draft is strong they have a nice team fight composition made for protecting Jinx and TL has the same thing going on except they have more a two threat composition with Viktor and Twitch. A quick note about Twitch as a champion is that his lane phase is lack luster but he can single out someone for assassinations and his Rat-Ta-Tat-Tat gives some strong team fight power with increase damage and range. The problems with Twitch is he needs both Blade of the Ruined King and Ghost Blade to be effective and his ability Ambush takes 6 seconds to go stealth after taking damage so once you one him he is most likely dead or he won’t get his attack speed buff in a reasonable amount of time. Twitch also gets outshined by other marksman right now as well. Vayne is a stronger one on one adc with tru damage, Kog’maw’s late game is stronger than Twitch’s late game, Sivir has more early game power and team fight utility, Kalista stacks are stronger than twitch poison while still putting out damage, and Jinx has area of effect rocket critical strikes to match Twitch’s Rat-Ta-Tat-Tat. Twitch just has other marksmen that outshine him with less risk.

For the game it was really nicely played from Team SoloMid this time around. TSM did a really nice job on continuing to make the right decision but this time around they executed a lot better. They punished Fenix attempting to roam bot and punished poor positioning from Team Liquid throughout the game. TSM did a get a bit too hyped and ended up with Bjergsen and Wildeturtle both getting caught in two different fights. They were so far ahead that TL could not find any way to try and get gold. It was a pretty clean game from TSM probably the match worth watching the most.

Team Liquid versus Team SoloMid was a long series and fairly boring because an advantage would not be pushed immediately. TL also had some questionable draft phases and in game TL suffered from communication issues and poor build paths and struggled with positioning. TSM drafts phases were solid all around. TSM also did a good job making the right decisions and knowing what they wanted to do with their team compositions but their execution on how they want to do something needs to be worked on.