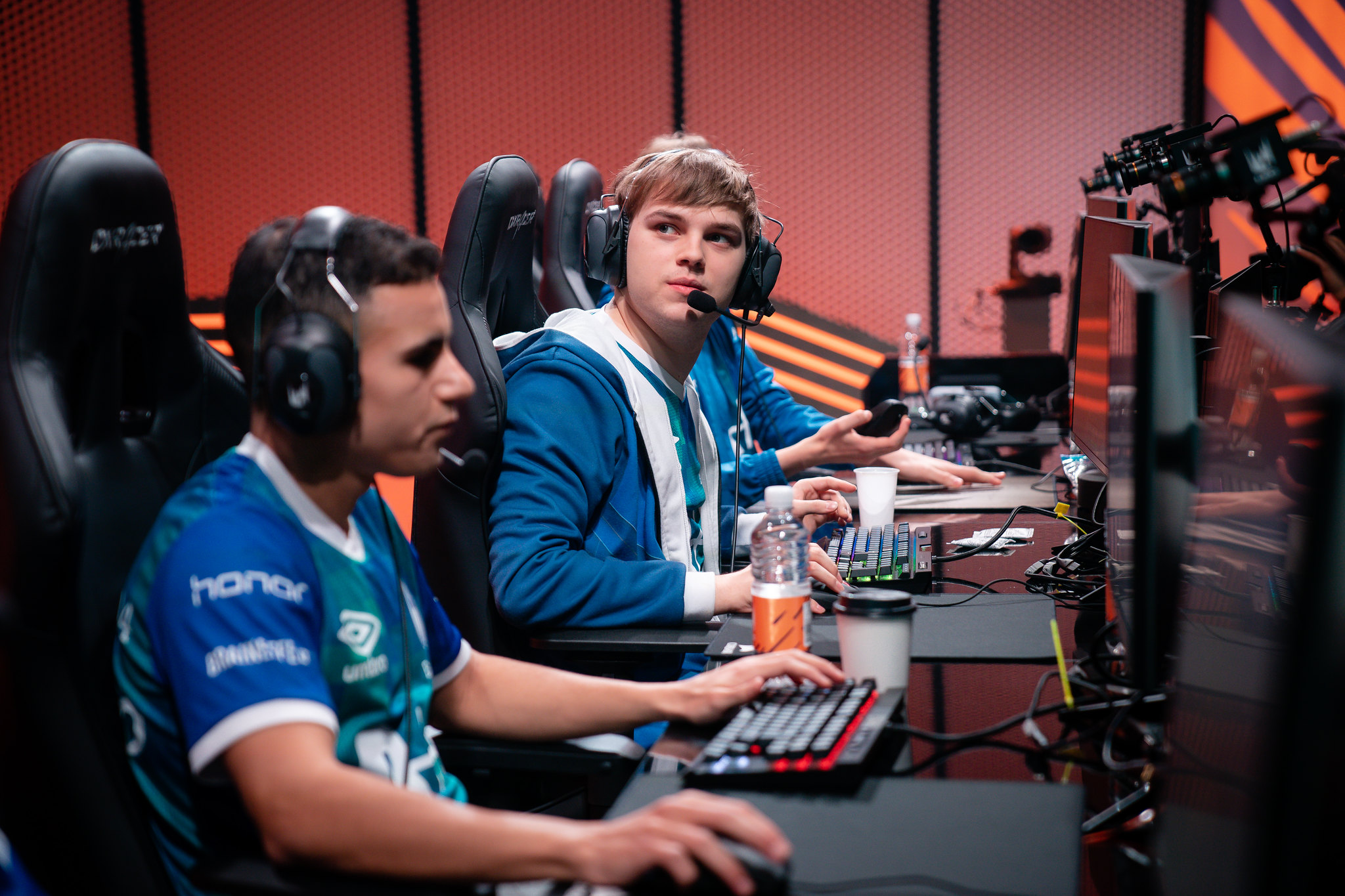 Schalke’s entire squad played phenomenally today, but mid laner Abbedagge was on a completely different level. His exceptional play on Orianna and Azir dismantled SK in all three games, producing a combined 17/2/16 scoreline in the series for a 16.5 KDA.

This League of Legends showdown began with a non-traditional first game after SK tried to pull off a lane swap that failed horribly. Odoamne is one of the oldest players in the LEC who’s gone through a lot of metas, so he was prepared for this tactic. He said in the post-game interview that he was disappointed at how poorly it was executed by SK.

SK’s failed plan lost them the first game in convincing fashion. In the second game, they went with traditional lanes but were outclassed, notably in the mid lane where rookie ZaZee couldn’t find his grip and kept misplaying all over the map. S04 capitalized on this by focusing him and snowballing Abbedage. With a 0/7/2 mid laner, SK lost a lot of pressure in teamfights. After losing multiple objectives and fights, they lost the second game.

Abbedage popped off once again in the third game, this time on Azir. He kept dancing around teamfights and knocking opponents into his team. Even though he was aggressive, he remained deathless until the end, finishing with a 9/0/4 scoreline. Thanks to his last heroic play, SK lost their hopes of reaching the World Championship this year.

S04 need to win one more best-of-five series to lock in a spot at Worlds 2020. While winning more series will grant them a higher seed, the fact that they’re so close to Worlds is a miracle in itself. Their miraculous run at the end of the season is worthy of being written in the esports history books. They’re on a 10-game win streak and it seems like no one can stop them right now.

S04 will face the loser of G2 Esports vs. MAD Lions next week, who will face off tomorrow.