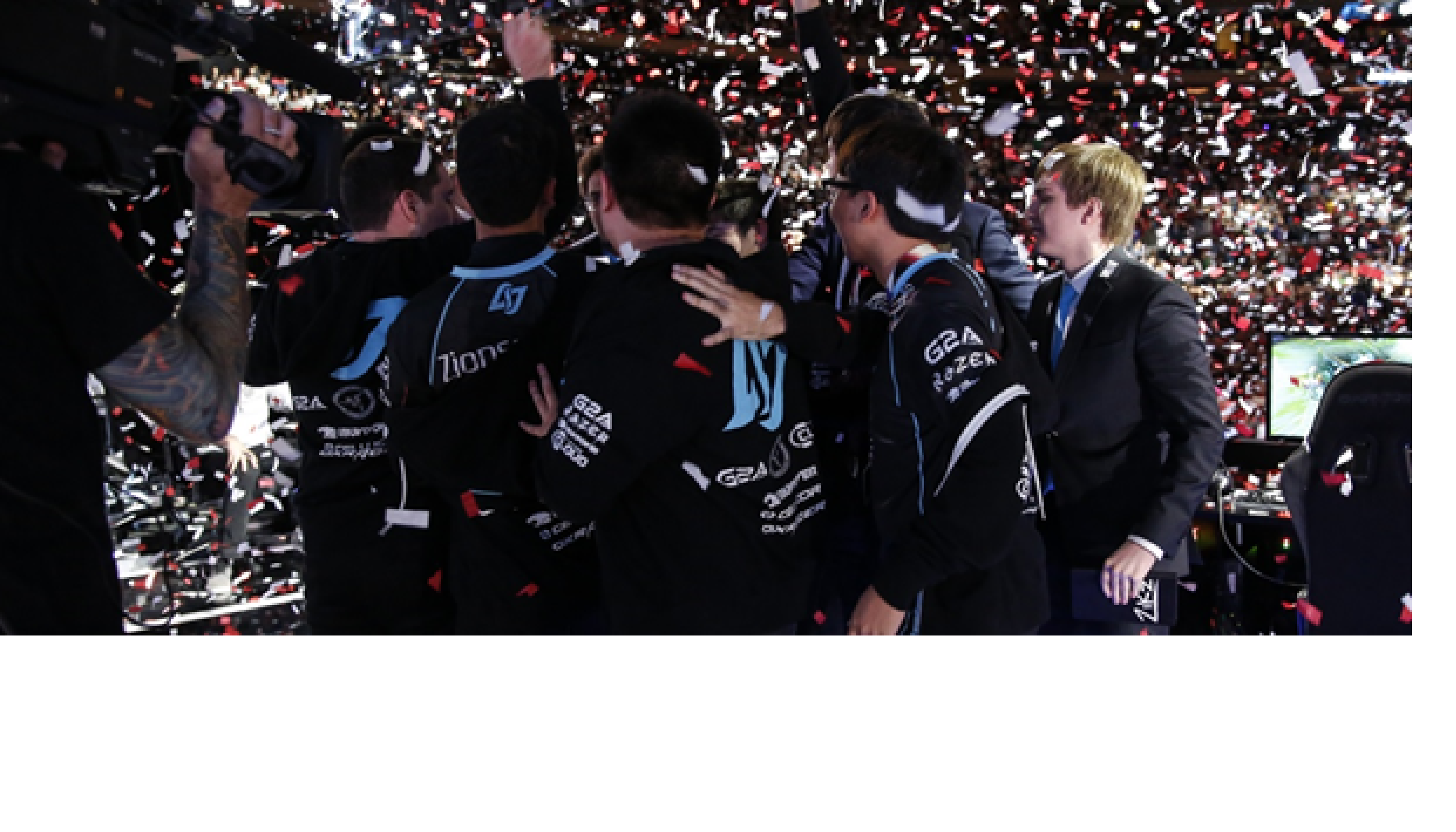 On the 23rd of August 2015 Counter Logic Gaming (CLG) accomplished what many doubted they would ever do: they won their first trophy since star AD Carry Doublelift joined the team, crushing Team Solo Mid (TSM) in 3 games to win the NA LCS Finals 2015. Infamously known for being a team that did well in the regular season but always choked in the playoffs, CLG finally overcame their nerves and history to take a win over their long-time rivals TSM. This article takes a look at CLG’s long history, their current form and what the future holds for them.

CLG was formed on April 16 2010 by former player and current CEO HotshotGG. Arguably the best team in North America at the time, they did well in various online and offline tournaments, notably winning 2010 WCG Grand Finals against SK gaming in 2010 and MLG Raleigh and IEM Cologne in 2011 while finishing 5th in Season 1 World Championships. Their roster at the time consisted of HotshotGG, Bigfatjiji, Chauster, Elementz and Saintvicious, players who would gradually fall off and never experience that level of success again.

Starting Season 2, CLG replaced Elementz with Doublelift. Formerly a Support player, he had played for the team as a substitute before and joined as an AD Carry while Chauster moved to Support. They came close to winning several offline tournaments after he joined but were unable to replicate their previous success and fell to other emerging teams such as TSM in MLG Spring 2012, sparking off what would be a continuing rivalry spanning many seasons. The team finished at 9th-10th place at the Season 2 World Championships. Following that CLG picked up current TSM coach Locodoco as their support only to have him leave a few months later following disappointing finishes at MLG Fall 2012 and IPL 5.

Intending to perform well in season 3, the team acquired Aphromoo and Link for the Support and Mid positions respectively and qualified for the newly created League Champion Series (LCS). At that time a 8 team league, CLG finished 5-6th and had to play in the promotion tournament to avoid being relegated but beat Azure Cats 3-0 to continue in the league. Despite Doublelift’s amazing performance at Allstars, including a Pentakill, he failed to carry CLG to worlds domestically.  Despite hiring renown analyst and caster MonteCristo as a coach and changing their main roster yet again with the addition of Bigfatlp and Nientonsoh while moving Chauster to support, CLG obtained 5th in the summer split and were unable to go to worlds, losing in the playoffs to TSM. While stars like Faker and Uzi rose to fame against international competition, CLG was left on the side-lines barely surviving domestically.

Things started to look up in Season 4 as CLG swapped out Bigfatlp and Chauster for Aphromoo and Dexter. CLG played well in the second half of the Spring Split to finish 18-10 and 3rd place in the regular season. However, they went 1-2 against rivals TSM in the playoffs and Nientonsoh dropped out of the team to be replaced by Seraph.

The Summer Split went brilliantly for CLG in its first half as they maintained first place before they started to plummet at the end of the season. Frustrated by their slump, CLG went for a bootcamp in Korea before the playoffs, scrimming against some of the top teams in the world. Nevertheless, they let down fans miserable in the playoffs, going 0-3 against Curse, a team many expected them to beat. Not only did they lose their chance at Worlds for the second season, they compounded it by losing 1-3 against Dignitas and having to play against Curse Academy to avoid relegation. After going 0-2 down in a best of five, they finally found their nerves and reverse swept Curse Academy to prevent relegation.

The start of Season 5 began with a series of changes in both the roster and the managerial aspects. CLG replaced Dexter with former Vulcan/XDG Xmithie and Seraph with former Coast and Dignitas toplaner Zionspartan while replacing MonteCristo with former Dignitas player Scarra as their coach. Going 12-6 in the regular season, they lost to Cloud 9 in a tiebreaker for second place and subsequently went 0-3 against Liquid (a rebranded Curse) yet again as many questioned why Link was still on the team.

If you have no faith why are you guys even here

Following 3 years of disappointed, a bitter Hotshot vowed changes. Starting off by replacing Scarra with Blurred Limes, he then replaced Link with Pobelter after the former made a 17 page post and dropped out of the team. CLG started off the regular season by going 3-0 before a lost against TSM. They then bounced back by taking another 4 games to go 7-1 but lost a series of 4 games in a row before picking up again at the  end of the season with 6 straight wins, narrowly missing out on first place after a lost tiebreaker between them and Liquid.

Going into the playoffs, though, there were many hesitations about whether the team would perform or flounder once again to leave fans disappointed.

CLG fans were rewarded for once though as CLG took the series against Impulse 3-0 due in part to Impulse’s decision to base their composition around their AD carry that many called one of the weakest in NA LCS. Impulse put Apollo on hypercarries like Vayne and Kog’maw while placing Gate on Lulu twice in the classic ‘Juggermaw’ composition. Their investment into Apollo failed to produce dividends though, as he was constantly outperformed by Doublelift on Jinx and Tristana. Xmithie also showed that he can play champions other than Gragas with his Ekko pick. CLG also showed composure despite falling behind early on in games 1 and 2, which might have been the result of successful coaching and a new line-up.

Either ways, this team showed they weren’t the old line up of old. However, many considered their final match against TSM to be much harder. TSM’s macro play looked stronger than TIP’s as they showed in their series against Liquid. They also focused their play around star midlaner Bjergsen whom many expected to crush Pobelter in lane. The real question was: could they deliver the goods at Madison Square Garden, a historic stadium, in front of a huge crowd of fans against their longest rivals.

As it turned out, they could. Running a surprise pick of Yasuo top the first game, they outdrafted TSM who picked a Nidalee jungle to no big impact. Getting nice engages with Gragas for Xmithie and Braum for Aphromoo, they caught TSM out multiple times and took game one easily. TSM responded in games 2 and 3 by taking Yasuo for Bjergsen but left Viktor open to Pobelter yet again by instead banning out Doublelift and Zionspartan. CLG showed that they are no longer a one threat team as Pobelter landed great Viktor ults, time and time again to zone out TSM.

Despite having several over-extended fights, CLG eventually took the game after pushing for the win after a misplay by TSM in engaging on Xmithie.

In a nerve-wracking game 3, CLG took Ashe and Doublelift was able to land great ults to start fights or follow up from engages by zionspartan and Aphromoo on Gnar and Braum. A terrible mistake by Wildturtle when backing outside the bush allowed CLG to push for the win easily after taking Baron.

At long last, after going through 19 players on the main roster,  5 LCS splits of agony, 3 coaches, 2 seasons without worlds and not a single LAN win for Doublelift, CLG finally became the 2015 Summer Split Champions and North America’s first seed for worlds on a high. In doing so they also overcame the many expectations of failure that many had and proved that a fully North American team, comprising of players who had all gone through relegations, could take a domestic win and perhaps compete against some of the world’s best.

What the future holds

The story of CLG has been one of blood sweat and tears and is a truly inspirational one. Will this fairy tale of theirs continue on the world stage? Will CLG get past the group stage or will they choke once again? These and many more questions will surely remain on the minds of CLG fans, many of whom have stuck with the team through thick and thin. But for now, they can be content with the fact that their faith has finally paid off