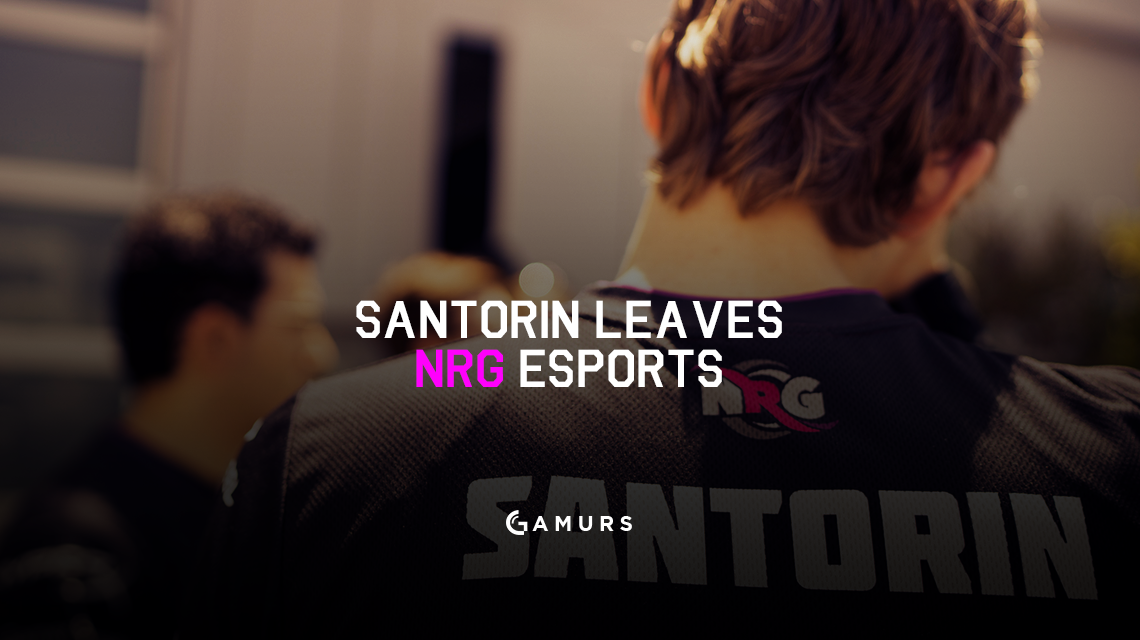 Lucas “Santorin” Larsen announced via twitter on Wednesday that he would be parting ways with North American franchise NRG eSports. This comes after the team failed to qualify for the 2017 Spring Split and dropped down into the North American Challenger Series after failing to win a map in the recent relegation tournament.

I'm now a free agent! I appreciate all offers and I look forward to continuing my career in League. Thanks for everything @NRGgg !

Santorin was thought to be one of the better players on the NRG eSports roster that finished the Summer Split in ninth place with a 4-14 record. But despite the team’s lackluster showings he still managed to end the Summer Split with a net positive kill death ratio scoring 80 kills, and dying just 66 times over the course of the 43 games he played. In addition to that Santorin was, according to League-analytics.com, the leading jungler in kill participation, getting in on just over 77% of his team’s kills.

At the time of writing, NRG eSports is yet to make any official announcement on their website or social media. We reached out to NRG through social media but received no response.

One Reddit user said the following regarding the situation on the League of Legends subreddit :

“Santorin is going to be hotly contested I think in the West. Many teams have lackluster jungles, and despite NRG’s performance (and relegation), Santorin was always a strong constant. Can’t wait to see him on a team next year.”

Others also spoke out in agreement with this statement, adding that the next few weeks could be interesting for teams that did not qualify for playoffs or worlds, with the possibility of players that are not happy with their current results moving around in an attempt to find success.

Santorin told ESPN that he is not done with competing and that, “In the off season I’ll be streaming and looking at all offers I have / will get and will continue my career in 2017.” He then went on to discuss the possibility of a move back to Europe, where he is from and where his career started. “I’ll consider the offers I’m getting from there, but my main goal is to continue to compete in America.”

Undoubtedly Santorin’s most successful run with a team was his time spent with Team SoloMid, who made it all the way to the 2015 Worlds tournament. Unfortunately for Santorin and TSM, though, the squad struggled heavily in their group against KT Rolster and LGD, failing to leave pool play after a 1-5 record.