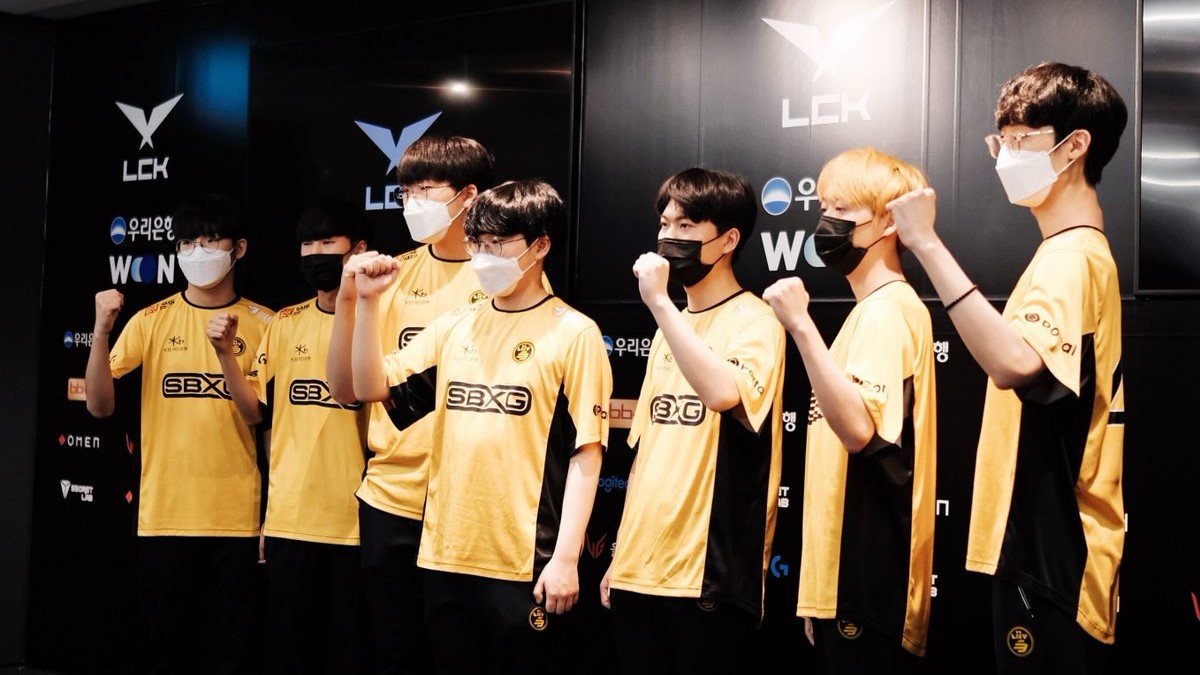 Being just one win away from confirming their playoffs spot at the 2022 LCK Summer Split, today’s series was crucial for both Liiv SANDBOX and DWG KIA. Unfortunately, DWG showed poor performance today, allowing SANDBOX to register a clean 2-0 sweep over the team.

SANDBOX focused on playing around map objectives in the first game of today’s League of Legends series. It helped them get a quick Ocean Soul, which improved their chances in teamfights. Also, SANDBOX had better team coordination, helping them to break DWG’s formation and win skirmishes.

After falling behind, DWGwere not able secure any objectives that could give them any hope of making a comeback. Even in teamfights, their performance was lackluster as Croco’s Vi, Dove’s Ornn, and Prince’s Kalista were not even killed even once throughout the game.

Game two was Prince’s stage to shine. The SANDBOX AD carry got an early lead on his Sivir, something he managed to widen as the game progressed. He went 12/2/8 by the time the game ended in SANDBOX’s favor.

On the other hand, it looked like DWG got a little tilted this time. They forced some unnecessary teamfights while clearly being behind the SANDBOX champions. It resulted in their disastrous loss, only helping their enemies to close off the game quickly.

DWG will be disappointed with their performance in today’s series. Still, they are in fourth place on the 2022 LCK Summer Split points table, being just one win away from qualifying for the playoffs. Their next match will be against Gen.G on Aug. 5 from 6am CT.

Liiv SANDBOX will have high morale as they beat one of the top teams to qualify for the playoffs. They will face KT next on Aug. 6 from 6am CT.