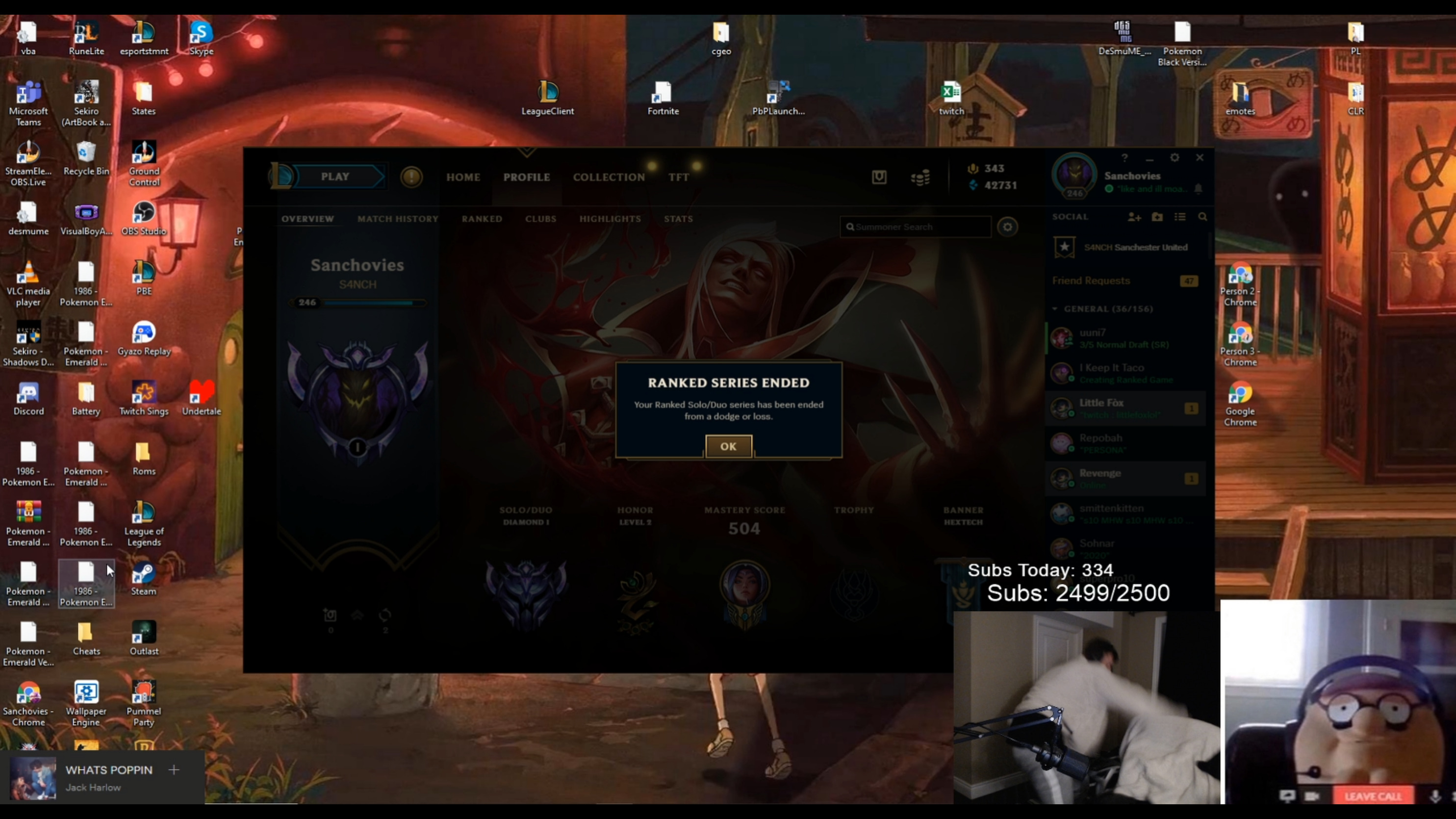 Popular Twitch streamer Sanchovies has become one of the many victims of the buggy League of Legends client.

Sanchovies spent about 10 hours yesterday climbing through rank solo queue. The top lane main managed to reach his Master promos toward the end of the session. The promos proved to be turbulent for Sanchovies—he lost the first game, won the second, lost the third, and won the fourth. It all came down to a fifth and final game. But tragedy struck when Sanchovies entered the queue.

When the opportunity to accept a match appeared, Sanchovies attempted to accept it but the client froze before he entered the game lobby. After realizing what was happening, the streamer attempted to exit and reconnect before he could receive any sort of automated punishment for dodging a match. But it was too late. Sanchovies’ 10-hour ranked climb ended when the League client bugged out, which cost him his final promo game to ascend to Masters.

Sanchovies silently stood up and punched his chair in a fit of rage before returning to his seat. He then promptly ended the stream.

The League community has been criticizing the updated client for over a month. Most of the complaints began after Patch 9.24 went live in December. Players began experiencing a myriad of issues, such as the lobby disconnecting, the friends list not functioning, and even the occasional failure to load into a game.

Riot Games needs to try to clean up the bugs plaguing the League client soon or else other players may suffer a fate similar to Sanchovies.