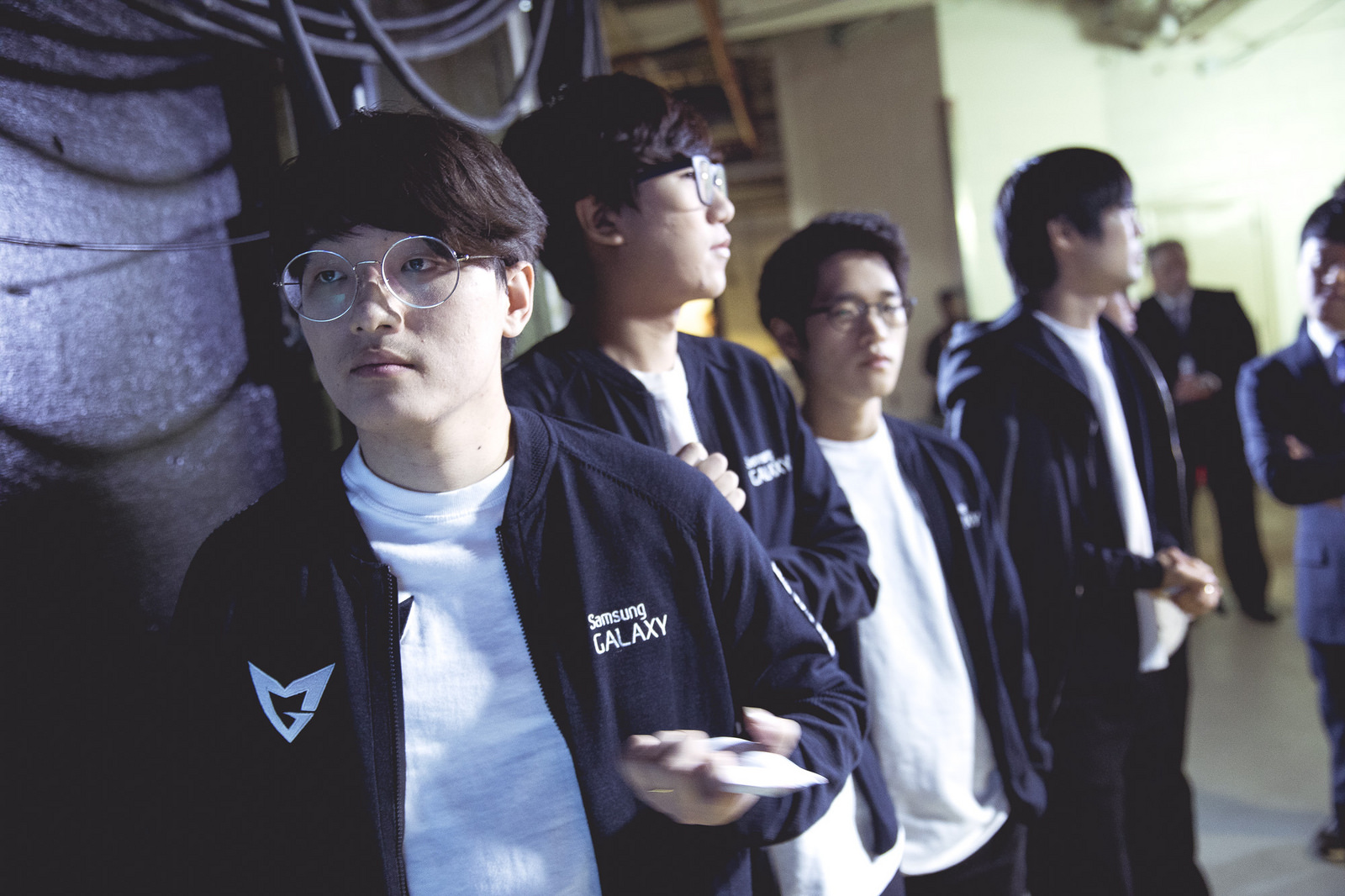 Starting the series off with a camp in the mid lane, Longzhu jungler Moon “Cuzz” Woo-chan became ridiculously fed. With this lead, Cuzz could help his teammates win different skirmishes around the map, giving Longzhu a 6,000 gold lead by 20 minutes.

While Samsung found picks to stay in the game, these few kills were not enough to bring the team back from such a huge deficit.

Samsung jungler Kang “Ambition” Chan-yong, now put on Rek’sai had a much better early time in game two. With better pathing around the map, Ambition—like Cuzz in game one—helped earn his team little wins around the map, which quickly added up. By 35 minutes Samsung were in Longzhu’s base, ready to end the game.

But problems started to arise for Samsung. Longzhu’s team composition had come online and Samsung now couldn’t win teamfights. Every time Samsung would try to end the game, the team’s carries would instantly die to the enemy Renekton and Orianna.

This sequence of events would repeat for around 15 minutes before Samsung finally switched up their strategy. Going for a battle of attrition, Samsung continued to sneak into Longzhu’s base to slowly chip away at the nexus until it finally fell. And with Longzhu’s attention split between the Baron and enemy backdoor, Samsung’s plan eventually succeeded.

Game three saw much of the same, with Samsung gaining another major lead. But instead of it stemming from Ambition’s play, this lead was grown due to all three of Samsung’s lanes winning their respective matchups.

Longzhu, behind once again were faced with the same situation as game two. But now Longzhu, without the Orianna or Ashe had no waveclear to withstand the super minions that flooded their base.

Now in sole possession of first place for owning the head-to-head record against SKT, Samsung look to further their lead in the standings on July 1, when they face the Jin Air Green Wings.