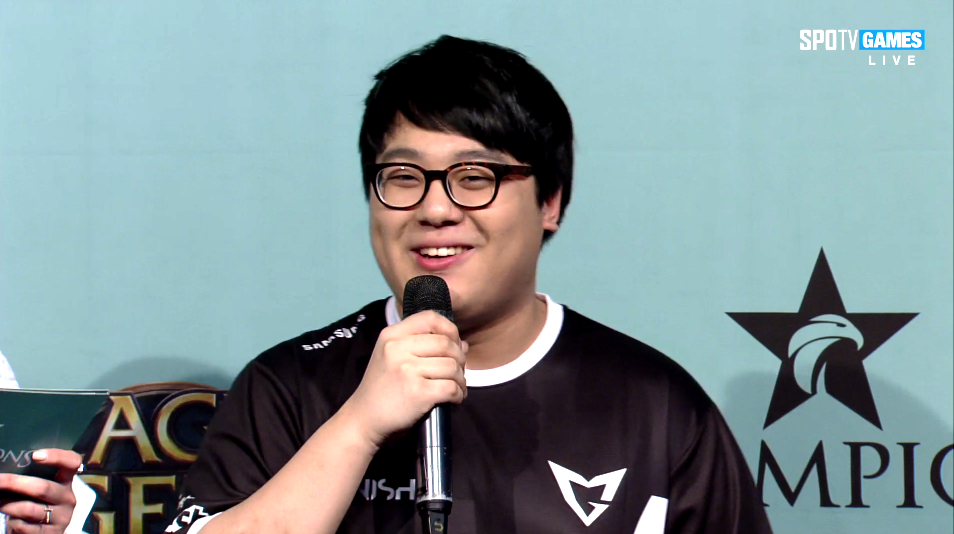 Despite the series ultimately going to SSG, game one was a display of complete domination from Afreeca.

A combination of Jang “MaRin” Gyeong-hwan’s annihilation of his lane as Renekton and a few early picks across the map created a lofty lead for Afreeca. Able to get Dragons and the Rift Herald uncontested, Afreeca had a firm grasp on the map. SSG, afraid to fight Afreeca head on decided it was best to concede these objectives.

But SSG soon realized this plan was leading them to defeat and tried to sneak a Baron in hopes to come back into the game.

This plan looked like it was about to work, but Afreeca’s jungler Lee “Spirit” Da-yoon made the hero play and stole the Baron. With the buff in hand, Afreeca rushed to the top lane, taking SSG’s inhibitor in almost an instant. Unrelenting, Afreeca then went straight to the bot lane to continue their push. SSG, who couldn’t fend off both Afreeca and a trail of super minions simply backed off and let Afreeca take all three inhibitors.

Aided by their super minions all flooding SSG’s base, Afreeca easily closed out game one in one final mid lane push.

Game two carried out just like game one, but this time it was SSG who dominated. Lee “Crown” Min-ho, on his patented Viktor proceeded to go off in game two, becoming a ball of destruction. First finding himself a lead, Crown then roamed across the map to create leads for his teammates.

Crown, in tandem with Lee “CuVee” Seong-jin’s Kled found picks all throughout the game, earning SSG control of the map.

The most important pick the two found came 28 minutes in. Killing an unsuspecting Spirit, SSG had a clear path to take the Baron. Afreeca tried to contest, knowing this buff would determine the game’s result, but fell to SSG. With three of Afreeca dead, SSG rushed to the nexus, tieing up the series.

Game three, despite the abundance of early skirmishes was without a kill until 15 minutes in. Afreeca brought both Spirit and Lee “Kuro” Seo-haeng down to the bot lane to dive SSG’s duo. Unsurprisingly, this four man dive succeeded with two kills going over to Afreeca. This gave Afreeca the first turret gold, Rift Herald, and the game’s initial lead.

But unfortunately for Afreeca they couldn’t do anything with this lead. Unable to get SSG’s mid outer turret despite countless attempts, Afreeca began to stall out, letting SSG scale up.

Impatient, Afreeca started a teamfight within SSG’s jungle. Kang “Ambition” Chan-yong, SSG’s jungler turned this engage back around on Afreeca, winning SSG the teamfight through an amazing explosive cask as Gragas.

The teamfight win led SSG to the Baron, and the series win soon after.

With tonight’s win against Afreeca, SSG take sole possession of first place in the LCK standings. SSG’s next major test will be on June. 15, when they play against the Spring Split’s LCK finalist, KT Rolster—the team that knocked them out of last split’s playoffs. There’s no doubt SSG will want to enact their revenge against KT next week with a series win.