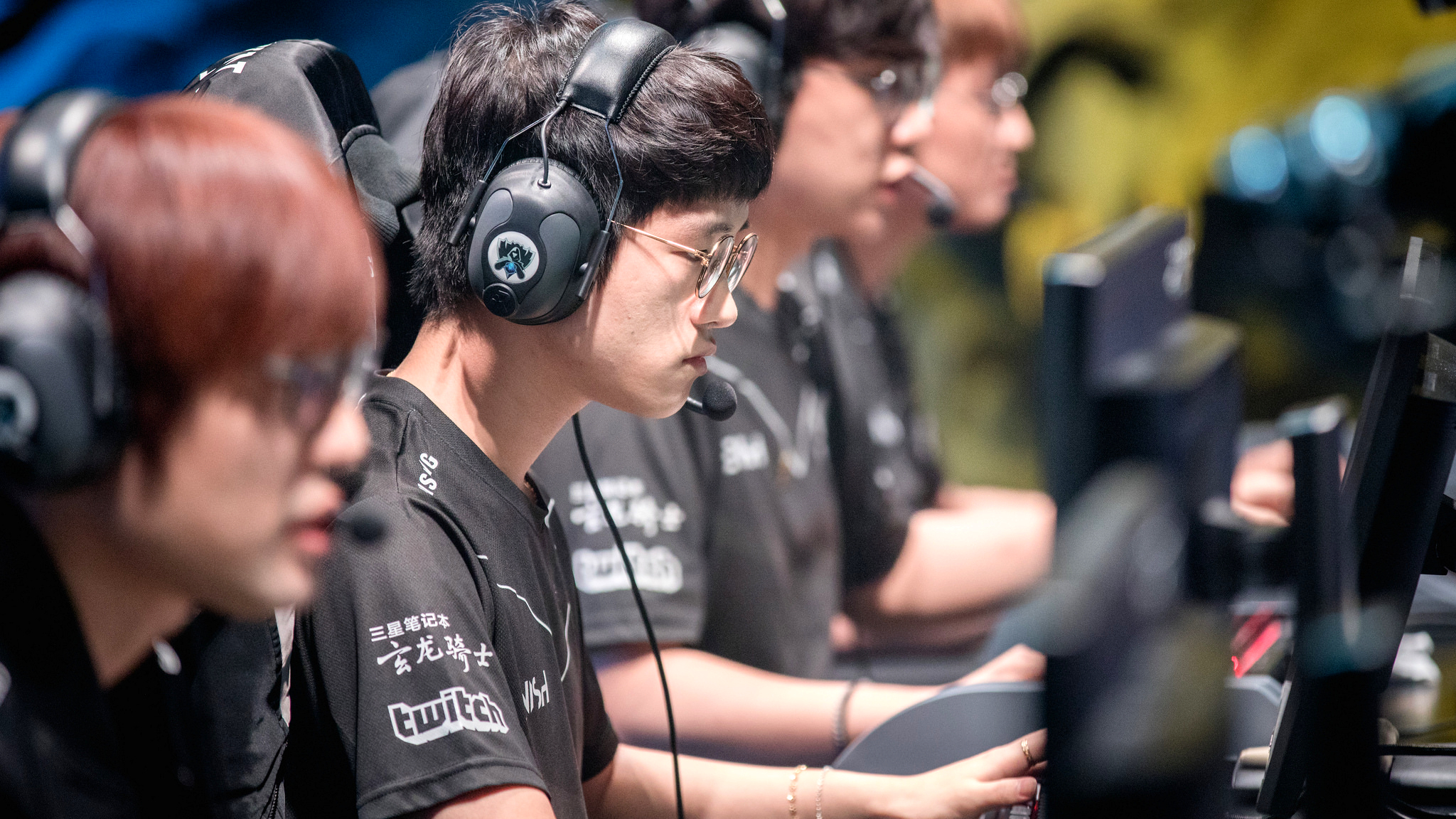 Fans in the Wuhan Sports Center Gymnasium roared in excitement as Royal Never Give Up annihilated Samsung Galaxy in what would be the game-winning teamfight.

The fans’ excitement wasn’t solely because RNG, the home team, beat Group C favorites Samsung Galaxy. It was the manner in which the feat was accomplished.

Led by jungler Liu “Mlxg” Shi-Yu, RNG, from start to finish, dominated Samsung Galaxy in every aspect of play. Mlxg controlled every single neutral objective and made sure to neutralize Samsung jungler Kang “Ambition” Chan-yong’s effectiveness through constant invades.

Samsung, who lacked pressure in all but the top lane, could do nothing to help their struggling jungler, and instead, fell victim to Mlxg’s stellar play. By the time RNG found their pre-30 minute victory, Samsung were down 11 kills to zero, with only two turrets taken to prevent the Chinese team’s perfect game.

For Samsung, who had a strong performance in their match against G2 Esports earlier in the week, to be beaten this badly stunned fans and pundits alike. Although Samsung struggled during the LCK Summer Split, their issues didn’t stem from the jungle, but mid and bot lane.

The problem when looking at Samsung’s loss to RNG was that Ambition’s laners couldn’t reciprocate the same level of support when he was in trouble. In Mlxg’s early invades into Samsung’s jungle, Ambition received little to no back-up from his teammates. Instead, Mlxg found the assistance of his bot lane duo, who also moved into Samsung’s jungle to help steal the Red Buff.

With their jungler, who normally helped them get through the laning phase unscathed, now out of commission, Samsung’s laners fell further and further behind in gold and experience, which at the same time gave RNG the massive lead to end the game.

As the only Korean team to drop a game in the group stage so far, Samsung enter day four of the World Championship with a chip on their shoulder. Expected to finish their group in first, Samsung are now behind RNG in second place.

Moving into the second half of the group stage, Samsung’s mid and bot lane duo need to up their lane pressure. Whether it be through more lane dominant champions like Lulu and Syndra, or simply playing more aggressive, Samsung’s laner can’t afford to lose pressure to the likes of RNG anymore.

If Samsung can’t up their pressure in time for their rematch with RNG, we may see last year’s World Championship finalist enter the bracket stage as a second seed.